Ever since News International vacated their site at Convoys Wharf in Deptford, plans have been rumbling around for huge redevelopment that will bring thousands of homes.

Under Boris Johnson’s Mayoralty, the decision to approve outline plans was taken out of Lewisham Council’s hands after developer Hutchison Whampoa claimed they needed approval quickly.

That was four and a half years ago. Only now are we seeing the first detailed plans. 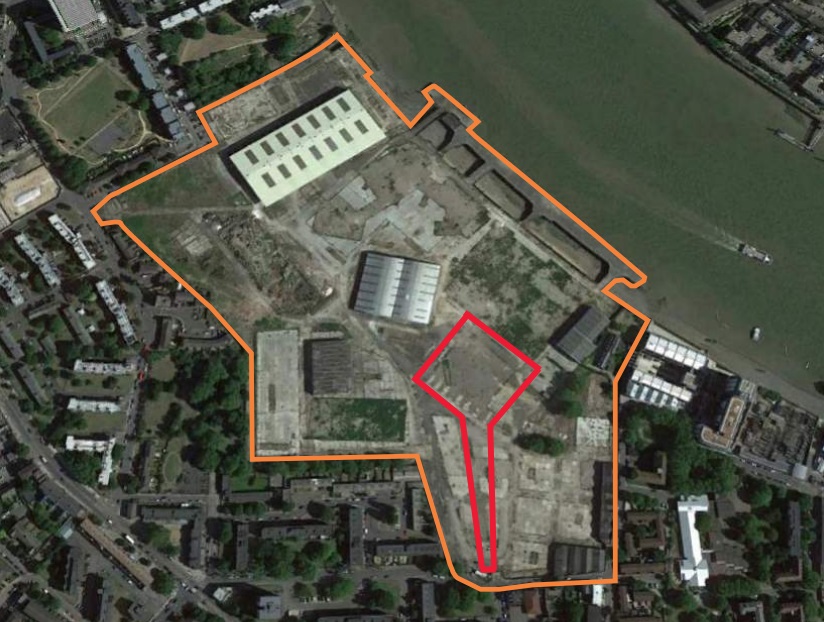 This prime site has now been empty for 18 years in the midst of a housing crises. This drone footage featured on Deptford Dame shows the extent of the site.

The outline approval includes around 3,500 on the site north of Deptford High Street. This first detailed plan is for 456 homes.

They havn’t been using the past few years to come up with any particularly interesting or innovative designs.

In fact, it all looks a bit cheap, with grey cladding between windows on one corner building. 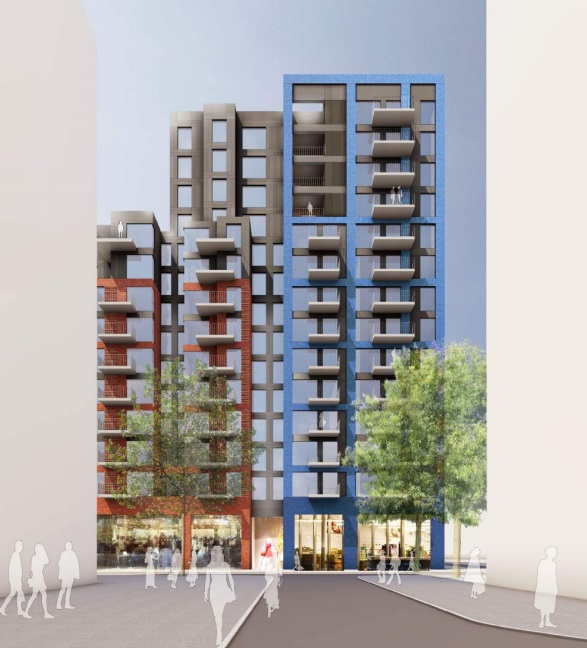 I do however like the use of blue brick to enliven one corner building.

Flats are located in mid-rise blocks around a central podium with commercial space at street level. 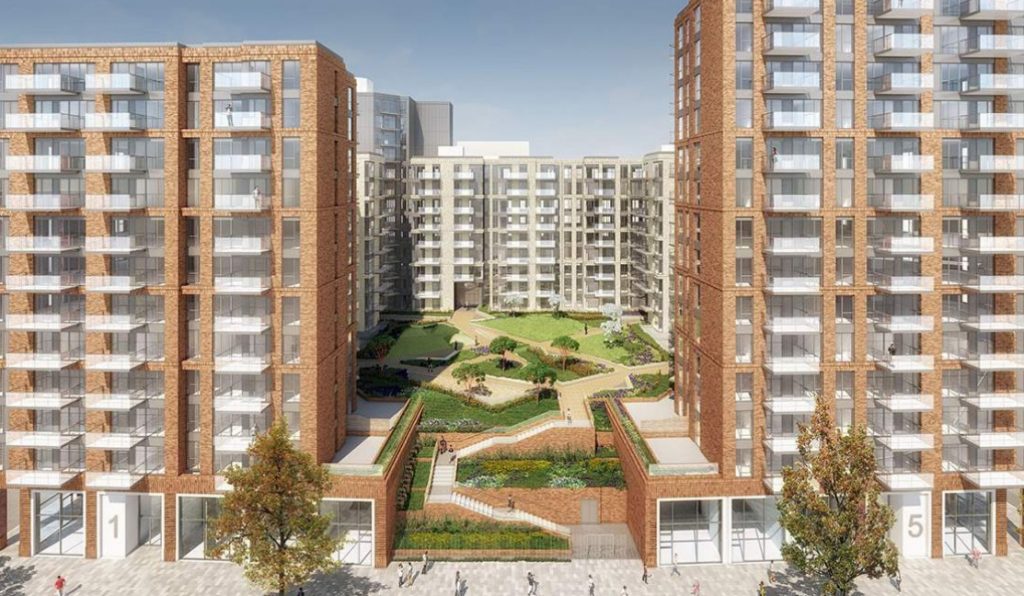 Cycle Superhighway 4 is to be built just south of the site and run to Tower Bridge. 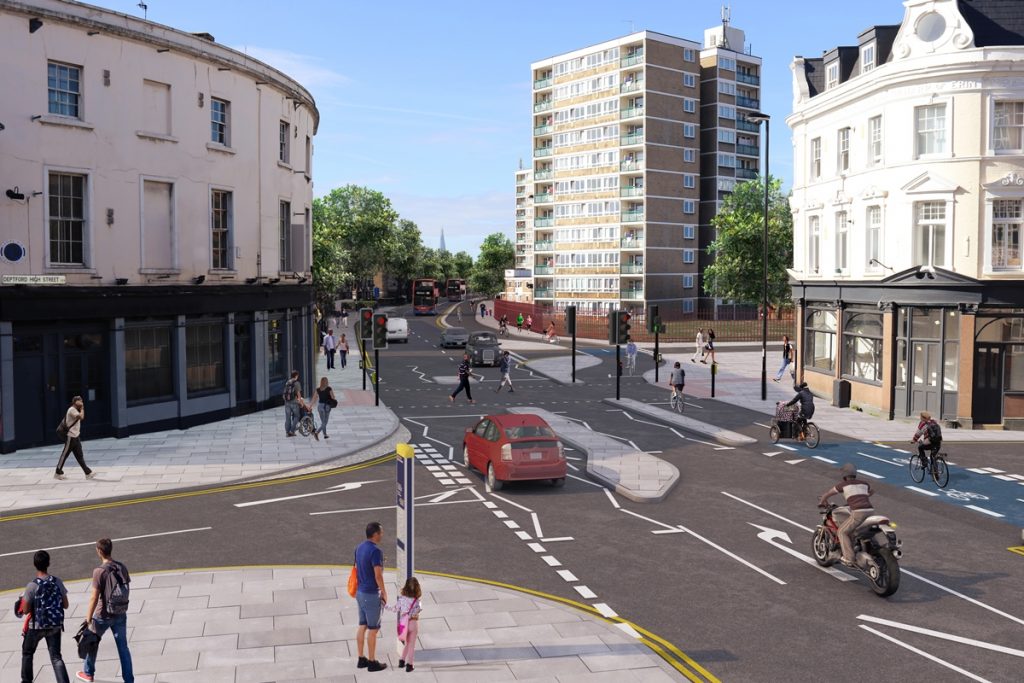 Deptford station was rebuilt around five years ago but still has very few staff and limited ticket office hours. Whether a DfT franchise will fix that is unknown. TfL were planning for all-day staffing at the rapidly growing station until a takeover was blocked by Transport Secretary Chris Grayling.

Like the site? Consider becoming a supporter at Patreon.com/TheMurkyDepths 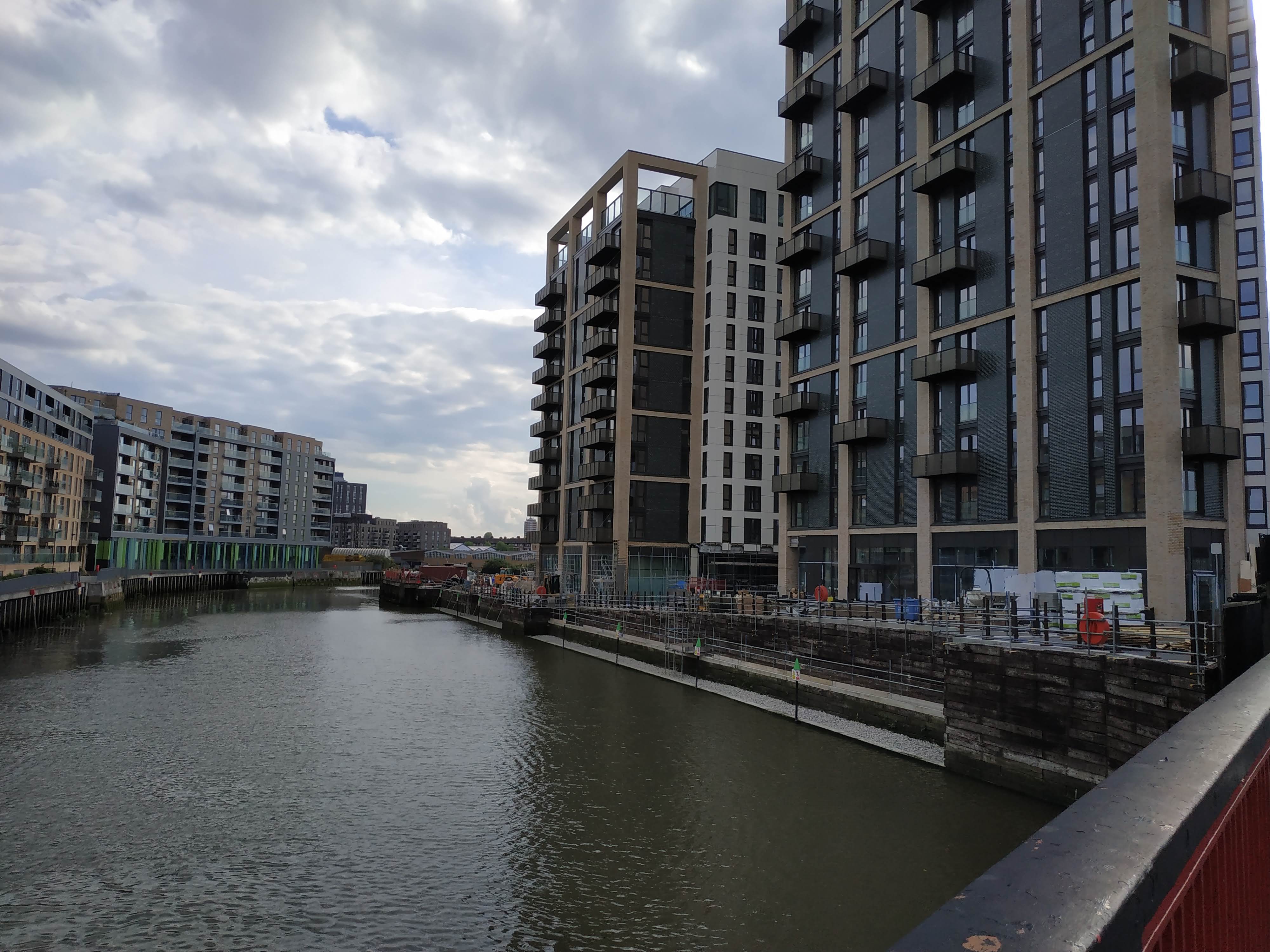 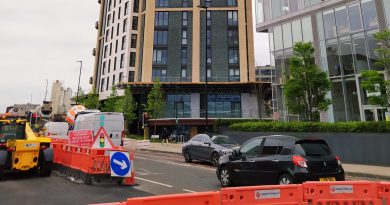