Plans for towers in Charlton have been revised down in height under new plans submitted to Greenwich Council, with 771 homes now planned and retail units close to Charlton station.

The Charlton Champion site has done a great job covering the plans. Here’s a few other things I noticed. 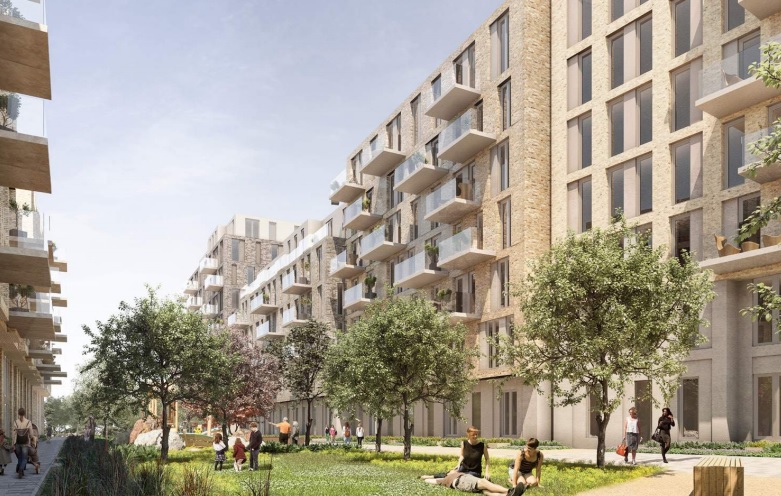 The amount of money it will bring to Greenwich Council through the Community Infrastructure Levy is £3,569,028.

More money will come in via Section 106 agreements though they aren’t finalised. Given the scale of development it should be in the low millions. 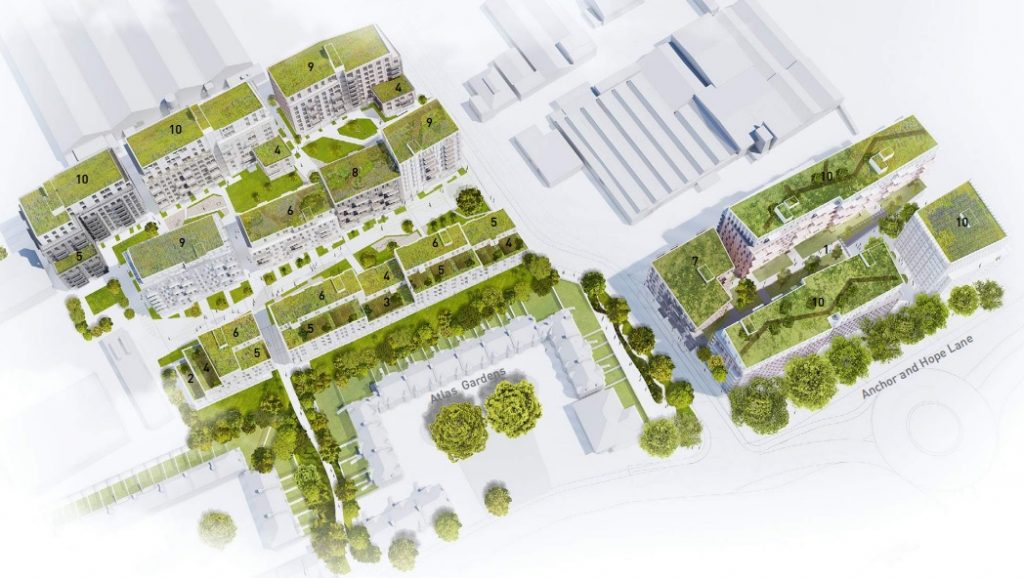 If previous examples are anything to go by, don’t expect it to be spent soon or even much of it in the local area.

I’ll throw some ideas in the mix though. How about an improved public realm around Charlton station? Lose the clutter and add more cycle stands and better lighting.

The areas around and under the Blackwall Tunnel approach are obvious contenders for improved public space for those walking and cycling west.

And the junction junction between the development and Charlton station is based on 30-year old design principles. Lots of tarmac and pedestrians forced on detours to cross roads or blocked full stop.

It’s very poor for people on foot and ugly to boot which does nothing for civic pride.

Also, there appears to be scope for segregated cycle lanes by narrowing the central reserves (there’s actually two).

A transport study included in plans claims that the existing bus network can cope with additional trips. Though developers will still provide money to TfL to improve services. If their assessment states existing capacity is already fine will it be spent locally?

Likewise with rail the existing network can take extra passengers according to their report. This is probably true post-Crossrail, though right now? And even in future, given the scale of development in coming years may change that.

This is the first scheme of 7,500 homes at Charlton Riverside.

Other plans from U&I and Galliard are for 370 homes at Westminster Industrial Estate and 570 homes from Komoto by Herringham Road and the Thames Barrier.

In terms of architecture, uninspiring tall buildings has been replaced by somewhat uninspiring squat long blocks.

Its all very boxy but looks decent in a restrained way. Though the use of materials has certainly improved.

The plans do not provide a simple junction for future buses or a potential Waterfront Transit routes at Anchor and Hope Lane and Bugsy’s Way as the masterplan envisaged.

Instead buses would need to take an awkward left right turn at Anchor and Hope Lane to reach Bugsby’s Way.

Below is a map of the site. The blue line is where a public transport lane would ideally meet the roundabout and does so in the masterplan. The red line is what they propose. 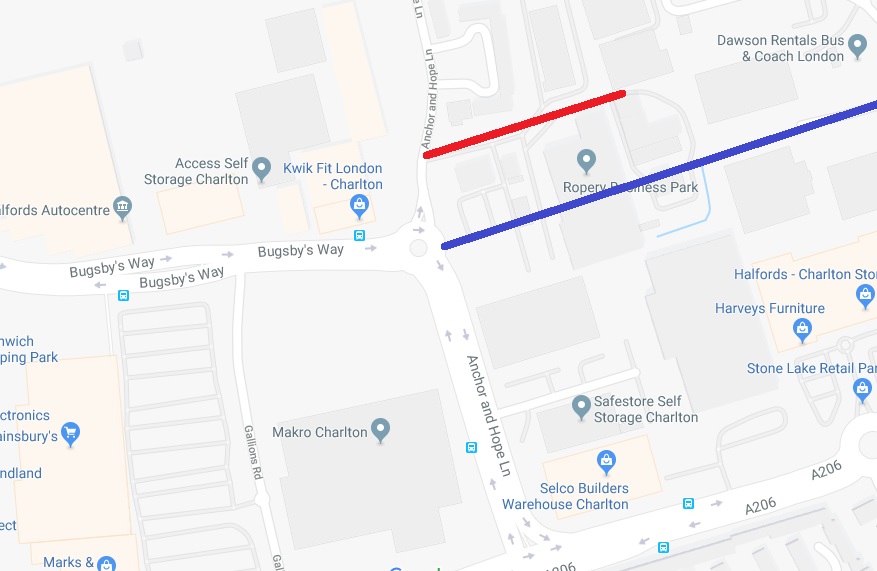 Could this layout wreck plans for a tram in future? The eventual aim of Greenwich Waterfront Transit is to see one. How will it negotiate tight 90 degree bends?

Better to ensure good junctions are installed at the beginning before 7,500 homes are built in the masterplan area, alongside over 20,000 just west at Greenwich Peninsula.

Please help support independent journalism in SE London. I write and manage the site alone so any help is greatly appreciated. Click here to donate. 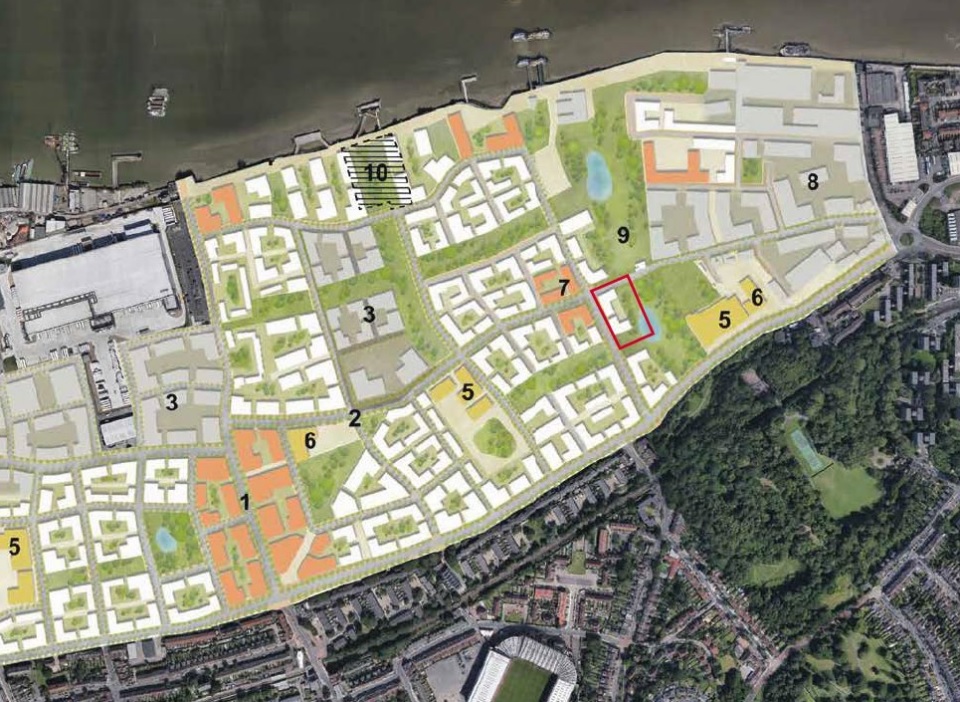 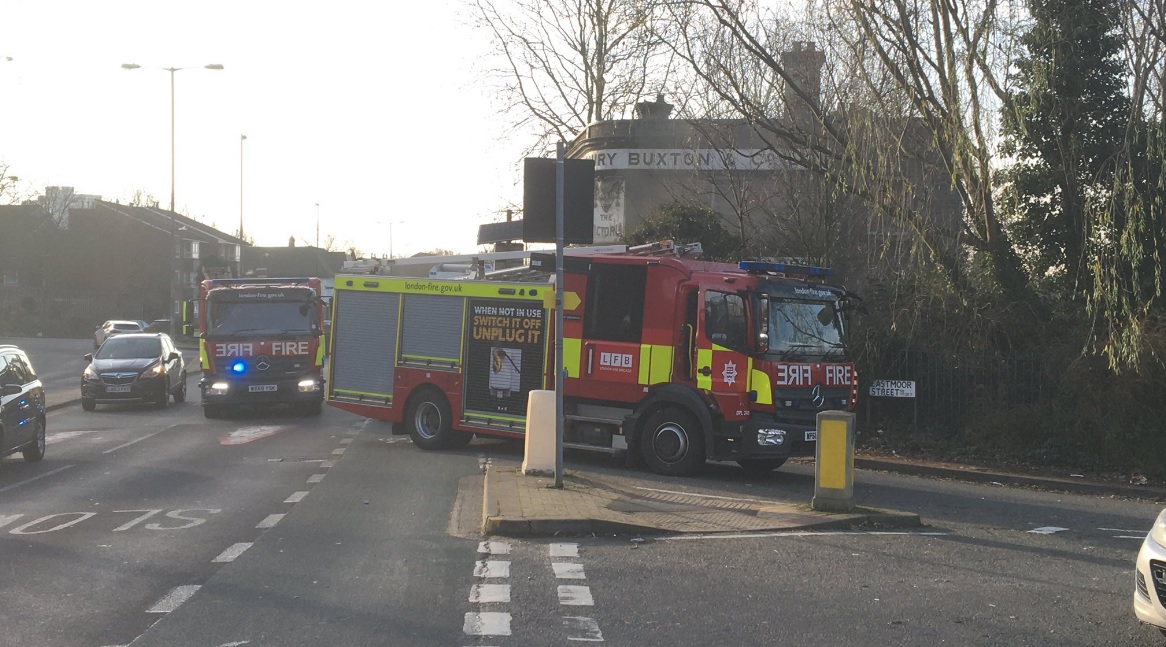 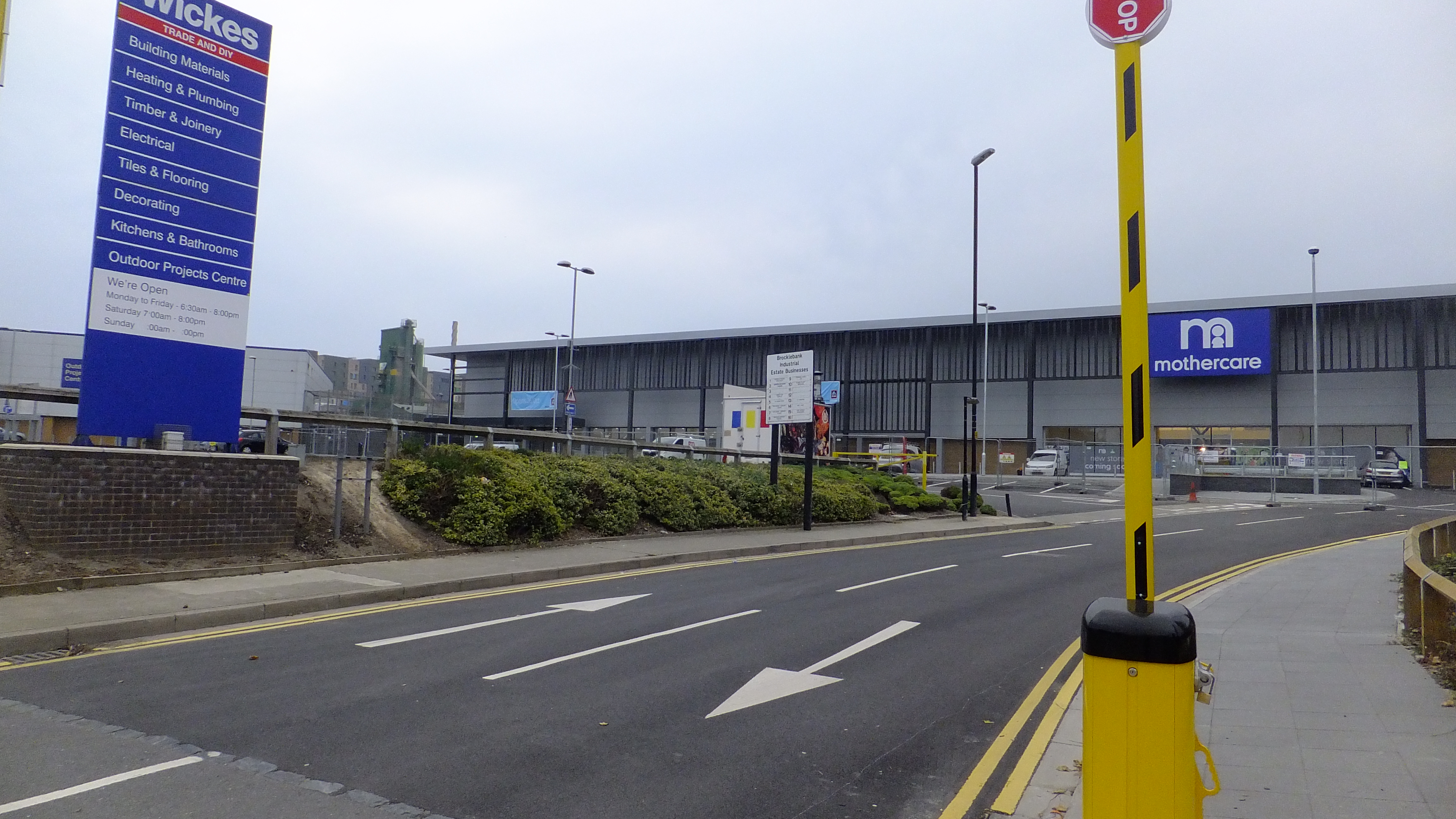 7 thoughts on “Charlton Riverside’s first big development revised. How does it now look?”