Whilst Transport Secretary Chris Grayling was today announcing unfunded plans to re-open long-closed lines across the UK (spoiler: it’s a PR exercise with no money alongside), the Department for Transport slipped out details of the next Southeastern franchise.

As you may remember, Chris Grayling blocked previously agreed plans made by his predecessor Patrick McLoughlin to devolve responsibility of Southeastern Metro routes to Transport for London. This left power in the hands of the Department for Transport which have done little for Metro routes for over a decade.

Cuts on the Greenwich line

And today we see the DfT’s plans. The first big stand out is a cut on Woolwich line services from eight Southeastern trains an hour at present to six. Presumably this is because they expect many to switch to Crossrail.

On the Greenwich line, two of the six will run via Lewisham but instead head towards Cannon Street cutting the link to Charing Cross. These trains would possibly stop at St Johns and New Cross which slows them down but would offer a link to the London Overground.

The reduction leaves stations such as Greenwich and Deptford with a drop to four South Eastern trains an hour instead of six at present. This is despite many new homes now underway.

Thameslink trains are planned along the line though doubts remain over reliability and under current timetables they will skip some stations meaning permanent cuts at places such as Erith.

The plans show just how micro-managed private railways are. The government has more power, and uses it to intervene in the network, than happened with British Rail before privatisation.

The specify most fares, timetables, rolling stock and service levels. In this invitation to tender they propose a minimum of four trains per hour to Belvedere and Erith. Presumably they aren’t aware of massive housing growth planned in these areas under Bexley’s growth strategy, though they have been told.

Bexley Council are planning 8,000 new homes and an outlet shopping village in Belvedere alone, with 6,000 new homes in Erith and 8,000 in Slade Green.

One perennial issue with power remaining at the DfT is they’ve demonstrated many times how they lack local knowledge to the same extent as TfL.

They also specify just two trains running round the loop from Barnehurst and two from Crayford to Abbey Wood. Better than now, but that level of frequency from each line won’t result in many passengers using Southeastern to reach Abbey Wood Crossrail. The loop trains are always the first to be cancelled if late too. It just won’t be reliable. Bexley Council have asked about this but it appears the DfT have done something, but is it enough?

This is a brief overview and I will add more in time but one stand out is that the Victoria to Dartford service is now altered to run via Sidcup and not Bexleyheath.

The Bexleyheath line must see a minimum of six trains an hour which is a cut from current levels (with four planned from Charing Cross and two from Cannon Street) though they leave the option open for 10 trains an hour during the peak at the expense of the Greenwich line.

If that did happen, then six would run from Charing Cross and four from Cannon Street. It was suspected the earlier claim to send all trains to one terminal was a massive red herring to distract from blocking TfL taking over lines and implementing improvements planned such as all-day station staffing to man barriers and increase safety. It distracted many politicians and media outlets though so from Grayling’s perspective it was job done.

As stated, the Sidcup line would gain the Victoria service from the Bexleyheath line and be the biggest winner though it’s the line with lowest passenger growth and the lowest number of new homes planned under local authorities’ planning documents. Good old DfT at work again.

Trains from Victoria to Lewisham increase to four an hour – the other two aside from the Sidcup line is via the Hayes line. Good news there.

They want to speed up Metro journey times by 10-15%. Again, welcome given they’ve been progressively slowed over the past 10-20 years (often by much more than 15%) and the London Bridge rebuild has increased lines through the station.

There’s the usual stuff about wifi which is not specific to this franchise as every operator has to provide it based upon a government announcement back in February 2015.

In terms of new trains they are leaving it up to bidders to replace or renovate Networkers.

Grayling’s other big idea is closer working between Network Rail and Southeastern. This was attempted before with South West Trains and Network Rail and it fell apart. It’s a good idea in theory but whether it will work any better in future is another story.

There’s a lot more to trawl through and I’ll be looking through it shortly. On first impressions it doesn’t look good for many. Many improvements TFL proposed are absent. Many of the existing issues remain.

Many had little faith in Chris Grayling to deliver. Some said he’s want to make amends for blocking TfL running London-area services to Dartford. Based on what’s been seen so far the former and not the latter is the case.

EDIT: Some more snippets – there’ll still be no boxing day services. No word yet on extra staffing into the evenings which has transformed London Overground and which TfL proposed for Southeastern to increase safety. In addition, stations with barriers left open losing revenue could well continue.

In many ways it’s those areas where TfL had the chance to be transformative. The tracks and signalling only allow so many trains. Issues around the service like staffing, safety, lower prices (TfL have frozen many fares whilst the DfT insists on RPI inflation increases above 3% for season tickets and 5%+ for pay as you go) and housing around stations that look to be lost with the DfT still calling the shots.

If anything here is incorrect or I’ve missed something leave a comment below. There’s a lot of documents. 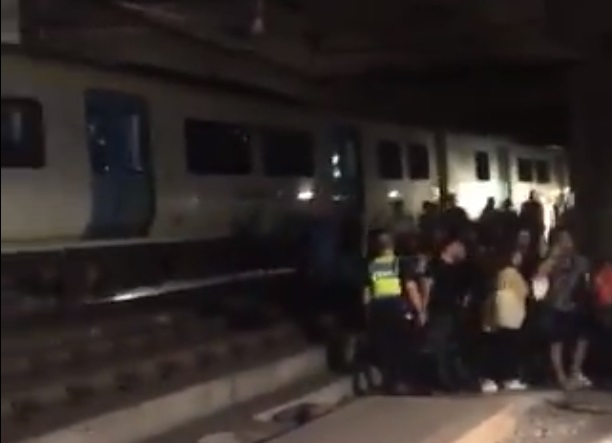