It’s that time of year when councils across London reveal how they intend to spend millions of pounds next year provided through the Local Implementation Plan from Transport for London.

Greenwich Council have just revealed their plans and have £3.1 million to play with. There’s been a slight cut due to TfL’s financial problems. The fund is to improve streets and public spaces and has broad scope.

It was covered heavily on this site last year as Greenwich’s plans were far less thorough than other London authorities and drawn up after pretty much no prior consultation with residents.

Indeed, we are now more than half way through this financial year and many proposed schemes havn’t even been revealed to the public yet, let alone gained feedback which could alter plans. In effect, its now so late the public will have no meaningful input before the year is up.

The good news is that there’s slightly more detail from Greenwich Council this year. It’s still lacking compared to other boroughs as well as their own cycling strategy which should’ve offered a template when drawing up plans and engaging with the public. This is big money after all.

Once again there’s little explicit mention of improving those areas which are at the heart of every town – the High Street and shopping parades. This is in stark contrast to, say, Lewisham borough.

The rejuvenation of a place such as Brockley shows what this annual income can do. The state of Plumstead High Street and Lakedale Road, to give one example, shows what 20 years of not focusing on High Streets does.

Newham Council, to give another example, do focus heavily on town centres. Improving streetscapes in town centres and around stations is mentioned in their document:

It’s interesting to compare and contrast Greenwich borough with other authorities to see how money is there to improve some of the worst areas to walk and cycle.

Over in Newham they’re using money to improve pedestrian crossings at roundabouts near the Royal Docks. It’s very similar to what I’ve advocated at the huge roundabouts in Charlton and Greenwich Peninsula:

The plan in Newham is to use TfL money in conjunction with other income. Greenwich Council could do likewise given they’re awash with S106 money from Greenwich Peninsula developments along with large sums of New Homes Bonus cash (£13.7 million this year alone).

Newham also have a scheme whereby councillors lead on schemes with resident input on initiatives such as parking and crossings.

Instead of schemes emanating from departments without prior consultation this method is ground-up via local representatives.

Another excellent idea included in Newham is “creative lighting” to improve dank, dark areas under flyovers which puts some people off walking.

Again, the kind of thing I’ve covered before and could improve areas of Greenwich.

One such ideal spot is under the Blackwall Tunnel flyover. Another under the Angerstein rail line on Bugsby’s Way when walking from the Peninsula to Charlton shops.

Some will say these aren’t possible due to TfL and/or Network Rail. Yet many other parts of London do it. Maybe the issue isn’t mainly at the TfL end? Councillors could ask more searching questions of Greenwich Council departments.

Newham also have a plan to de-clutter streets. This is a relatively cheap thing to do which can greatly improve the daily experience of pedestrians and cyclists.

The above photo shows the all-too-common issue in Greenwich of poor design and implementation, with a pole installed slap bang in the middle of paving in Plumstead without any thought.

Using this fund for decluttering would be see some easy wins. Then again it would mean the removal of some of those bloody random wooden bollards so it’s probably off the table.

Whilst Greenwich’s plans do show some good ideas it’s all pretty slight and still a long way behind other boroughs. Newham shames them really with a wealth of good ideas.

There’s still no real focus or recognition in Greenwich of what makes streets and areas appealing to visit on foot or bike, to spend time in, to enjoy and socialise.

There is mention of £110k on Eynsham Drive in Abbey Wood next year. Welcome though this is, £120k was supposed to have been spent on the road this year:

Like most schemes there has been no consultation whatsoever about it. Nothing has happened.

Next years plans look like this. Hopefully this isn’t too small to read:

We get a paragraph this time beside each scheme laying out details which is an improvement on last year.

Spending some money on upgrading crossings at Eynsham Drive is mentioned and though not a bad use of money, it’s hardly the most pressing issue in the area.

I know the area well. The shopping area is tired. The lighting and street furniture are poor. The place is bleak. 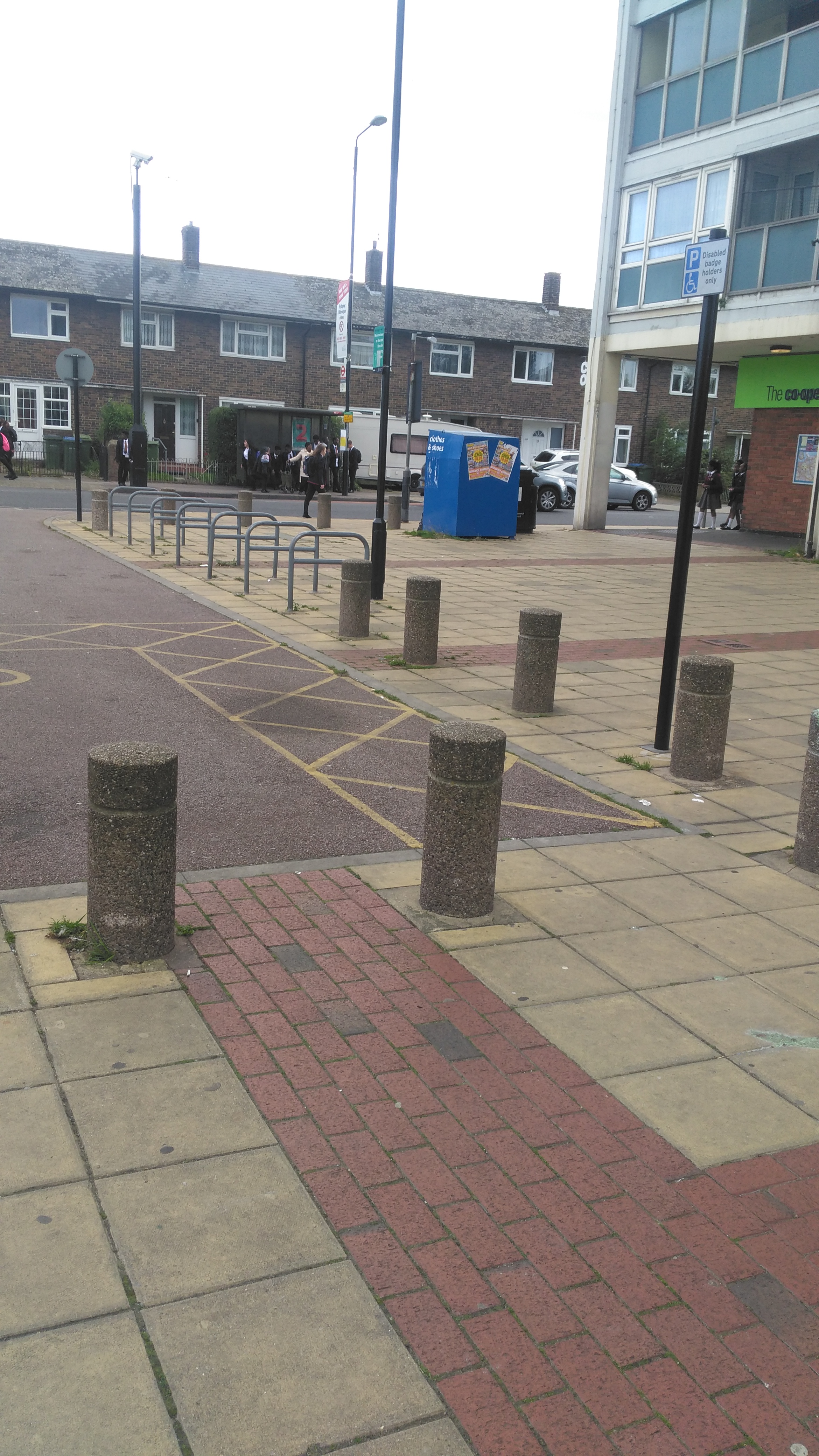 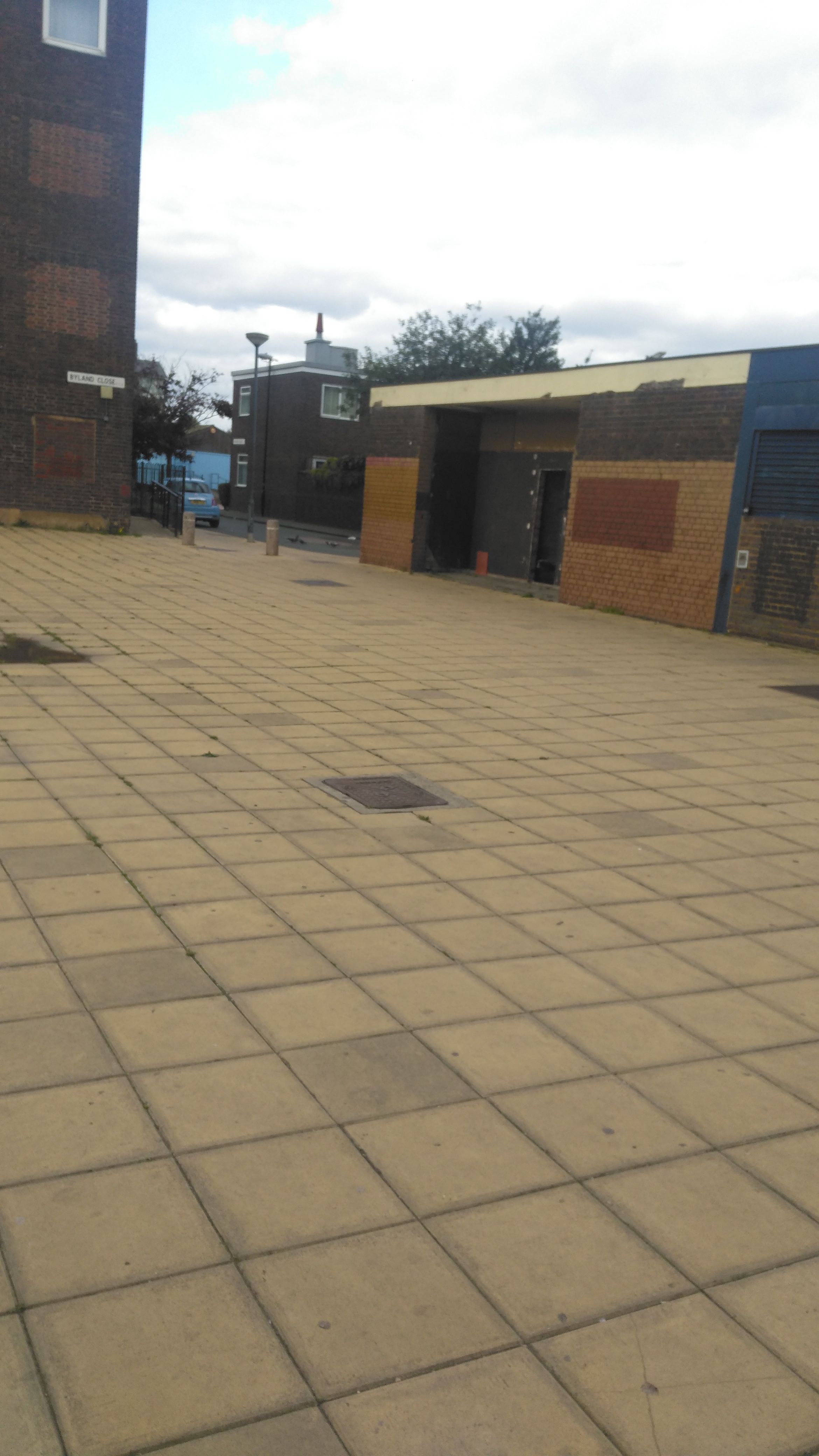 There’s little greenery or trees. Nothing is mentioned in the above document to  improve this spot to gain more footfall, increase its appeal and improve civic pride. People will still get in their cars and go elsewhere.

It’s likely that the money will simply result in yet more signage and clutter along the road with some adjusted kerb lines to narrow the road and block buses.

Nothing will happen with the adjacent shopping area which includes the community centre and dentist, nothing on pavement parking which is widespread (maybe some more random bollards installed instead of actual enforcement) and nothing on boosting a very tired part of the borough.

Excuse the cynicism but it’s been 20 years of the same old.

Woolwich Road being upgraded is great to see in the list. It’s pretty awful right now.

The cycling element isn’t too impressive though. Only “consideration” of light segregation.

The clear statements seen in Newham’s plan are absent here. No mention of removing accumulated obstacles and clutter is listed beside specific schemes.

So whilst this years submission is a slight improvement the ideas prevalent in so much of London aren’t seen. It’s all about the road again.

Yes, better crossings are good for pedestrians but if people cross and still reach run down local shopping areas cluttered with obstacles and poor access to bus stops and stations then its in the car they go.

The only way it will improve across Greenwich borough is if councillors start demanding better. Departments seem to fob some off with mention of 20 mph zones and things like “considerations” of schemes . But other boroughs are doing that and  including promising plans.

Instead of demanding more from departments though we’ve seen the council’s Deputy Leader and Head of Regeneration telling residents hoping for greater input and better plans that doing so is “just producing paper”. And so another year passes, millions are spent, and very little changes.

In a future post Lewisham’s plans will be covered. Like Newham, improving busy pedestrian hubs such as shopping parades are far higher in prominence.

Running this site takes time and costs money. I hope you enjoy it and any help to support it continue would be MUCH appreciated. Donations can be made at Patreon.com/themurkydepths 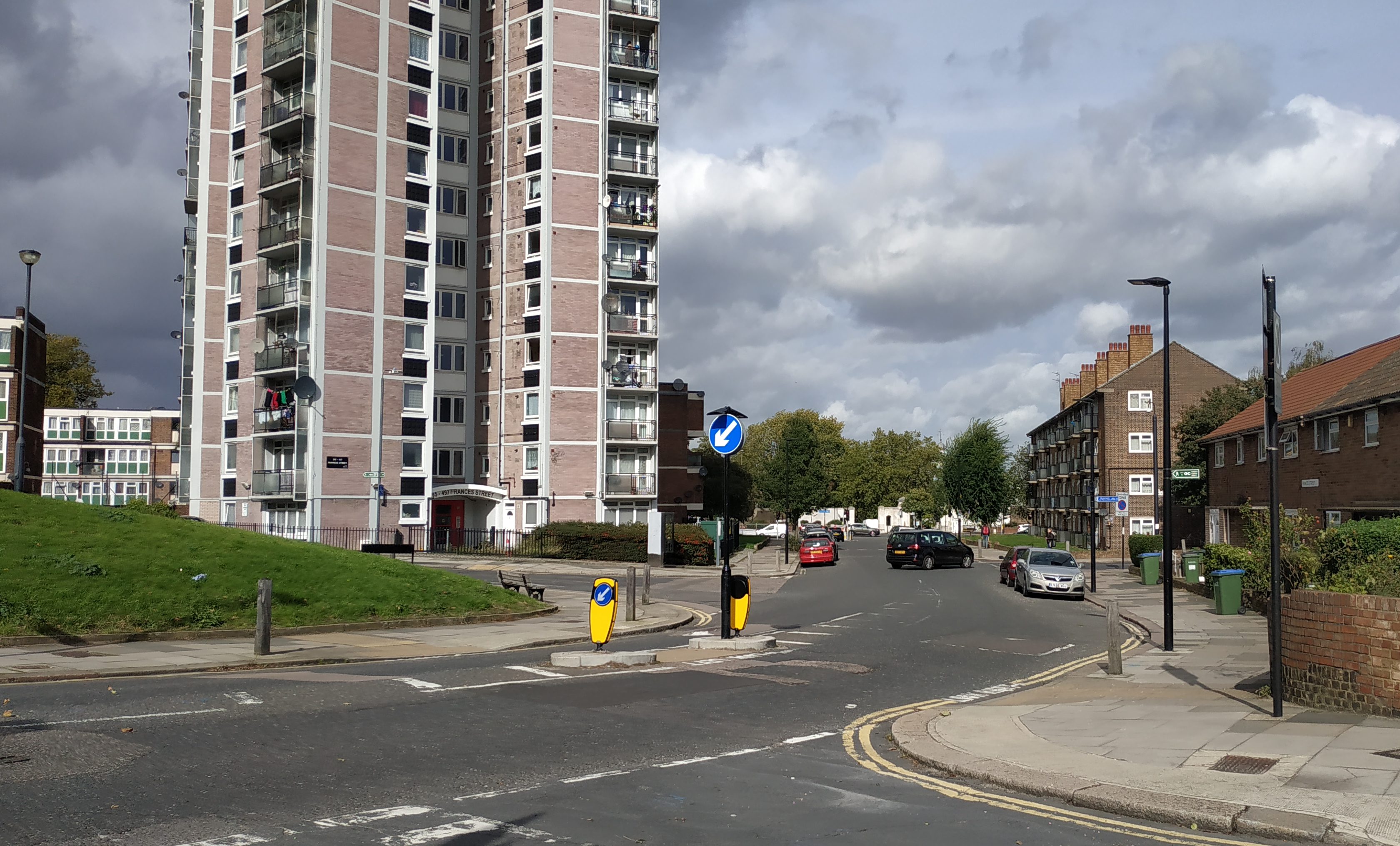 4 thoughts on “Greenwich Council announce where £3.1 million from TfL will be spent next year”