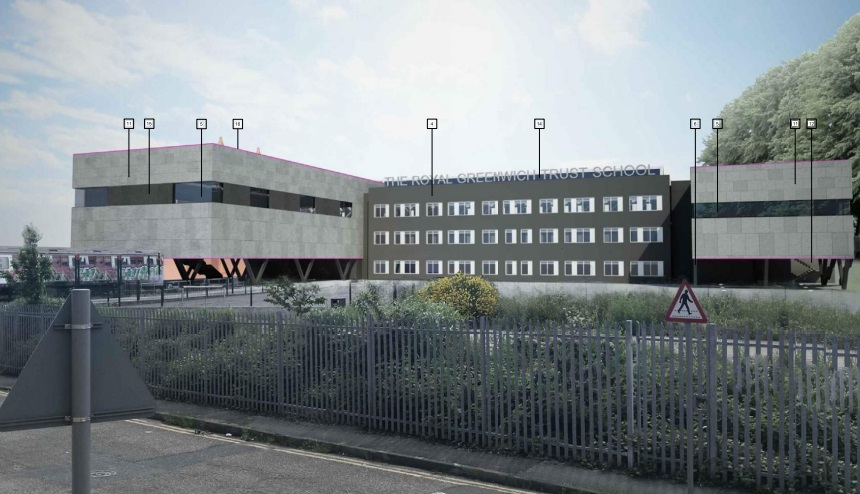 The school is part of an Academy Trust called the University Schools Trust
East London. Greenwich Council is funding the scheme. Under the academy system taxpayers fund but have little say over how it is run.

The school is located on Woolwich Road near the Thames Barrier. At least 7,500 more home are planned in the area under the Charlton Riverside masterplan. When other sites in Charlton are considered, such as hundreds of homes at Victoria Way, the total number of homes coming is closer to 8,500. All very much needed with the severe housing shortage. 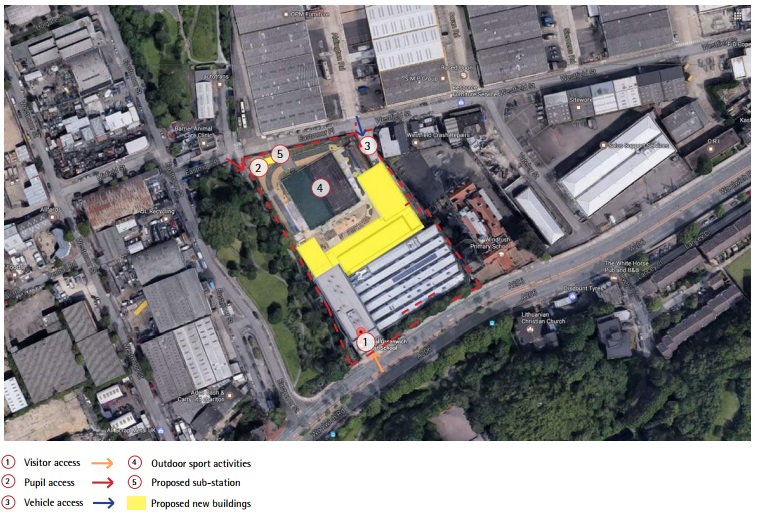 With the housing need in London becoming ever more severe as population pushes towards 10 million, it’s a shame this scheme does not plan for any housing above. It also does little to alleviate the blank frontage on a large section of Woolwich Road. 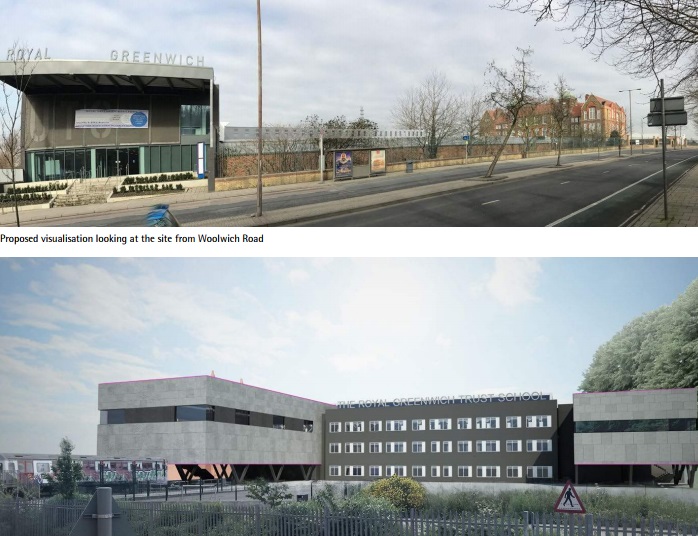 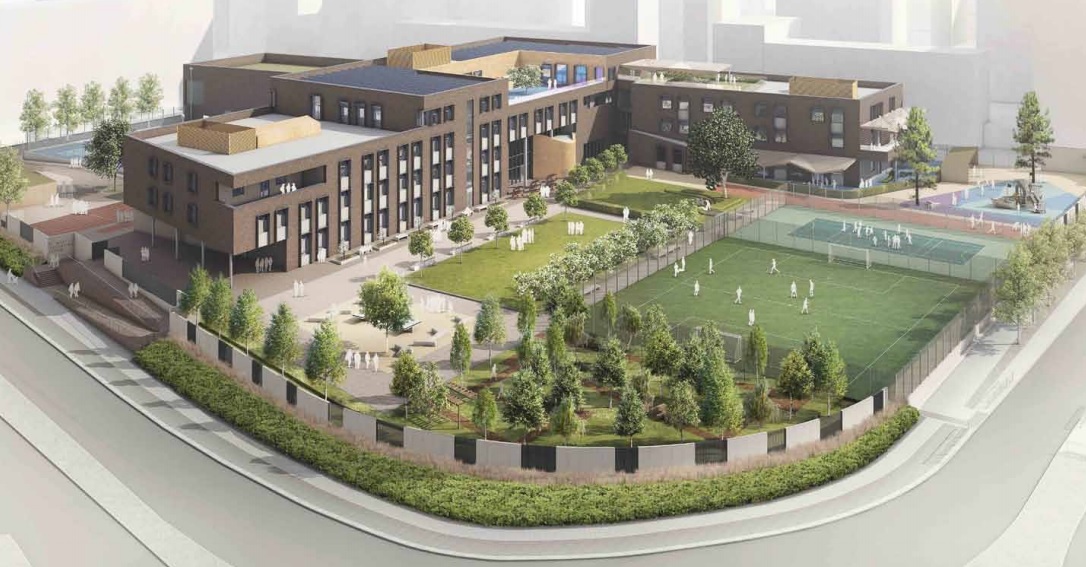 Other schools are under construction in the area. The planned 1600-pupil St Mary Magdalene school is well underway after a few hiccups. It’s located a mile or so west at the southern end of Greenwich Peninsula. 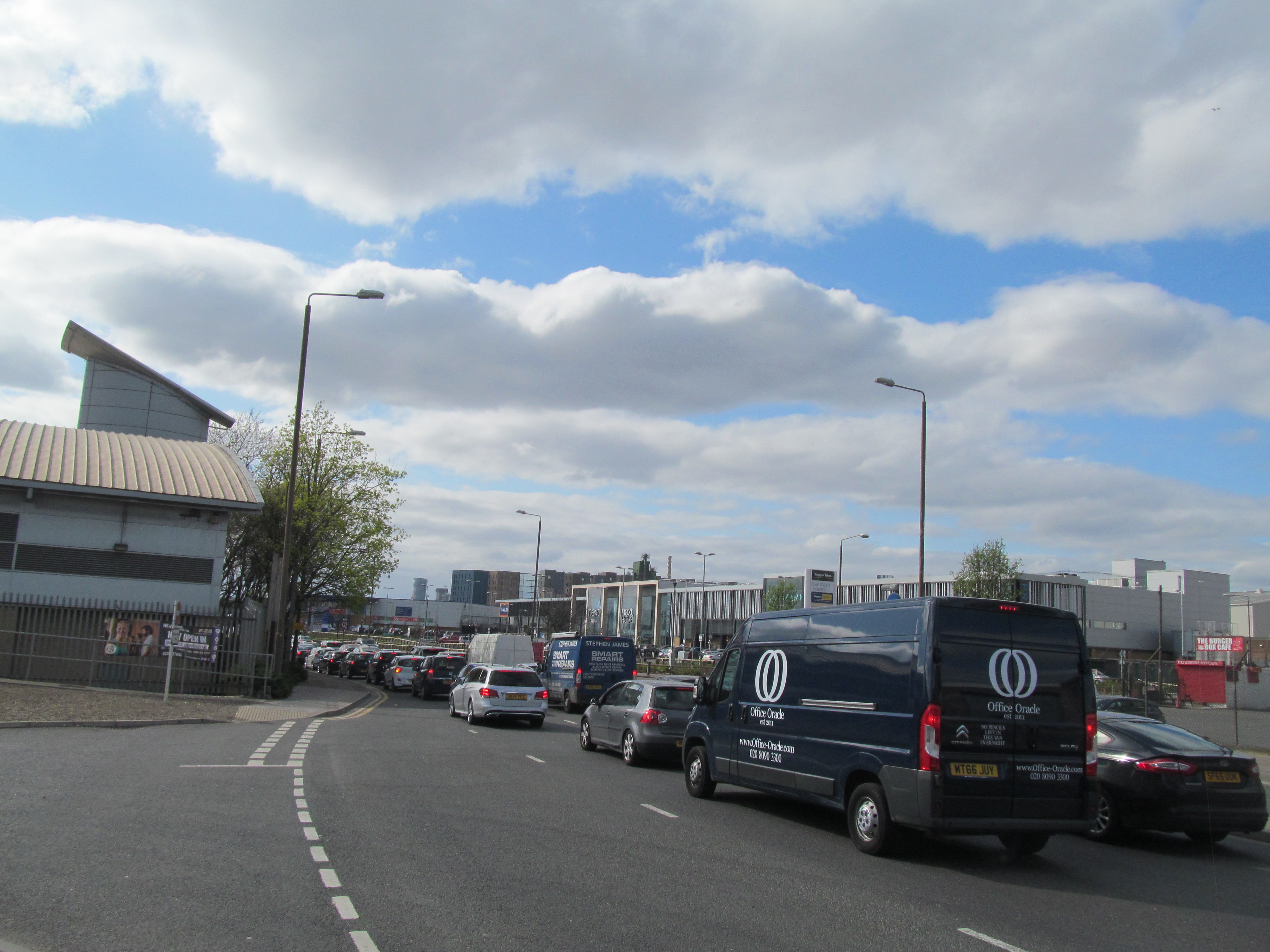