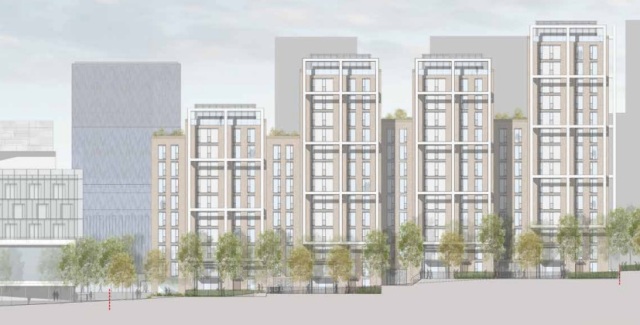 These are the plans to demolish and replace 25 low rise flats on Wellington Street in Woolwich. 124 new homes are proposed. The site has been used for low rise housing by the Ogilby Housing Association since the 1950s.

To the left on the image above is the recently built Woolwich Centre and library. Behind can be seen the outlines of buildings planned for the site behind Tesco. Planning permission for that project was rejected earlier this year, but the masterplan does include high density housing. Tesco sold the site in October, along with others including Bexleyheath, Dartford and Lewisham, to Meyer Bergman. Given what was built and proposed at various sites, few will shed a tear over that news.

The plot forms part of the larger ‘Thomas Street Masterplan’, commissioned earlier this year. I wrote a post covering the plans which can be seen here. That plan saw 87 flats on the Ogilby site, which has now been boosted to 124.

To the immediate rear of the new flats is a proposed pocket park. There will be access from either end of the block. 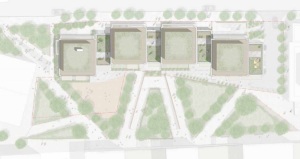 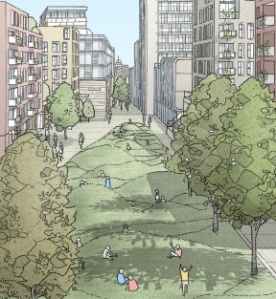 The blocks range from 8 storeys beside the Woolwich Centre to 15 at the corner by the south circular.  Future plans for the former Tesco site are likely to move the tallest tower to that area, as opposed to the corner with Grand Depot Road where it loomed over listed Mews. Moving also locates it closer to the existing council tower block.

As I wrote earlier in the month, it joins a large number of other new builds nearby. On the other side of the street is the former cinema beside the Town Hall whichis currently under demolition for a block. In addition, the job centre is to be converted to 60 flats. 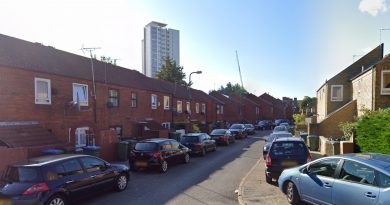 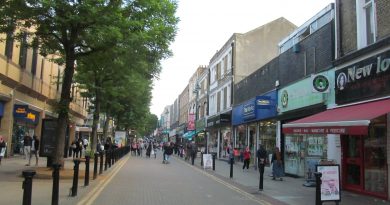