A few more things stuck out when looking at train changes planned for next August after yesterday’s post. As noted in the comments, between 5-7 pm there’s a planned reduction in trains from Cannon Street and London Bridge to Greenwich from 13 to 10. Two of the 13 services that currently run from London Bridge are fasts which only stop at Greenwich and not Deptford, Maze Hill and Westcombe Park. This means Greenwich loses three trains in the evening peak from 5-7pm, but Deptford, Maze Hill and Westcombe Park lose only one. As the 10 trains planned in the evening peak after August 2016 stop at Woolwich Dockyard, this prevents longer 12-car trains running as the short platform issue has not been resolved.

In the morning from 7-9 am, Greenwich station currently has 11 slow and 3 fast trains to London Bridge and Cannon Street. Under these plans it would have 9 slow services and no fast trains.

Charlton and areas to the east don’t do so badly. They lose Cannon Street trains but gain more Charing Cross services. There’s also more late trains which is to be welcomed.

Though there are some longer gaps at stations to the east. Plumstead will see a 16 minute gap in the morning peak – from 07:49 to 08:05. This is despite a train running between those services which calls at Abbey Wood and Woolwich Arsenal yet skips Plumstead, despite stopping at every following stop including Woolwich Dockyard. Looking at the draft timetable it seems possible for it to make a stop and not lose time, as six minutes is allocated from Abbey Wood to Woolwich Arsenal with no Plumstead stop, which is the time given when trains do stop:

Plumstead station is seeing steady passenger growth, and should have 1.5m users this year. A 16 minute gap at the busiest time of the day is far from ideal. The same happens again with a 15 minute gap from 08:22 to 08:37. Again, another train runs between calling at every stop after Abbey Wood except Plumstead. It only takes one cancellation and Plumstead has a 25 minute morning peak gap. Notice also the gap at Deptford from 08:30 to 08:46. I used to board trains at Deptford at that time – the train would often be packed. New developments like the Deptford Project, directly beside the station, open before these changes occur.

Ultimately though, despite the odd looking gaps above, the work being done at London Bridge causing many reductions in capacity and frequency, is essential. Southeastern are getting a lot of flak about it, when they can do very little. The main issue is the lack of carriages to extend enough trains to compensate for frequency reductions, and Southeastern have no say over that. The number of trains operated by any franchise is decided by the Department of Transport and the government at Westminster. Southeastern is just a handy fall guy.

You can email TimetableManagement@southeasternrailway.co.uk to let them know your comments by Friday 26th June 2015. 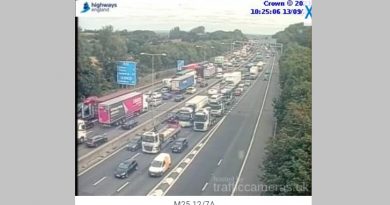 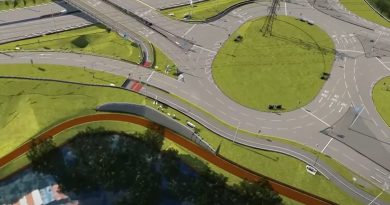 2 thoughts on “A few more observations on Southeastern 2016 changes”