Plans for a new leisure centre in Woolwich alongside 482 homes have been finally submitted after years of waiting.

For those who havn’t followed the saga, the existing Waterfront centre is to be closed with a new centre opened on General Gordon Square on what was formerly the site of Wilko.

The final application gives us a glimpse into the nitty gritty of the scheme and any recent changes – such as housing numbers now totalling 482 (500 was mentioned previously) and buildings topping out at 19-floors.

The leisure centre’s appearance looks much the same as it has for some time during consultation.

Here’s what you all want to know; how does the slide compare to the famous waterfront?

No darting outside on the slide as currently possible:

This application reveals that The Bull Tavern pub will remain – well its façade will.

The Tram Shed is also remaining and currently being refurbished and extended.

Greenwich have opted not to build housing themselves on land they own (and reinvest profit into services or additional low cost homes in the borough via market sales) with private developer Hill set to make money from sales on the site.

There is an extremely low level of council housing planned. Just 51 units out of 482 will be social, and with 27 council homes already existing and set for replacement that’s a net gain of just 24.

Given Greenwich Council’s homeless household numbers have more than doubled from 740 in 2018 to 2021 when it reached 1,636, this will go nearly nowhere to address truly affordable housing shortages.

There’s the usual claim of “35% affordable” but the vast majority are not social housing.

Given the scale of development on site, a low Community Infrastructure Levy income of £3.3million is expected as Greenwich have set such a low rate rate upon developers since 2015 and failed to revise in 2018 – as promised.

In much of London a town centre site near such excellent transport links (Canary Wharf will be six minutes away on the Elizabeth Line and the City just 14 minutes) would have the potential to raise over £10 million.

As a private renter with a young family, the cost of living is extremely high. Please support me and this site by donating via Paypal here allowing me to focus time on researching and writing posts alongside taking photographs to document changes. Adverts are far from enough to cover living costs.

Each new development proposed since 2015 in the borough – and certainly since 2018 – is costing millions in lost income.

We can see some of the impacts of that, with Woolwich estates like the adjacent Armstrong Estate seeing little investment.

What we havn’t seen too much before now is details on housing design.

The rear of the site features a number of blocks with public and private squares interspersed throughout.

Though neighbouring buildings will go:

And here’s the view down Wilmount Street:

This a development is I’ve been covering for years on this site – with many a post covering stop-start progress over more than a decade.

Viscount House is still standing though the rear has been flattened. Last year I took many photos around the site.

This site has a fascinating history predating the current building, and was part of an ambitious plan that never occurred in the 1960s and 1970s to build a new shopping centre and civic centre.

While the current leisure centre is somewhat remote and poor to access, much of that is Greenwich’s own doing. The application states “The existing Waterfront Leisure Centre sits on the edge of the River Thames, north of Woolwich Town Centre. The building is disconnected from the town centre”.

However a large number of developments in that area have brought Greenwich Council sizable funding, yet they’ve never sought to alter a hostile road layout for pedestrians to entice footfall and some life to this area which would have aided the leisure centre until it closes.

It’s been bleeding membership numbers long before the pandemic. Greenwich sold the car park to Berkeley Homes for six towers, but never invested in active travel alternatives to reach Waterfront from the town centre. 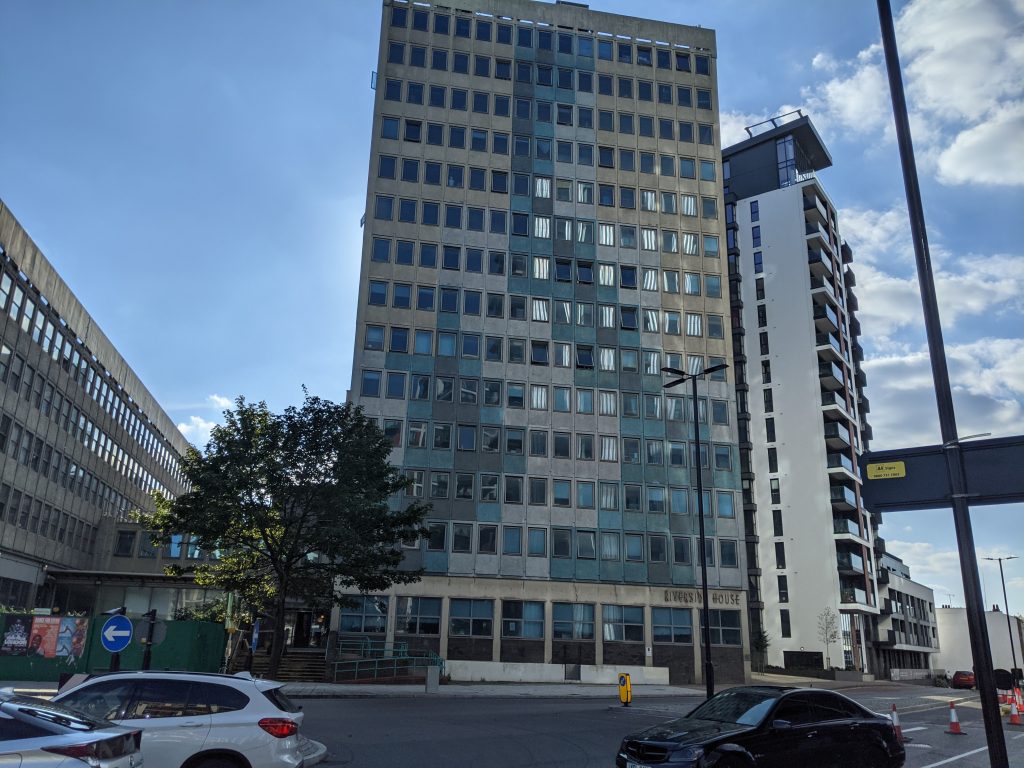 The newly proposed site should provide much footfall and is absolutely ideal for high density mixed-use development including residential given proximity to Woolwich Arsenal railways and DLR station (pretty much next door), alongside Woolwich Crossrail a short walk away and numerous bus routes stopping outside.

It’ll also see one of the bleakest structures not just in Woolwich but London removed; the Vincent Street car park.

Ultimately the project should be a big shot in the arm for Woolwich and the basic concept is sound.

However the wider area will not benefit to the level it should once again due to Greenwich Council’s planning department and it’s failure to revise developer levies above existing low levels, and including just 24 net new council homes which is a very low level on public land.

Even considering the cost of a new leisure centre (which should bring in sufficient revenue over time) they’ve sold numerous plots of land in Woolwich such as Riverside House, Callis Yard, Waterfront car park and now look set to sell the prime riverside site housing the current Waterfront sits upon. 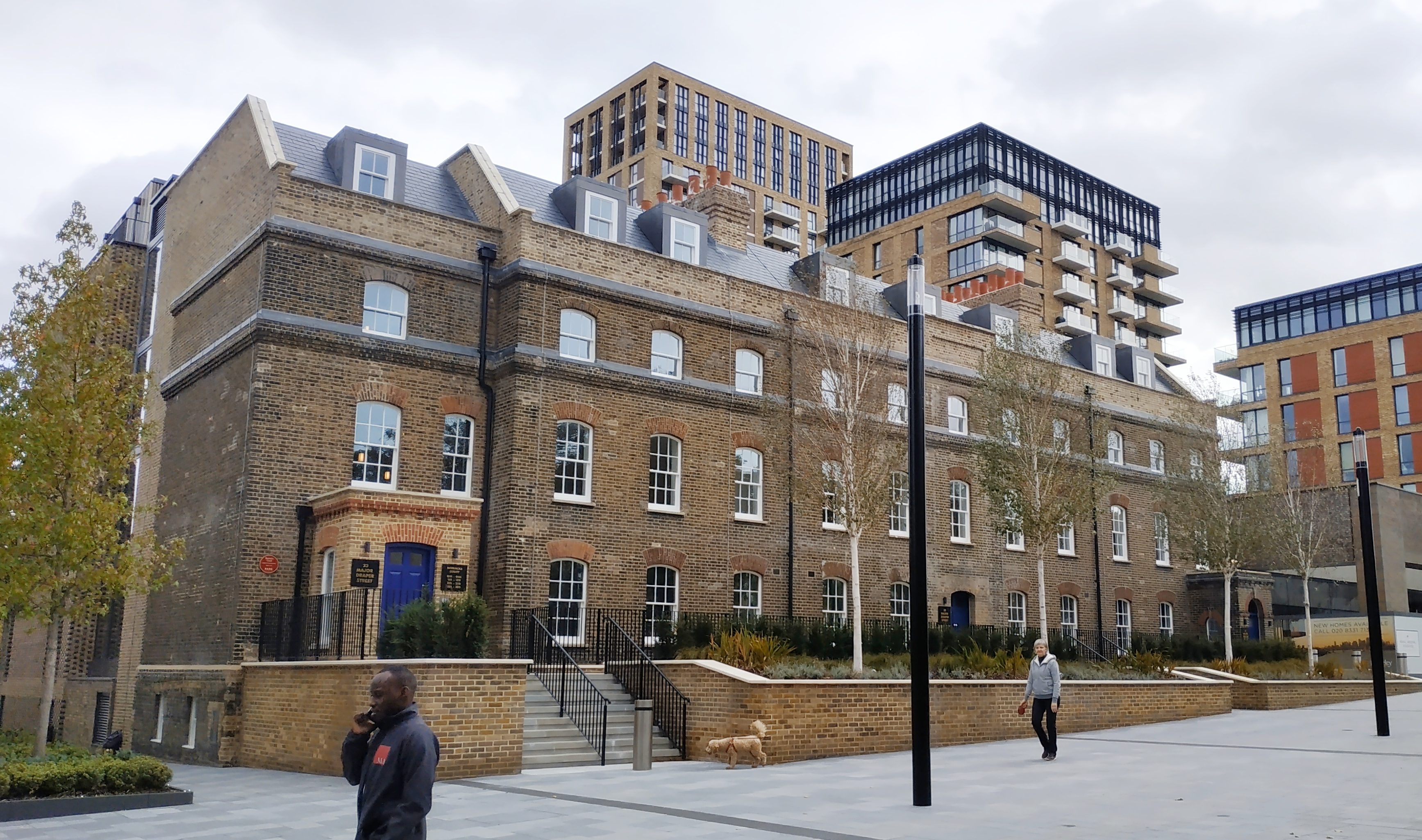