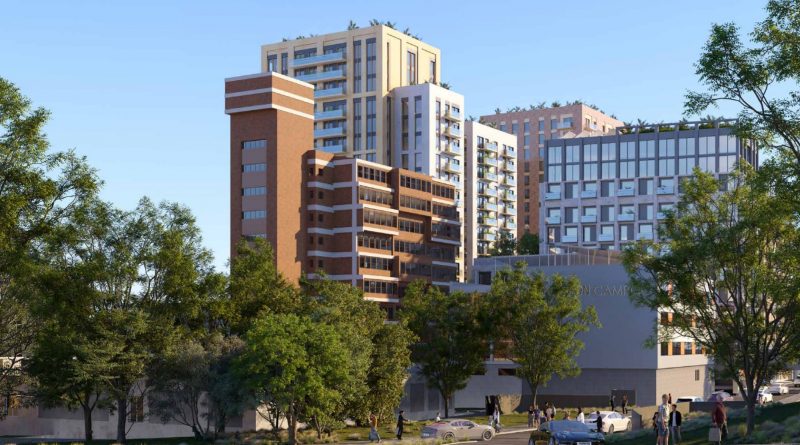 Plans to redevelop the Walnuts shopping centre in Orpington are currently undergoing another round of consultation after revisions were made to previous plans.

The current centre dates from the 1970s and was acquired by Tikehau Capital  in 2019, with Areli Real Estate is leading the project on behalf of the owners.

They’ve reduced the height of the tallest building from 25 storeys to 19 storeys since the first proposals. 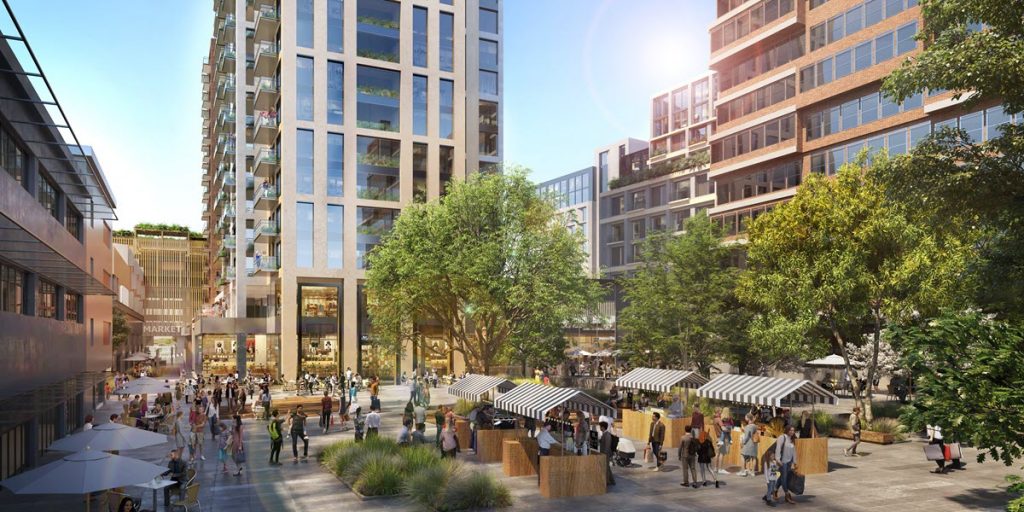 It’s a pretty standard tactic to go tall then reduce to a level that is still above surrounding levels.

However it doesn’t appear much taller than existing buildings in the near area.

The new plan states that the Saxon Day Centre will be incorporated in the new development.

The existing centre is quite dated though the consultation has some faintly ridiculous claims. As an example of decling High Streets it lists Oxford Street in central London, as that’s an obvious comparable (?) with a quote that the High Street would be dead within five years.

Bromley Council have been in discussions with the developer for some time.

The owners makes some spurious claims such as: “The Walnuts proposal represents circa £500 million of private inward investment into Orpington.

This is equal to 10% of the Government’s £5 billion High Street Recovery Fund for the whole UK”. 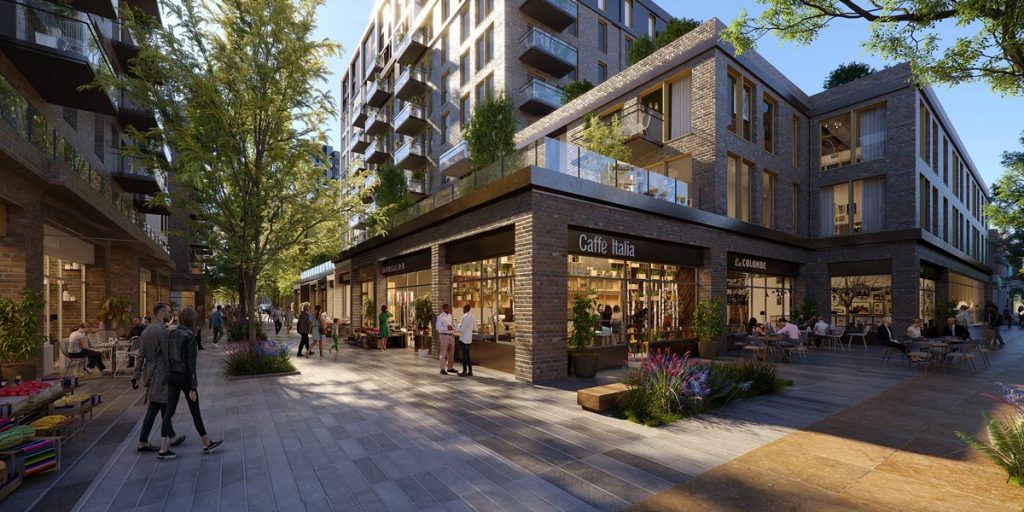 Well, they’re totally different funding sources. It’s like saying, Woolwich for example, is receiving the equivalence of 20 per cent of the nations entire High Street recovery fund as new towers are built.

In effect Woolwich will see £20 million from High Street funds for the public good, and the rest of investment in Woolwich – as in Orpington – is mostly in construction.

Of course that does bring employment and other benefits such as income for public services via the Community Infrastructure Levy but it’s hardly the same thing and linking the two is bizarre.

In terms of land and facilities, Bromley Council state:

“Officers have appointed consultancy advice from Montagu Evans, through a competitive tender process to support the valuation and development advice of this scheme.

The consultants will be supporting officers in determining the best value for any recommendations for sale of land, or land transactional arrangements as well as working with officers to determine the best location for council facilities”.

The council report continues: “The Council currently receives an average of £120k a year from the Walnuts Shopping Centre head rent.

However, the future business case will need to take into consideration any wider benefits that the Council may gain from the regeneration of this part of the town centre should the development go ahead.”

Images in the consultation appear to show scant thought for pedestrians and shoppers.

How narrow is this paving? 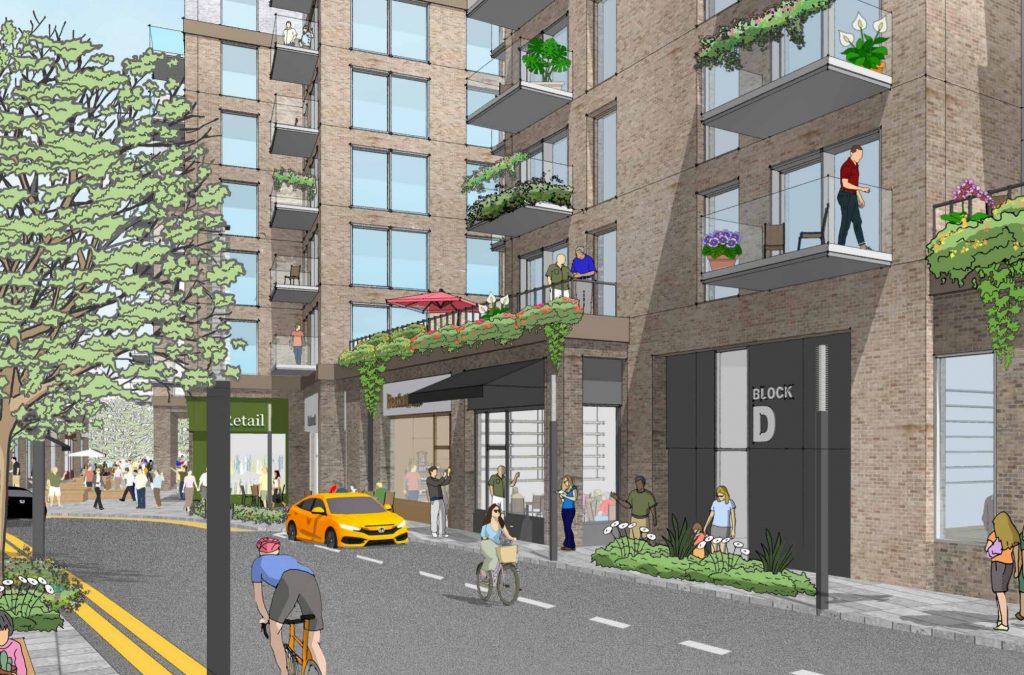 Ah, but maybe it’s the angle? 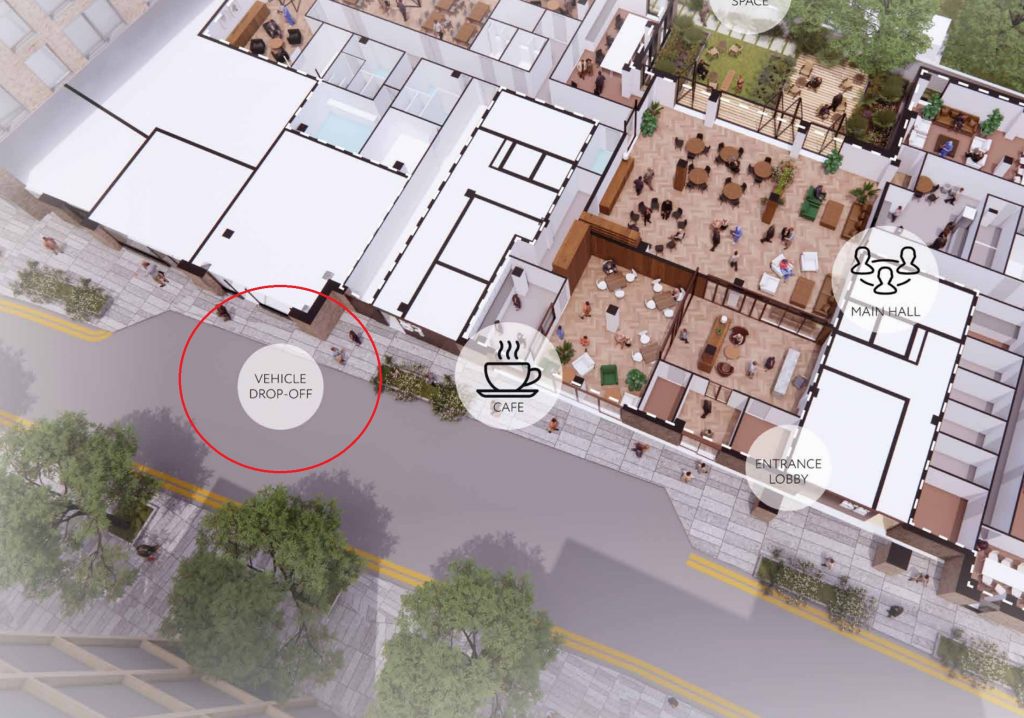 It still appears extremely narrow considering this is a drop off point near a cafe and entrance to many new homes.

You’d barely get a wheelchair through there.

People on foot appear an afterthought to squeeze in as big a footprint for buildings as possible.

You can view plans on Thursday 21st October between 11am – 8pm at the former M&Co unit in The Walnuts Shopping Centre.