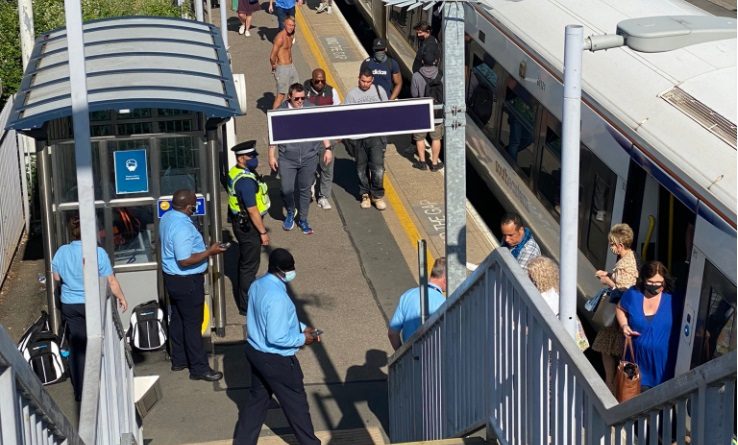 British Transport Police working alongside Southeastern enforcement staff have launched the latest in a series of enforcement actions at Belvedere station.

These occur occasionally at stations and this site has covered a few in the past. As a daily user for years, I can count these actions I experienced on one hand.

However, are occasional actions effective given Southeastern Metro sees unstaffed stations and open stations for the vast majority of the time?

Belvedere is an open station with limited staffing. As are 90 per cent of stations on the line. Plumstead saw a one-off operation in 2019 that saw 123 people found without tickets.

Plumstead station rebuild does not mention gates, as presumably no one will pay either for those or staffing.

Southeastern are also opening stations such as the recently completed Kidbrooke station without barriers and sufficient staffing. The DfT, Southeastern and Network Rail aren’t working together.

Barriers were featured in plans at Kidbrooke but pulled late on. Whenever I’ve been through seeing even one member of staff is far from guaranteed.

Stations with far fewer passengers per year on other franchises have seen stations open with staff and barriers. Cambridge North on Greater Anglia springs to mind. Barriers and staffing far more evident each time I’ve been.

That station had 950k passengers per year pre pandemic. Kidbrooke had 1.6 million – and numerous towers have completed since then, alongside many others now underway.

When Abbey Wood station was taken over by TfL and staffed from first to last train, counted passengers rose by up to 50 per cent compared to the prior year – and that was excluding those using paper tickets which the previous years’ numbers included.

Southeastern Metro is vastly different to staffing at most tube stations in London. Perhaps that’s why the Department for Transport are now so keen for TfL to enact cut (£300 million this year rising to £730 million by 2023) which will almost certainly see staffing reduced.

Another example of levelling down rather than up? Drag Tube station staffing down to Southeastern Metro levels rather than the other way around is perhaps what Grant Shapps seems to want? The DfT have failed rail users for years. It’s hard to escape the thought they now they want to extend that to all transport in London.

Of course, the more cuts and staffing are removed the more people will not pay. And the more incidents will occur that put people off public transport.

Then again, TfL havn’t helped themselves by spending money on Silvertown Tunnel – including £10 million compensation last week to a losing bidder after mistakes were made.

Southeastern Metro is clearly starved of investment in staffing – and has been for many years. The odd one-off actions seen at Belvedere and other areas doesn’t really detract from that. 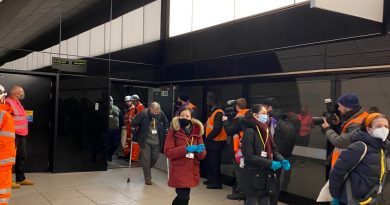 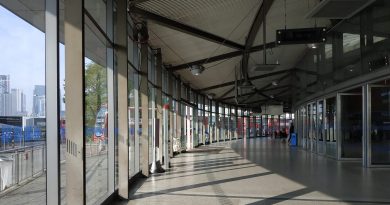