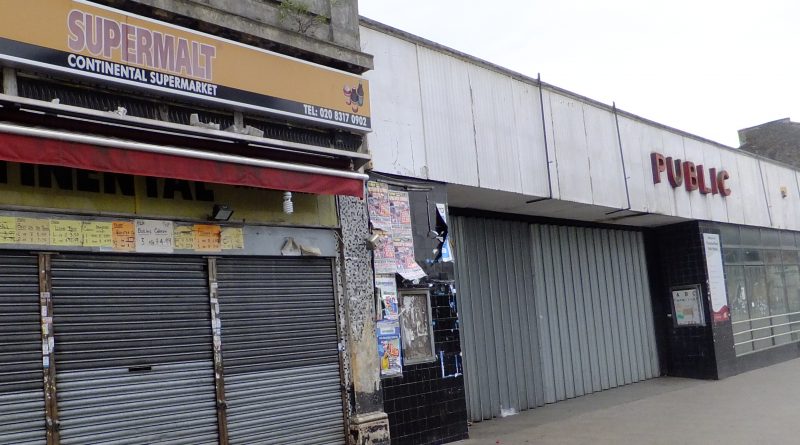 Plans that could bring 801 homes, a cinema and shops to Woolwich are set to be decided by Greenwich Council’s Planning Board this week.

UPDATE: Plans were approved. Read below for what now follows.

The proposals for Woolwich Exchange at the Spray Street masterplan area will demolish a large number of buildings in Woolwich though retain the covered market (to be converted to a Picturehouse cinema) and Victorian shops on Woolwich New Street previously in line for demolition.

I’ve previously covered plans in depth which can be seen here so won’t really be treading over all the same ground. This post mostly looks into details contained within reports available for councillors on the Planning Board.

Those reports into the scheme are now online. Firstly, in terms of income Greenwich Council will receive £4,715,001,36 in Community Infrastructure Levy funds. Half goes towards Woolwich Elizabeth station fit out costs leaving £2.35 million.

In addition, a Section 106 agreement will see £1.32 million for healthcare and £1.31 million for education. Playspace for children will see £196,955. Whereas Greenwich’s job and training scheme normally takes the bulk sum at the expense of health, education, parks and town centre improvements, this time they will not, with £500,000 allocated to GLLaB. That ratio is more in line with most other authorities in London.

In terms of design, Greenwich Council state: “The positions, orientations and alignments, reciprocal distances and varying heights of the four tall buildings have been designed with the intent of creating legible gaps between them on local and long views.” 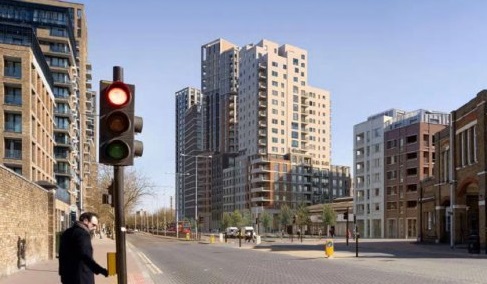 Hmmm. It’s hard to see legible gaps from the above view with all blocks wedged into one corner rather than varied massing across the site. They appear pretty stark from the east.

Massing drops quite suddenly from over 20 floors in one corner of the site to 3-5 further south.

The development proposes 1,437 long-stay and 22 short-stay cycle parking spaces, though currently residents will leave home seeking Cycleway 4 to find a busy, narrow dual carriageway with no cycle lane or need to head through busy Powis Street.

“TFL has found the response on cycle connectivity and infrastructure disappointing. In addition TFL have dismissed the alternative routes to access the A206 as being inappropriate and that the cycle connectivity of this site to the local and strategic cycling network can be improved.

A contribution of £300,000, towards cycling improvements, including a contribution towards feasibility and design works to extend Cycleway 4, is therefore sought in line with Policy T2, T3 and T4 of the London Plan.”

I’ve also questioned the large amount of planters proposed in an area of high footfall beside a number of busy bus stops and the future cinema, which acts to narrow pedestrian space and appears to prevent safe cycle lanes. TfL state:

“It is still considered that the proposed development has the opportunity to explore the provision of additional space to accommodate the increased pedestrian footfall, including wayfinding.”

Greenwich Council and developers have ignored this section about paving space either here or elsewhere, stating:

“No further footway increase is sought; however it is noted that much of the footway surrounding the site will be resurfaced / improved and this will be secured in the s278 agreement.”

The surface isn’t the issue. Sufficient space for cyclists and pedestrians is.

Extensive landscaping at areas of high footfall reduces space for cycle lane. The street could quite easily handle them without planters:

Apparently residents will walk their cycles rather than ride them between home and the nearest safe cycle lane. Yep, really.

Though here some split opinions are noted. The report states: “Council officers are concerned that the proposal is reliant on people walking their cycles between Woolwich New Road and the A206”.

So they recognise there’s an issue, but despite a huge range of new builds along the missing link Greenwich Council are only seeking £100,000 for a study – less than £300,000 TfL stated was suitable.

A study should really have been investigated 5-10 years ago with funds now heading towards actual construction. Think of all the new builds along the stretch between existing segregated lane to the east and planned lanes to the west. There are numerous Royal Arsenal blocks and towers plus the Premier Inn hotel. A separate project (rejected earlier this month) also entirely ignored cycle lanes. That plan will either be altered or appealed – but there seems little chance of any provision for a lane.

It was almost a blank slate for a large part of Woolwich, and for most applications safe cycling space has not been considered despite each proclaiming cycle spaces for residents as fundamental to how residents will travel.

It’s also likely planters will need regular cleaning and maintenance given the location beside a market, food outlets and major bus stops. Will Greenwich Council be able to meet demand? They recently sought to cut back on cleaning parks and streets. Landscaping needs staff to maintain, or it turns from pretty in renders to rubbish-strewn pretty quickly. Previous examples of landscaping here in recent years do not bode well:

A number of landscaped areas were not maintained and removed within five years.

In terms of town centre footway at other areas around the Spray Street site, it appears very little will change. It’s notable that for years Greenwich have allowed pavement space in the area to be blocked without taking action on Woolwich New Road. What assurance that will change?

It’s notable how some are very keen to sweep everything away and hope these new-builds solve all problems, but the authority’s poor maintenance and grip on the place could mean any new build and public realm isn’t the magic wand some seek.

There’s no shortage of examples of inadequate management of the town over the past decade. Many town centres see the formation of Business Improvement Districts to take the lead. Woolwich does not have one and relies on Greenwich Council alone.

It may seem a lot of nit-picking over a project that does have some very good elements, but these issues can have lasting impact. It’s not like Woolwich doesn’t have a record of developments not living up to billing a few years down the line.

In terms of rail, on the list of respondents to the application Southeastern are not even listed and Network Rail had no comment. The contrast to TfL is again evident who appear to scrutinise planning applications and impact to a far higher degree.

Greenwich have gained £10,000 for parking enforcement. Something they rarely do currently in certain areas of the Spray Street site. 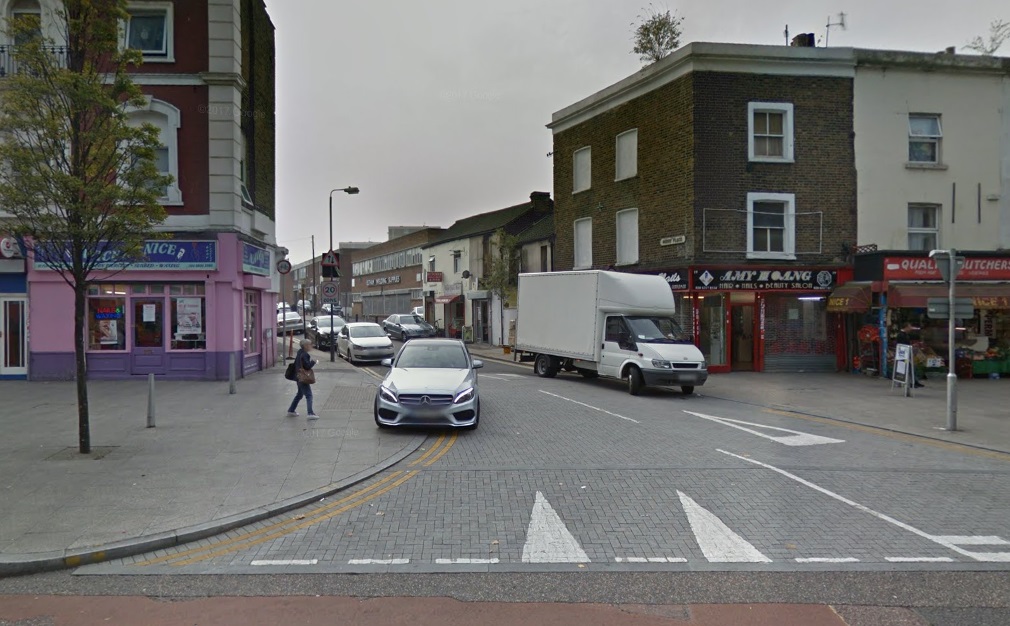 For local health services, funding is being allocated to cater for an estimated population increase of 1247.

“The applicant has accepted a contribution toward healthcare equating to £1,332,499. This is secured through the s106 legal agreement.”

Levels are low at 20 per cent which saw many objections from various groups in the report.

Greenwich Council’s Housing Department have requested “for the first 3 months of marketing Housing would require that the properties are marketed at RBG income bands of £71,000 for 1 & 2 bed properties and £88,000 for 3 bed properties.

We know from the nearby Trinity Walk development that local demand is low given high costs, and so the likelihood the eligibility criteria is expanded substantially after three months.

Much like health, education does better here than in some other large developments as GLLaB doesn’t take such a large slice of the pie.

The report notes: “The applicant has accepted a contribution toward education equating to £1,312,500. This is secured through the s106 legal agreement.”

The site will have new routes and and small squares surrounded by shops, bars and restaurants to compliment the cinema.

Concerns are again raised in the report about how and where existing business will be located.

Plans are due to be decided tomorrow and if approved it will take a number of years to evict occupants and construct. There’s much to like in terms of providing a cinema again so many years after the Coronet closed, retaining some good buildings and more attractions to Woolwich town centre.

My reservations centre around placing all tall buildings into one part of the site rather than providing variation in height and massing. They strongly resemble one homogenous blob in renders, and it’s notable that developer avoid many shots of this area in promotional images and video.

In addition a failure to sufficiently consider cycling and pedestrian measures, plus issues like landscaping in a very busy area that look good at the outset but will require intensive maintenance, could hamper the success of the scheme. I hope it doesn’t, as Woolwich could do with a thriving, well designed area for leisure that appeals not only to new residents but many in the local area. 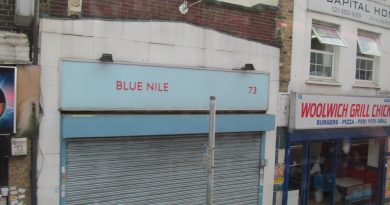 Blue Nile restaurant in Woolwich to close for good

3 thoughts on “Woolwich Exchange: Plans to be decided for covered market”