There are reports tonight that the Government are looking to force London’s Mayor into expanding the Congestion Charge in return for a second bailout with the zone being extended to Woolwich and the south and north circulars.

Other rumoured changes are forcing extra fare increases onto passengers.

UPDATE: No agreement has been reached. A two week extension in talks has been announced during a TfL meeting on 16th October.

Heidi Alexander has stated in the meeting that Government are pushing for a £15 congestion charge within the south and north circulars.

She stated: “Neither the Mayor or I could see how it would be right to charge people £15 to drive a mile from Wandsworth to Clapham or from Catford to Lewisham from October of next year if the congestion charge was to be extended out to north & south circular“.

Click here to view the meeting with comments from Heidi Alexander after 1hr 40mins.

According to Sky News, a Mayoral source stated: “Conditions such as extending a £15 congestion charge to the North and South Circular and taking free travel away from children and older people would be totally unacceptable to the mayor and he would not ask Londoners to accept them in these exceptionally difficult times.”

Whether you agree with an extension or not, this follows a similar pattern to the first bailout in spring when government insisted on expanding Congestion Charge timings to include weekends and until 10pm, as this segment of a letter sent from Transport Secretary Grant Shapps to TfL stating terms of financial assistance reveals. Shapps called for:

The above segment can be found, along with the entire letter, on page 64 of this document.

Since that change some Conservative politicians, including Mayoral candidate Shaun Bailey, have again and again tried to pin the blame on Mayor Sadiq Khan in an attempt to increase electoral chances – even after the funding agreement became public showing government insisted upon the measure.

Controversial street changes are also a Government requirement, as this screenshot from the same letter sent by Transport Secretary Grant Shapps shows:

It was also notable how the first agreement was only for a few months, thus more pressure could be applied six months on, which brings us to today.

It’s also notable how similar political games were not played when rail companies were bailed out.

Despite attempts to portray bailouts as necessary due to financial recklessness, the real reason is fare income fell off a cliff – and London is more reliant on fare income than most other major world cities after it saw £700 million a year in funding cut by George Osborne in 2015.

In London 72 per cent of TfL’s income is fares – which is Government policy. In New York it’s 38 per cent. Singapore is just 21 per cent.

Paris is 38 per cent and Madrid 47 per cent. London is far and away the highest – leaving it all the more exposed to a huge fall in ridership.

TfL have been accused of some financial failures and questionable decisions in recent years, though they were getting on top of operating costs before this year blew a whole in plans with operating deficit down from £1.5 billion in 2016/16 to £200 million in 2019/20 before crises hit.

Areas of criticism include the Silvertown Tunnel, though as a PFI capital spend that makes little impact on operating finances, as does arguments about senior staff wages. Even if both measures are taken into account, the cost is minuscule compared to £4 billion lost in fare income.

If an expanded Congestion Charge zone does happen, it would also blow the Silvertown Tunnel’s revenue plan out the water, which could perhaps see legal action from the private company Riverlinx awarded the contract to build and operate.

TfL have also failed to build housing around land they own, such as Woolwich DLR after a decade of no action. Woolwich Crossrail towers were also supposed to be well underway by now.

However, once again even if they had built and now saw a steady income stream, the scale of income shortfall is so great, little would ultimately change. And even if they were developed, would Government now be forcing TfL to sell them? Perhaps they will in the next bailout?

Crossrail is another issue some point the finger at, but it was a joint TfL and Department for Transport project, and it’s the DfT now hanging exerting pressure on London.

With the bailout rumoured to only last until December, the same tricks are likely to be pulled a number of times before the next election in May 2021.

None of this bodes well, with central Government apparently willing to let the capital’s economy flounder to support their mayoral candidate. What kind of city he inherits – on the off chance he wins – remains to be seen.

UPDATE: There is a TfL finance meeting this afternoon (16th October) which could shed more light on any plans and agreement.

Help support me and the site by becoming a Patron via Patreon. Click here to see details. 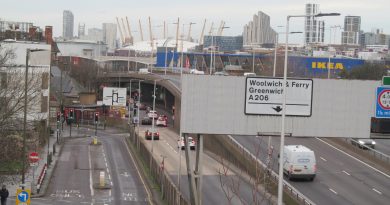