It’s bad news for those hoping for the Bakerloo Line extension from Elephant & Castle to Lewisham as TfL’s submission for funding from central government excludes the project.

They state the organisation are “being realistic about what is affordable over the next decade”. At best the project wasn’t due to open until 2030. Now it will be later.

This throws many housing plans into doubt as well as plans to alleviate overcrowding on Southeastern rail for the next 10+ years.

A tower rising at this very moment beside Lewisham station has a new station entrance included for a future Bakerloo Line station.

This doesn’t only impact the Old Kent Road and Lewisham – but all towns served by rail lines through Lewisham. It was supposed to alleviate Southeastern routes serving towns such as Sidcup, Kidbroke, Eltham and Charlton. By 2030 Charlton should be well on its way to seeing 8,000 new homes in the town’s new masterplan.

An extension to Camberwell from the current terminal at Elephant & Castle was featured on transport maps as early as the 1930s before cancellation, and now almost 90 years on history looks to be repeating. Signs showing an extension existed in Warwick Avenue station platform into the 1990s. Maps from the 1930s featured an extension:

In recent years a number of towers and large developments to cater for London’s growing population have been approved along the Old Kent Road, with 7,942 homes approved since 2015 and more coming thick and fast.

The line and housing is supposed to assist with population growth. In 2015 London surpassed its previous population peak of 8.6 million seen in 1939 – and is growing by 1 million people per decade. The estimate is now up to 9+ million people.

This latest delay is yet another example of painfully slow progress on infrastructure in London and the UK to cater for increasing numbers of people. Well, England to be more specific. Now Scotland is devolved, electrification of rail and opening of new lines – such as the Border Line – are racing ahead of similar English plans under the control of Whitehall.

Residents were already likely to move in with no transport improvement for half a decade – and now that looks indefinite. Here’s a list of some major plots:

Ruby Triangle includes 2,100 homes with the latest plot approved in June this year.

Southernwood Retail Park: 724 homes approved in June 2019 opposite Burgess Park on retail barns and parking. Plans include a cinema. Developed by Glasgow City Council for the Strathclyde Pension Fund.

Malt Street: 1,300 homes approved in a development by Berkeley Homes.

London Square: 406 homes on the former site of Crosse and Blackwell factory in the Rich Industrial Estate

TfL state they seek to protect planned sites – which could see major plots lay empty for up to a decade.

At New Cross a long running argument between Sainsburys and TfL has ensued as to station location. Sainsburys proposed and withdrew plans. What now?

A further delay now leaves two scenarios; either developers pull the plug which does little for housing problems, or they proceed and existing limited transport options prove inadequate with resulting overcrowding and congestion. 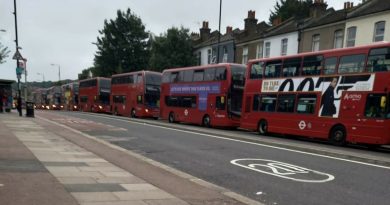 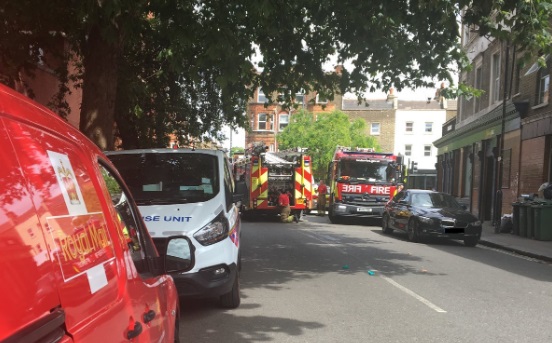 3 thoughts on “Bakerloo Line extension to Lewisham delayed – will it ever happen?”