From next Monday 2nd March all TfL managed roads in central London will see a 20 mph speed limit.

TfL do not managed all roads in central London with boroughs maintaining the majority, which could see backstreets with higher speed limits than main roads.

There is concern this could lead to greater rat-running, though with average speeds often snail-like in central London as it is that’s perhaps unlikely.

The measure does not apply to roads in outer London.

One surprising note about the TfL road network in London is that public transport users increasingly subsidise it. Alongside cutting £700 million from TfL, central Government decided that all vehicle excise duty raised in London should go to Westminster who allocate it across the UK but NOT London. TfL are in charge of maintaining many roads but receive no VED income to do so. From 2021 it will be left to Congestion Charge and Emission Zone income, plus public transport income, to make up the entire gap.

This is from TfL:

“From 2021, the £500m raised every year from Londoners paying Vehicle Excise Duty will be collected by central Government and only invested in roads outside the Capital.

This means the net operating costs of London’s roads, currently almost £200m each year, and the cost of renewing these roads, between £100m to £150m each year, are effectively being cross subsidised from fare-paying public transport users.” 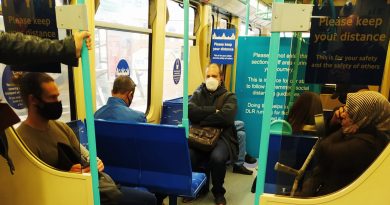