Posted by fromthemurkydepths on October 9, 2019 2 Comments

Well, no. But there isn’t much left.

Those of you who frequented Woolwich in the 1980s scheme may remember when the road along Powis Street was blocked to general traffic and a pedestrianisation schemes was installed that saw raised brick planters along Powis Street.

Almost all traces are now gone. One of the only other section was removed last year as the Callis Yard tower completed. 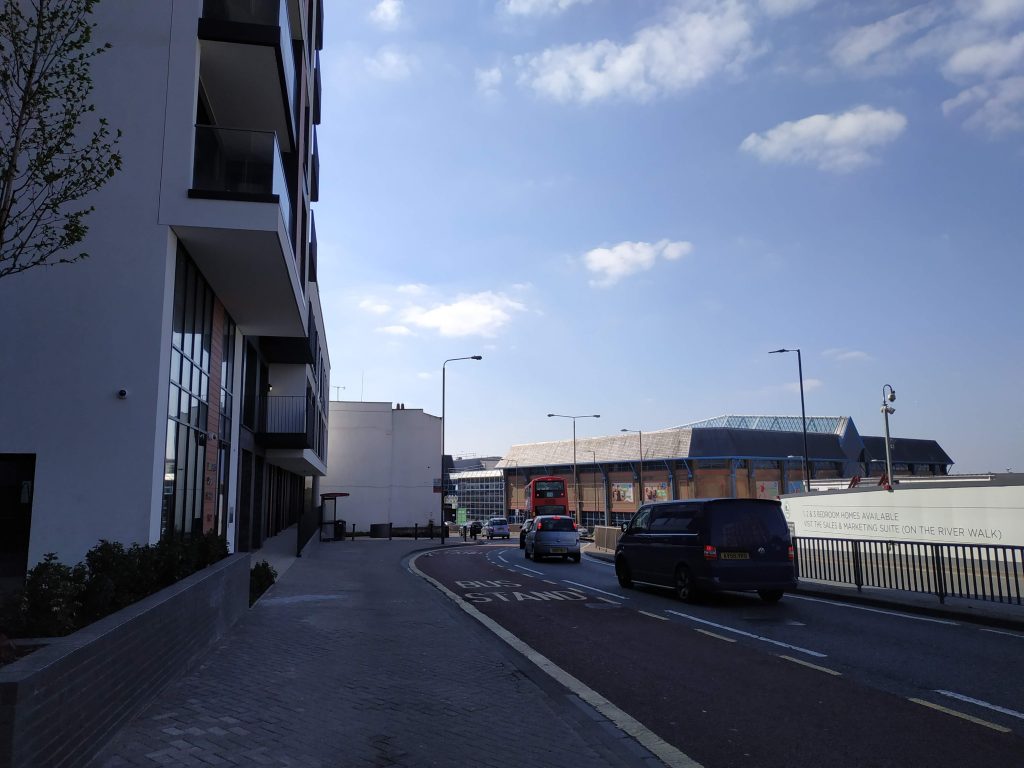 Brick planters on Woolwich High Street have gone – along with mural

Pedestrianising Powis Street divided opinion at the time. While it appeared to signify a pedestrian-first approach the smothering of much of the town in guard railing and street clutter gave cars primacy and hardly left an attractive or pleasant town to traverse on foot.

Even today Powis Street makes it clear this is still a road. Most pedestrianised areas do not retain bollards or yellow lines such as this: 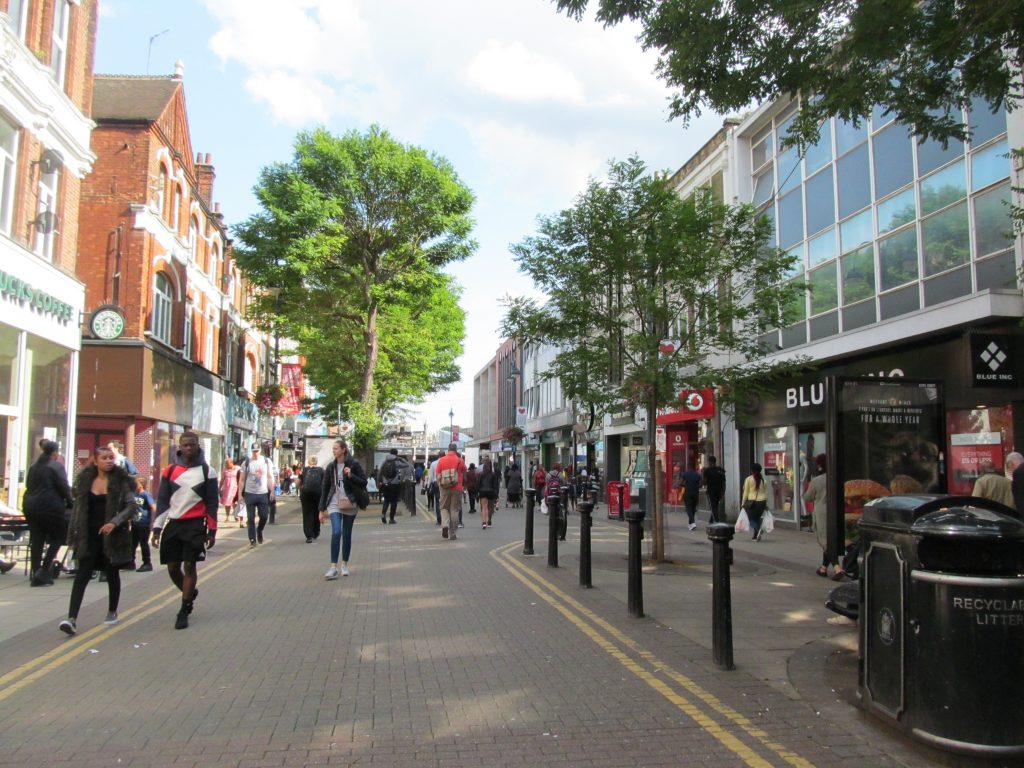 Here’s Bexleyheath where pedestrianisation happened around a decade later: 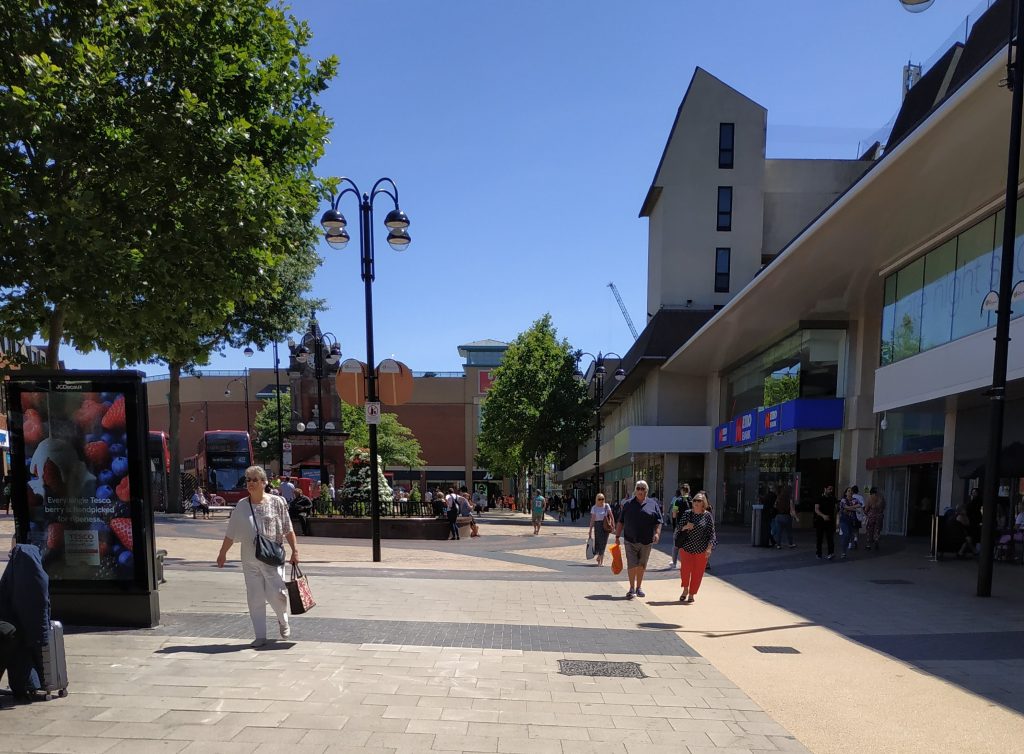 Pedestrianisation is sometimes held up as a main, or sale factor for why Woolwich struggles. It didn’t do Bexleyheath any harm.

Anyone remember the spice shop formerly on the left here? 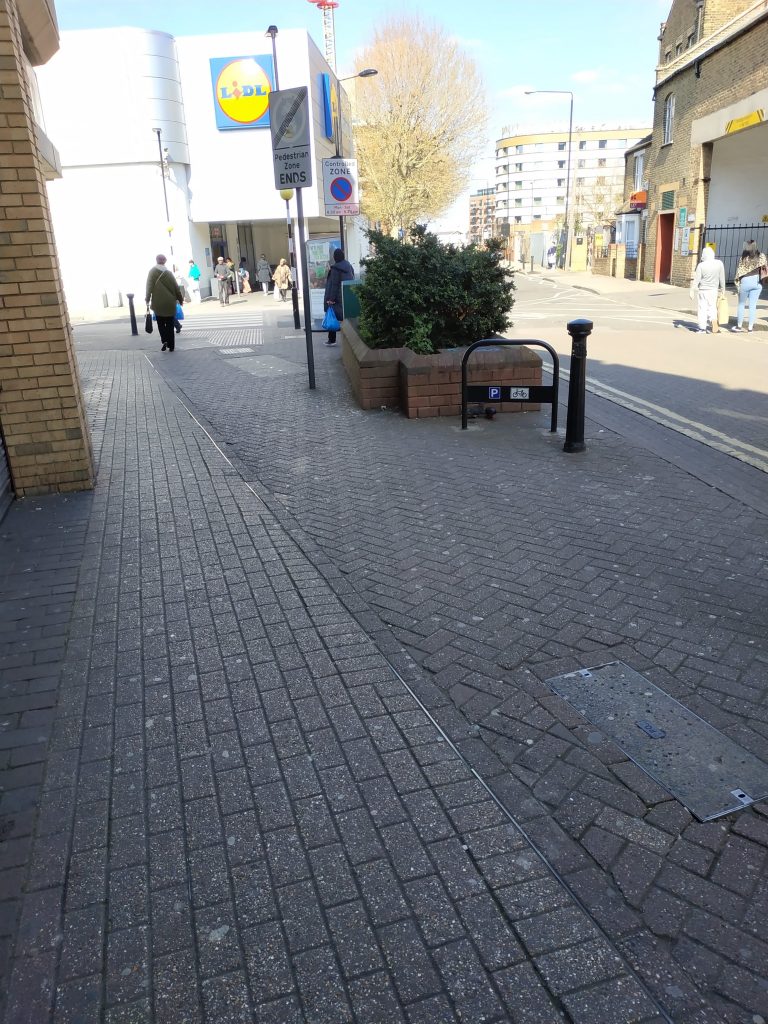 Spice shop on left with giant tubs to scoop out of

Amazing scents and aromas abounded when wandering past (and often into) that place.

The only other remaining part of the 1980s Woolwich scheme is seen at the west end of Hare Street:

And that’s about it really. Are there many other traces? I’m going by memory here so am probably miles off.

Since the 1908s the other major element of re-working the centre at General Gordon Square of course has seen big changes – for the better. It’s now a far more pleasant place to be.

With Woolwich seeing large funds coming soon it’s like Powis Street is in line for another big change in coming years. When they’re revealed they’ll be covered on this site.