Posted by fromthemurkydepths on April 25, 2019 3 Comments 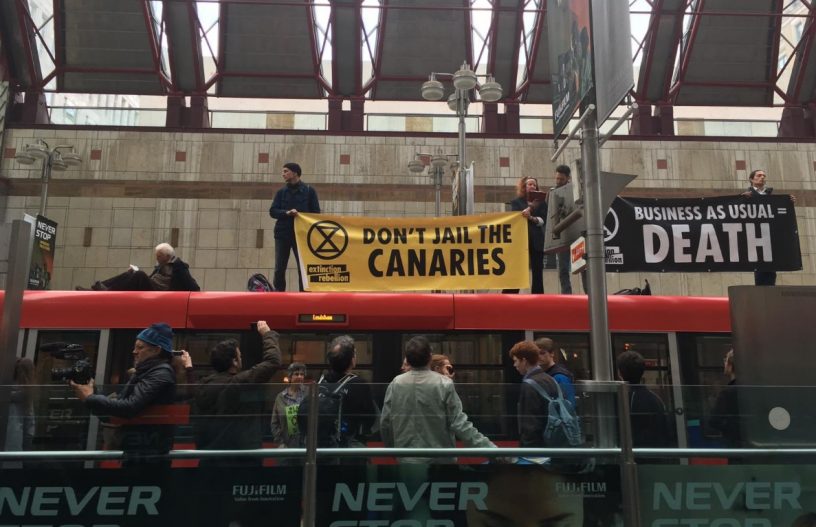 Climate protesters have again climbed on top of a DLR train at Canary Wharf this morning.

British Transport Police were called around 7:15am and are negotiating with protesters.

This incident follows similar last week though they are targeting rush hour this time. Those who took part last week have been denied bail before court next month.

We are currently responding to a protest incident at Canary Wharf station where a @LondonDLR service is being obstructed.

Specialist units are on scene who are working to remove the protesters. Please check with @TfL for travel update. pic.twitter.com/BgKz8DI9PG