Posted by fromthemurkydepths on March 26, 2019 5 Comments 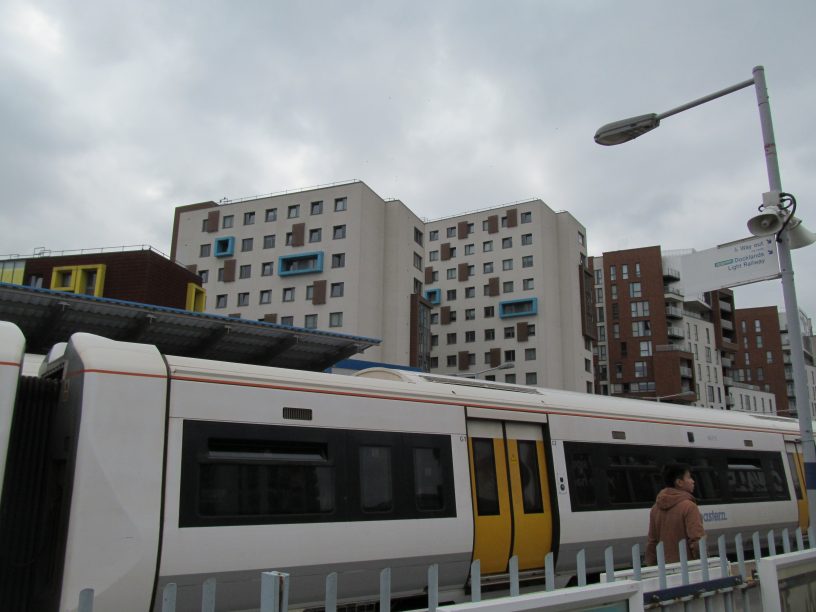 A more modern 376 heading past Greenwich

Transport for London have emerged with another attempt to gain control of rail services south of the Thames with Southern and Southeastern.

A few months back gaining control of Southeastern seemed a lost cause. Chris Grayling had blocked a previous deal and the franchise process was spluttering along, albeit with numerous issues emerging, but it seemed they would be overcome.

Fast forward to March 2019 and there’s no award, the franchise model has been discredited and strong rumours abound of another extension for current operators GoVia (or reverting to state ownership on a short term basis). That of course, will be less than the nine years planned for a new franchise which opens a window for changes in a couple of years.

Grayling is incredibly still hanging on as a one-man kamikaze member of the Cabinet, as is Teresa May, but no one thinks either have anything like a long term future, so a new PM and Mininster could change course.

But cost is an issue. TfL would need funding from central Government or the GLA given far greater freedom to raise revenue through tax and levies. Again, it’d need a new Chancellor, PM and Minister to get that on the go.

We know that additional revenue is there. Since taking over Abbey Wood station and manning barriers from first to last train the number of passengers tapping in has rocketed.

So what are TfL proposing this time round? Not that much is new. The report highlights extra staffing to secure more revenue – and as Abbey Wood has recently shown that’s an obvious goldmine to tap. The DfT could of course do similar with franchising but havn’t – on many, many occasions across Southeastern Metro.

TfL do talk about low frequencies though to be fair Southeastern Metro is far higher than it was before big changes around a decade ago. All three Dartford lines now have at least six trains per hour off-peak – though evening and weekend services could be a bit higher and some stations are missed on semi-fast services.

They are aspiring towards a 22% increase in peak time trains and 30% off-peak.

The Woolwich line would have 10 trains per hour in the peak operated by London Overground (would the Thameslink service still run in addition?) with Bexleyheath and Sidcup having 12 trains per hour.

A crucial tool to achieve this would be digital signalling delivering Automatic Train Operation – which is being installed on the Thameslink core and in use on the tube for decades. Sending some services to Blackfriars is another suggestion.

There’s claims such as: “While the journey from Eltham to Southwark takes less time on a Southeastern service, taking a bus to the Jubilee line at North Greenwich is a quicker option when estimated wait time is factored in.”

I’m very dubious about that. I’d never rely on a bus given unpredictable traffic levels and ever increasing congestion in Charlton and Greenwich.

Another statement made is “There are also fewer houses being built in areas around National Rail stations in south and south east London, compared to stations operated by TfL.”

This is sort of true in Greenwich borough though while there has been many developments, there’s scope for many more. National Rail are wasting the chance to alleviate the housing crises through high density building beside some stations. Just last week I took this from Greenwich station: 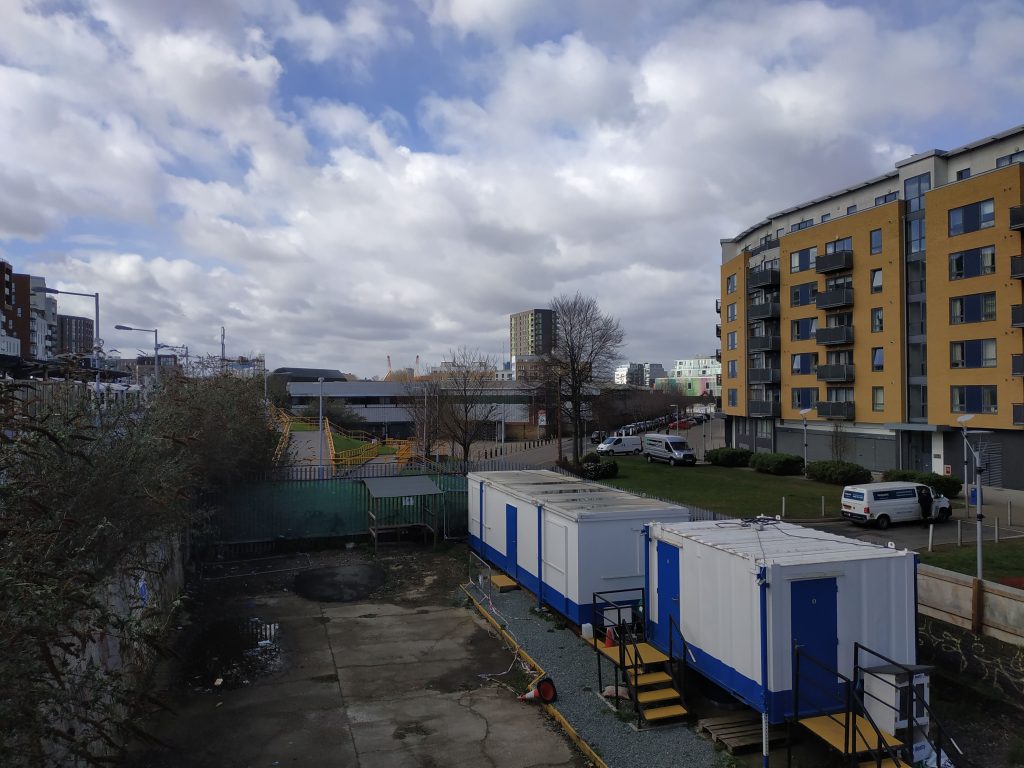 It’s been some sort of storage area for over a decade. The ramp behind also takes up a fair bit of space.

The cost of the project was estimated at £1.7 billion in 2014. That’s enough to make some balk – but that would be over a number of years. Let’s say five years and that makes it less than £400m per year. Not exactly huge sums for major economic benefits in a world city. Add in substantial new housing and extra revenue from staffed stations and that cost would be reduced. TfL state 130,000 homes could be built within 1km of stations, and 65,000 directly beside.

The report states the importance of housing as ever more people are forced further out by high prices:

“Housing affordability has reached a critical point in London and the wider
South East. The average house now costs half a million pounds, which is
more than 12 times the median income of Londoners, and is the highest the
ratio has been seen since records began.

“This has resulted in a range of social problems, such as overcrowding, poor
health, increasing inequality, and is also affecting the Capital’s economic
competitiveness.”

The possibility of this happening is higher now than it was a year ago. There’s support across the political spectrum in London but big obstacles remain.

The dead hand of the Treasury loves to block public transport and infrastructure improvements. The DfT hardly have a sparking record too and would need a Minister to fight and could work with the Mayor.

More money in London would rankle with the rest of England too – as in the UK (well, increasingly England with devolution) the concept of spending what is needed in various regions seems anathema. We must seemingly keep the pot for infrastructure investment small and let regions squabble. The North West, North East, Midlands, South West AND South East all need more investment to make up for years of too little investment. And who can see that coming?

The Treasury would rather let one or more region stagnate than provide widespread funding across the nation – and devolution to raise funds locally similarity gets shut down as England is the most centralised developed nation in the world. To change that will require a seismic change from Government.