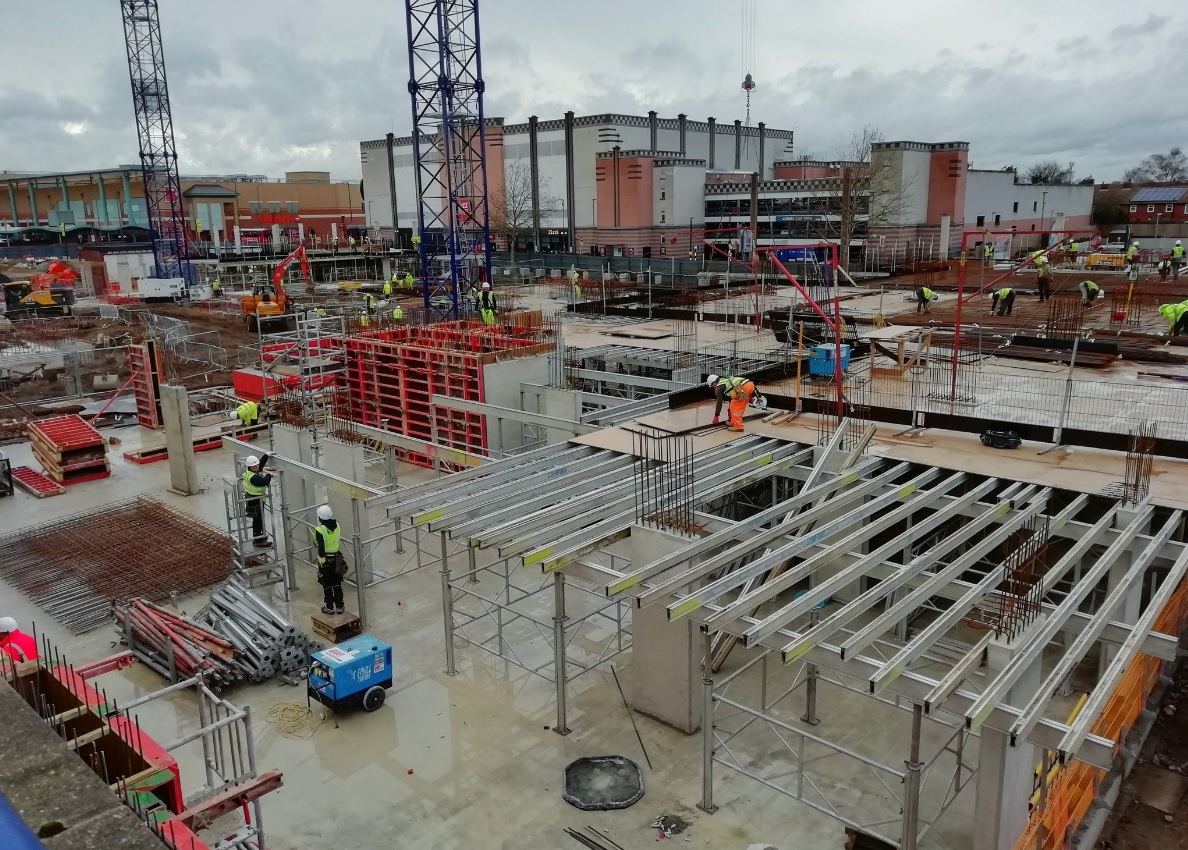 It’s one of the biggest developments now rising in Bexley borough and unlike many larger schemes this does not appear to be being built out slowly with activity across the site. For example, Thamesmead’s Southmere Village is larger in number yet only 150 homes are currently being built. Erith’s Quarry development is similar.

Que the usual comments about parking (or lack of). This crops up with almost every new development and some miss the fact that numbers of people driving in London has fallen sharply in recent years – particularly those under 40 who are a target for this kind of development.

It’s a similar story for those in their 30s.

However a bit more validity does apply to those questioning potential car usage at this site as it’s not near any station. It’s a pretty long walk to Bexleyheath station and buses will add on a fair bit of commuting time. I expect the aim is new residents use the forthcoming new 301 bus (which should start sometime this year) which will run directly to Abbey Wood then take Crossrail to Canary Wharf in 11 minutes or central London in 20. The bus will likely take as long as the train to central London.

And really only those in central London wages would be able to afford to live here. Not many local jobs will pay enough. Just 22% of flats are so-called “affordable” and none at social rent levels.

Then again, the vast majority of people moving will know in advance of the parking situation so complaining later won’t wash. No one is forcing people to move here.

It’s worth mentioning good work from Coinford who do a very good job updating the public with images of progress across their sites. 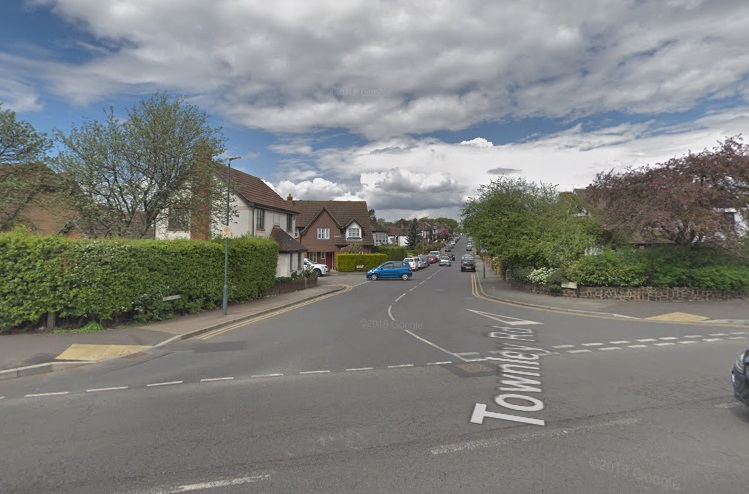 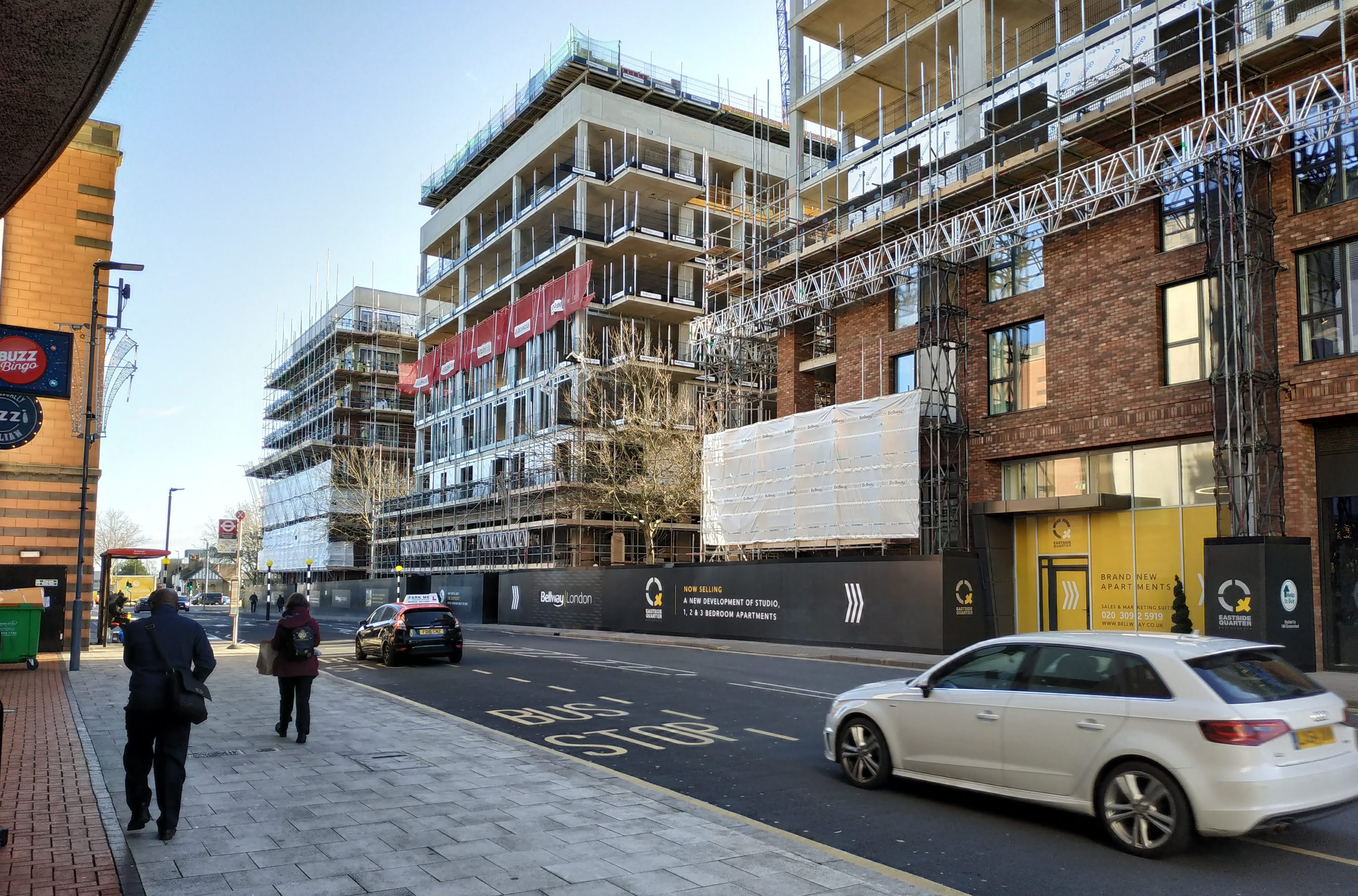 December 2019 update: 518 homes and shops at Eastside Quarter in Bexleyheath 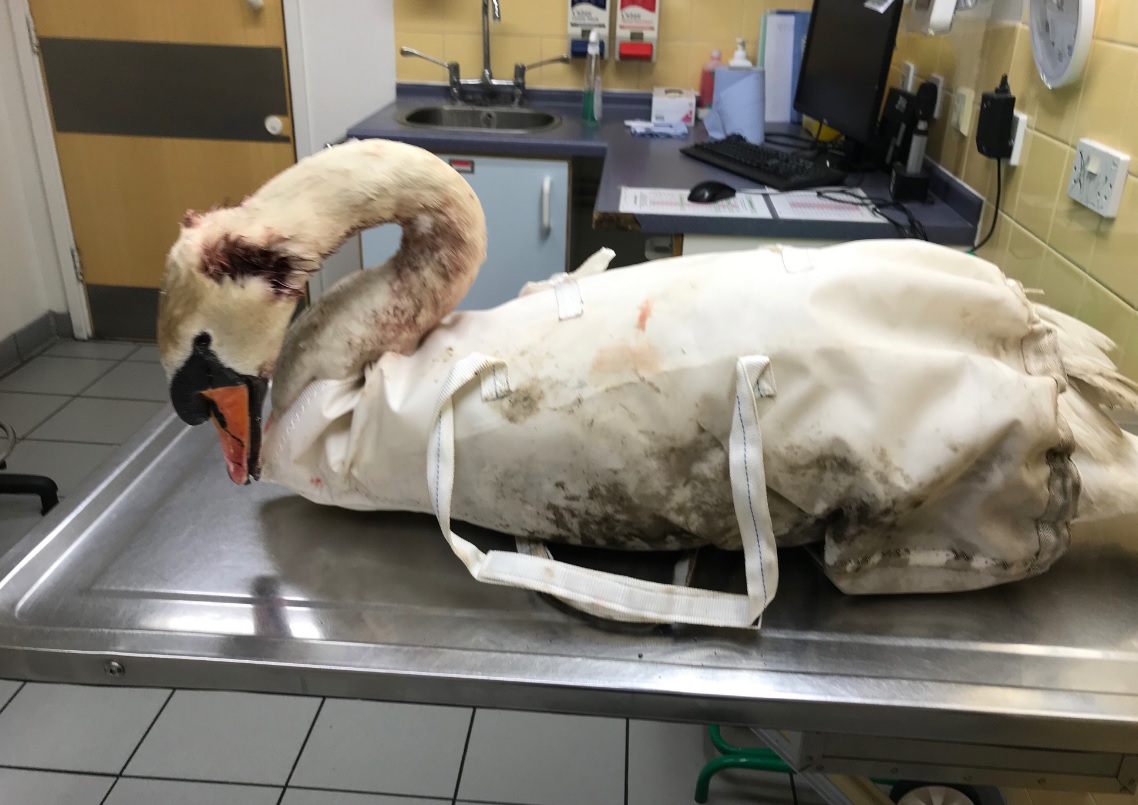 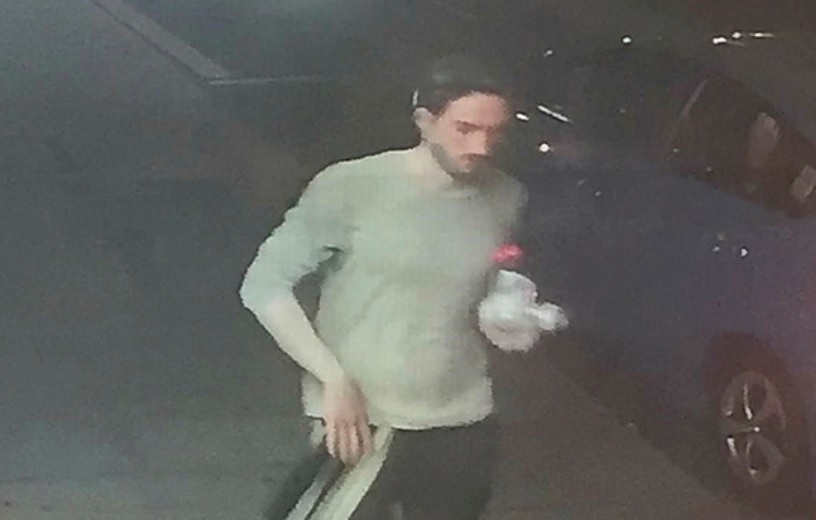