I was alerted this morning to Peabody advertising a new 66-flat block in Thamesmead near the Princess Alice pub and Belmarsh prison.

Call me old fashioned but one would expect a Housing Association to be slightly more ethical than a private developer when it comes to advertising – so when they market it as being “Located on Thames Road in Greenwich” alongside a picture of Greenwich Park it seems a bit off.

Yes, you can say this is technically Greenwich borough but this is very misleading to people unfamiliar with the area. Thamesmead and Greenwich are a world apart – to reach one from the other can take an hour if public transport or traffic is bad. The location page shows numerous pictures of Greenwich town centre.

They also advertise new DLR stations. Well nothing’s confirmed and it could be a decade away – if that.

The nearest rail link is actually Plumstead station though the walk there is far from ideal (sound familiar?) – though some welcome recent improvements have been made.

Money for major improvements to the area by Plumstead station and approaches from Thamesmead has been made available but is running late (again, sound familiar?). It will be between £2m-£3m.

And how much does a flat near Belmarsh, sorry Greenwich, cost? Well, there’s no actual numbers on the page but you’ll need an income up to £90,000. A single person or couple on £20-£30k? It’s unlikely you’ll be able to. 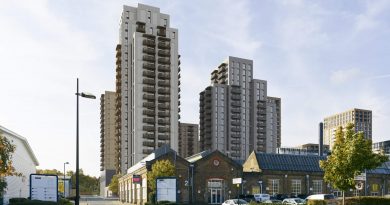