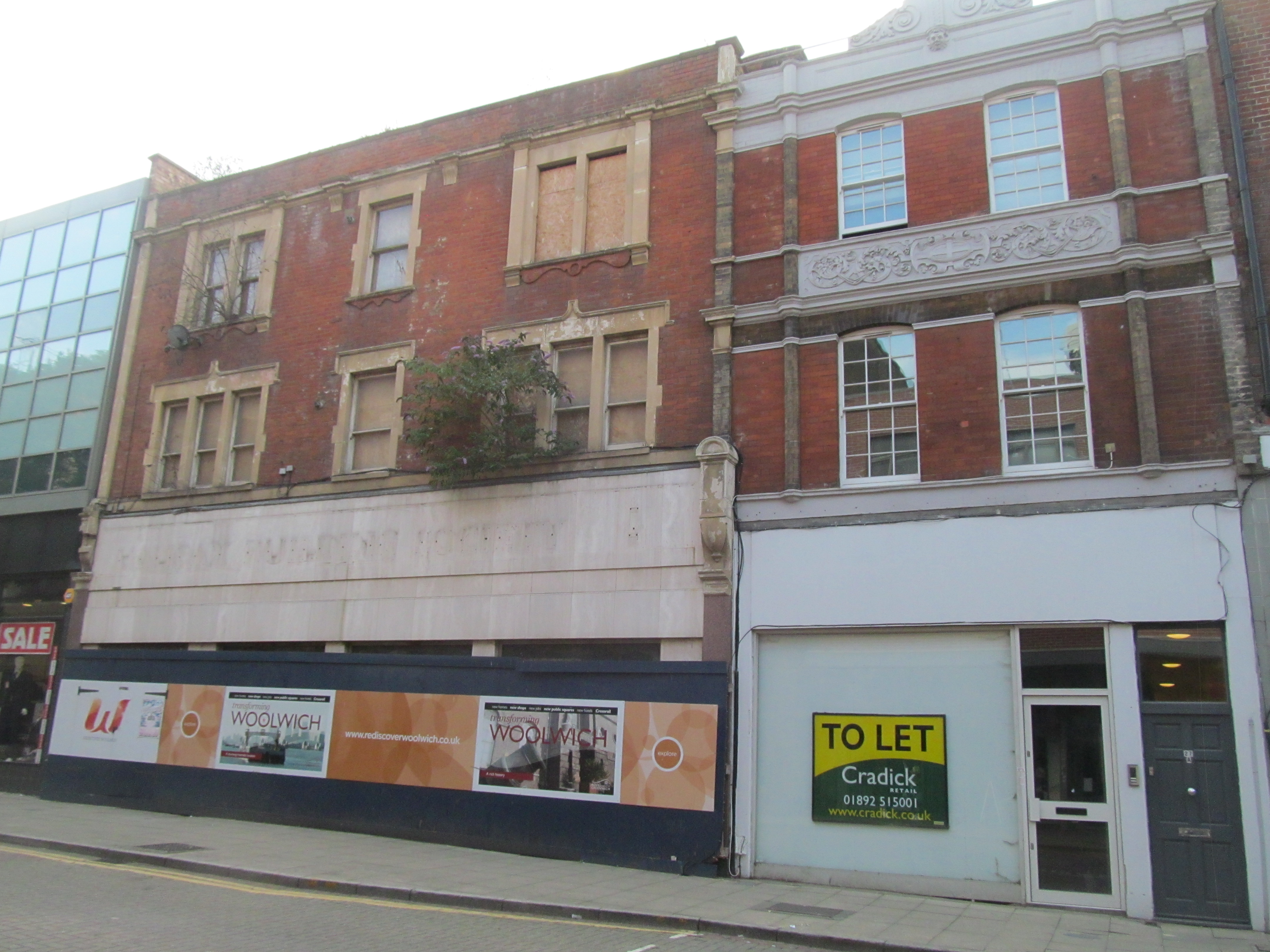 Hare Street in Woolwich was once a bustling, lively town centre street linking Powis Street to the Thames.

It’s not so bustling anymore.

It’s been so for as long as can be remembered. Despite having major retailers such as TK Maxx, Primark and Boots, it’s not exactly befitting a major town centre.

The street has numerous buildings of merit but appears to lack any clear, effective management. Hence the usual is seen on some long neglected buildings; peeling paint, stained brickwork, weeds growing out of buildings, unsightly additions and more.

Upper storeys have a lot of character but less so when it comes to street frontage.

Even buildings housing major retailers are run down let alone those long abandoned. It’s rough around the edges. 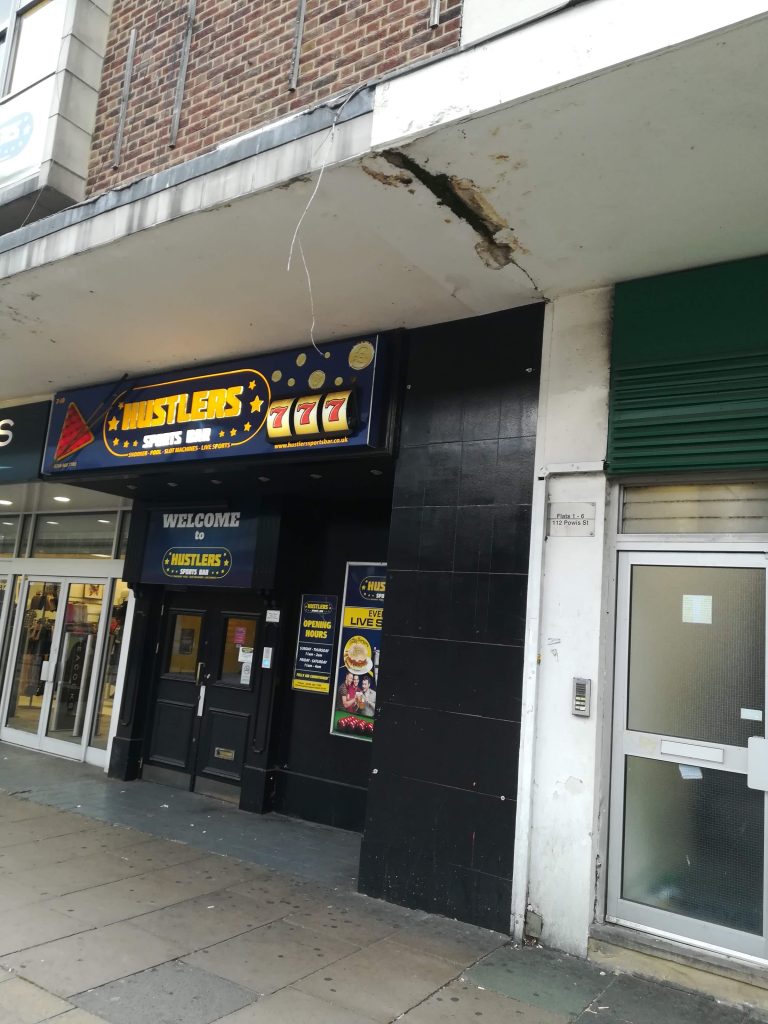 The street once ran to the Woolwich ferry pier. The ferry terminal shifted west, and the Waterfront leisure centre was built on the spot severing the street from the river.

Fortunately, that is due to be rectified when the leisure centre moves to Wilko’s site on General Gordon Square.

But that could be years off. There’s many new homes are being built nearby, such as Callis Yard. Once again, all that Section 106 and Community Infrastructure Levy income could be playing a part improving this corner of the town.

There’s also the option of creating a Business Improvement District. Bexleyheath has one, for example. This is where businesses in a town centre pay a small surcharge to form an organisation to promote and maintain their area.

BIDs often put on events, liaise with councils and other organisations and work to improve town centres.

Many London town centres now have one – in both Labour and Tory areas.

Greenwich Council seem somewhat resistant given their silo-like mentality at times and wanting to retain power. Which is fine if capable and doing a good job. Various areas of Woolwich town centre show otherwise.

Does the condition of this area, amongst others, point to a lack of a lack of strategic direction and effective management across some of Woolwich? Unlike most major town centres, there’s also been no town centre manager to effectively keep on top of issues.

Is that a factor in effective measures and powers to improve the area not being used?

One such power is Section 215 notices which local authorities can issue to building and land owners to force improvements on buildings in poor condition. This building is certainly worthy of one: 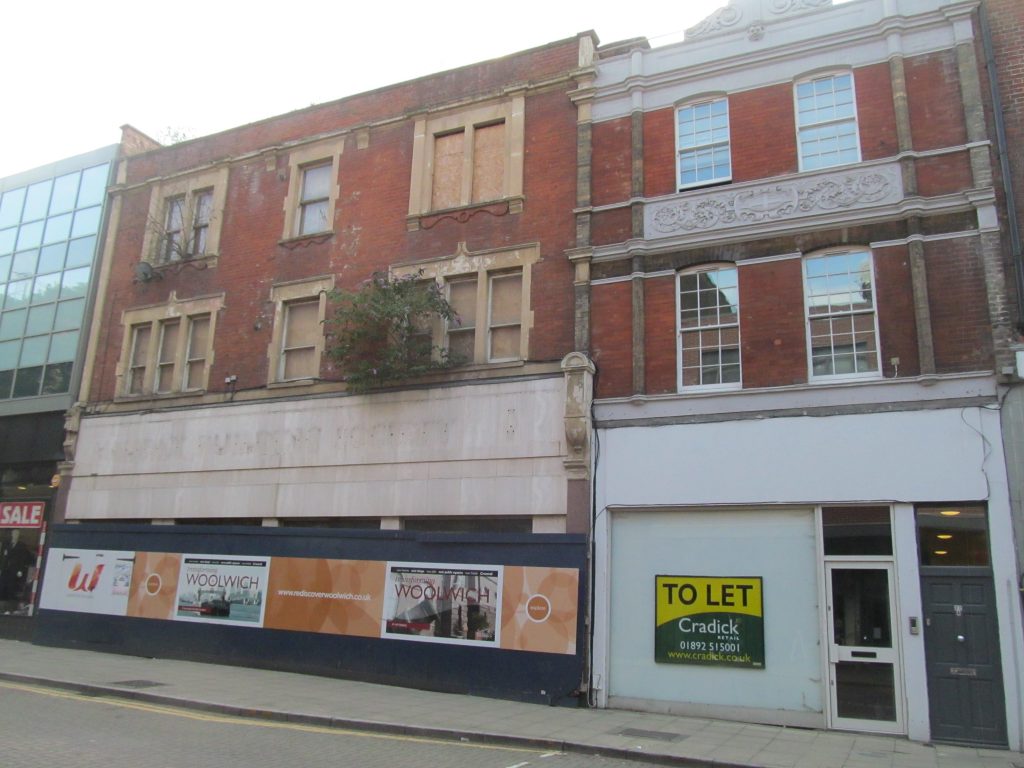 You may remember the saga on Plumstead High Street of a building falling into disrepair over at least a decade. Only after the issuing of a S215 notice, after local resident pressure, has the landlord finally acted to repair and renovate the building.

Effective management should be doing such measures as a matter of course. Woolwich doesn’t appear to have it.

Another curious issue is a island area between Hare Street and Powis Street, that has long been threatened with demolition. The now-restored art deco former co-op on Powis Street was in line for demolition for a car park in the 2000s.

Yet by 2012 the area was recommended as becoming a conservation due to the number of attractive buildings. That has not happened.

With news of Woolwich’s covered market being listed, there’s still areas of the town’s history under threat around here.

Once such spot is Mortgrammit Square, which I covered here, which lies off Hare Street, as plans for wholesale demolition are submitted.

It’s not all bad though. Some businesses are moving into long vacant units on Hare Street. One is Energie Fitness which opens in early December, and another is an African restaurant.

If momentum is to be continued then neglected buildings need improving and the authority has a crucial role in doing so. It’s far cheaper and easier than projects such as the Creative District, though less noticeable and sexy.

A town centre manager could get that done. A new organisation for the town centre would be a massive help too. Add in Section 106 and CIL money and the basis of potentially transformed western end of Woolwich town centre emerges.

Will that mantle be taken up by Greenwich Council leadership? If so, it would mean giving up some power.