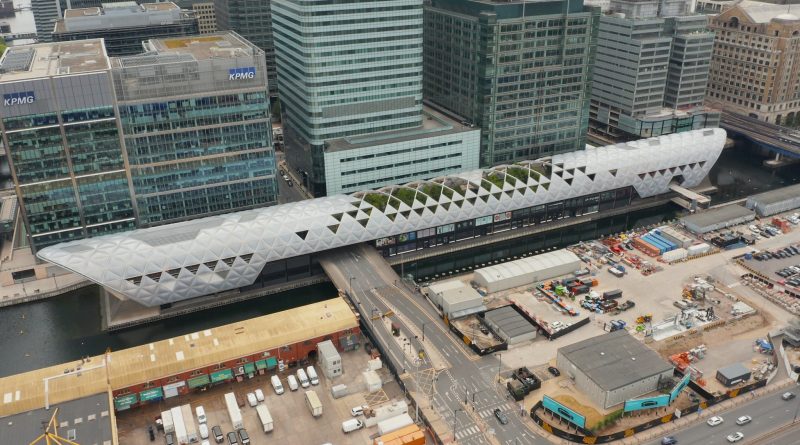 Canary Wharf has become the penultimate station to be completed and handed over to Transport for London.

Crossrail revealed the news in a press release today, as various preparations for the line opening get underway.

The station was one of the first core stations to be completed after construction by the Canary Wharf group, though issues arose over the standard of some areas of construction and fittings. That ensured the first station apparently “complete” became the ninth out of ten to be handed over. Only Bond Street remains.

Much of the station building has been accessible for years including bars and a rooftop garden.

Station access from the south is viable a striking bridge:

A major development named North Quay is planned by Canary Wharf group directly north of the station. Upon completion, a pedestrian link is expected via Poplar DLR station.

The City of London are also selling Billingsgate market, which will see thousands of homes.

The DLR depot will also be built over, with stabling remaining beneath new strucutres.

When Elizabeth Line services commence, Canary Wharf will be 10 minutes from Abbey Wood and seven from Woolwich.

Forthcoming hurdles before opening include testing with thousands of volunteers due in coming weeks.

Miles of queues on M25 and Dartford crossing yet again today

One thought on “Canary Wharf Crossrail station handed over to TfL”