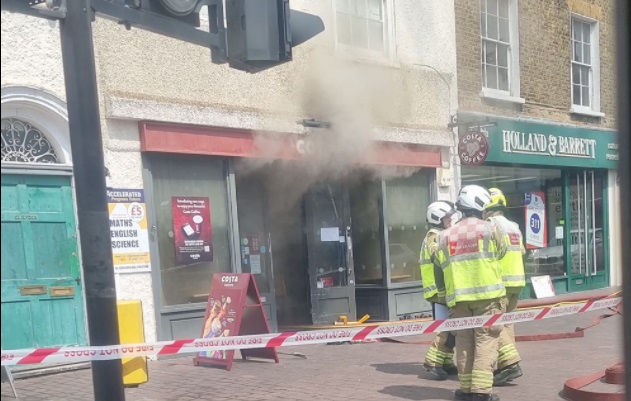 A fire at a branch of Costa Coffee on Eltham High Street has broken out this afternoon.

The unit appears to be heavily smoke damaged.

Firefighters are on scene damping down the blaze.

A video taken by Paul Vince shows the scene before firefighters arrived:

Four fire engines and around 25 firefighters have been called to a fire at a coffee shop on Eltham High Street.

Part of the ground floor of the three-storey building is alight.

The Brigade was called at 1254. Fire crews from Eltham, Lee Green, Sidcup and Lewisham fire stations are at the scene.

The High Street is closed by police. Buses are diverted. 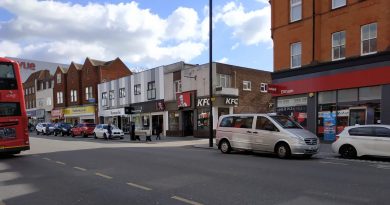 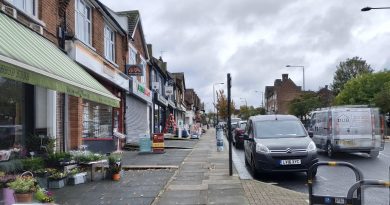 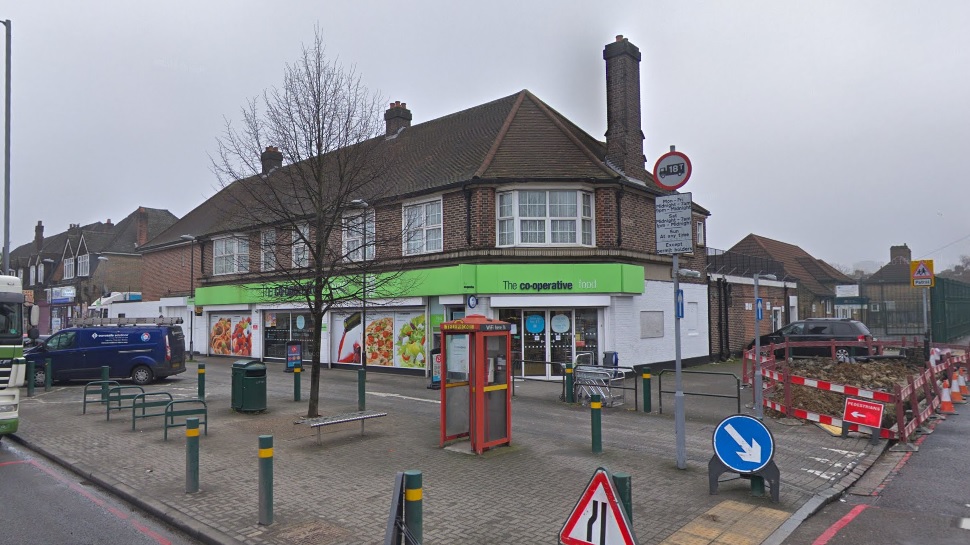 One thought on “Fire at Costa Coffee on Eltham High Street”