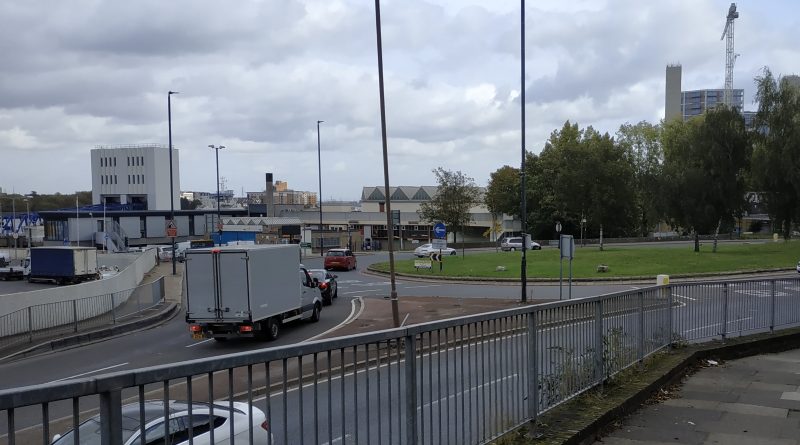 Greenwich Conservatives are seeking to remove the planned expansion of the Ultra Low Emission Zone to Woolwich and Eltham as seen in a motion put before a full council meeting next week. This is despite their fellow Conservative Transport Minister Grant Shapps insisting it happens as part of a funding agreement with TfL.

ULEZ is due to expand to the south circular later this year, with a letter sent from Grant Shapps as part of the funding agreement for TfL (see from page 66 of the link) clearly stating this requirement:

The Tories’ motion states: “Council calls on the Leader of the Council to write to the incumbent Mayor to demand he scrap the extension of the ULEZ and instead create a London Clean Air Fund for Boroughs and community groups to bid for funding from.”

It is also the case that the current Prime Minister appears keen on ULEZ and when Mayor, Boris Johnson sought to introduce the original ULEZ zone.

We’ve seen a lot of this in recent months with the Conservative’s Mayoral candidate Shaun Bailey continually stating London’s Mayor should axe schemes – yet conveniently ignoring the vast majority emanates from the Department for Transport and Grant Shapps – and rather awkwardly has all been made public. Shapps has also pushed for active travel plans:

That’s not to say the Conservatives in Greenwich do not make some relevant points. They state: “Moreover there is a risk of communities just outside of ULEZ (such as Eltham, New Eltham, Woolwich and Plumstead) suffering significant negative impact as road users look to avoid paying the charge by utilising the roads on the boundary of the zone. Additionally, there is a risk that large businesses reshuffle commercial fleets to run more polluting end of life vehicles outside of ULEZ, bringing with it a deterioration in air quality.”

This is a risk, with more polluting vehicles staying outside in those areas. However they support the Silvertown Tunnel with a dedicated lane planned for lorries and HGVs currently excluded from Blackwall.

They also state support for “extending Santander Cycles, and work with neighbouring boroughs and the GLA to assess the levels of non-commercial commuter traffic from outside the Borough. Depending on these results, Council should look to work with neighbouring boroughs to reduce non-commercial journeys that do not bring a benefit to the Royal Borough of Greenwich. Council will carry out a clear equalities impact assessment prior to the implementation of any changes, and will not proceed if it is found they would negatively impact disadvantaged or disabled groups.”

How the authority can reduce commercial journeys from outside the borough while supporting Silvertown and opposing fees for polluting vehicles is not made entirely clear with a vague statement for funding to “act as a pot to fund targeted and tangible clean air initiatives with proven results across London.”