Posted by fromthemurkydepths on January 7, 2020 3 Comments

Another consultation is underway for areas of Thamesmead and Abbey Wood as the latest round of reports and plans are revealed for the “opportunity area”.

These things pop up regularly and this one sees little new. Plans for up to 20,000 homes have long been mooted on Thamesmead at Tripcock Point which are reliant on new transport links i.e. the DLR and/or London Overground.

Draft plan from a few years back

One example of a grand announcement is 11,500 homes announced and the DLR by 2026, and that was almost two years ago.

The issue is that despite all the talk, not one penny in funding for a DLR extension has been forthcoming. TfL is skint and has cost overruns with Crossrail. Central government do not seem keen on funding other projects on the cards for 70 years such as the Bakerloo Line extension, so much hope for Thamesmead?

Renders of DLR extension to Thamesmead. Before that it was the Jubilee.

It again sees the DLR not heading to Abbey Wood station after entering Thamesmead. Afterall, why would people in north Thamesmead want access to frequent Crossrail and Southeastern services heading all over Kent and across London and beyond? Stick with your trundling DLR over the Thames to Beckton or take a bus.

Like previous consultations it cuts Abbey Wood in half for little apparent reason. The town has it bad enough being on the borough boundary. Slicing it in half helps nobody. 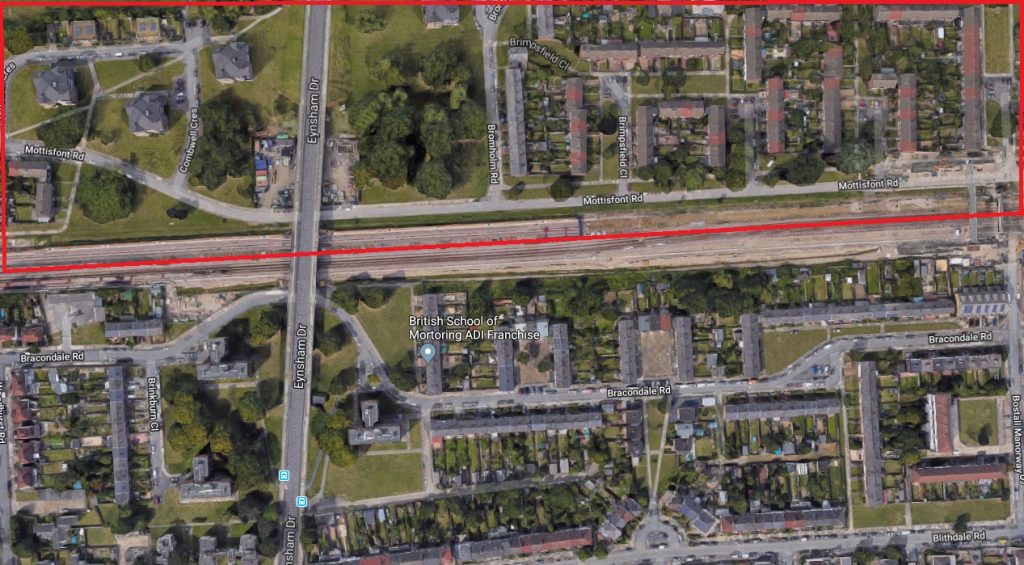 North and south of tracks here contain 1950s/1960s estates. Only north is in consultation area

Despite talking about Thamesmead and Abbey Wood it almost entirely ignores Abbey Wood, including the vast 3,000-home estate badly in need of investment particularly at its heart on Eynsham Drive.

Under a section called “Vision for Thamesmead and Abbey Wood’s Places” various parts of Thamesmead are listed yet Abbey Wood estate is totally absent. See page 54 of the first document listed.

It’s a place that with careful remodelling could see badly needed new homes built alongside renovating existing buildings and hubs. New life, new homes and income reinvested locally. If only.

There’s other obvious wins not to be seen such as reworking retail sheds and old industrial units into mixed-use developments. 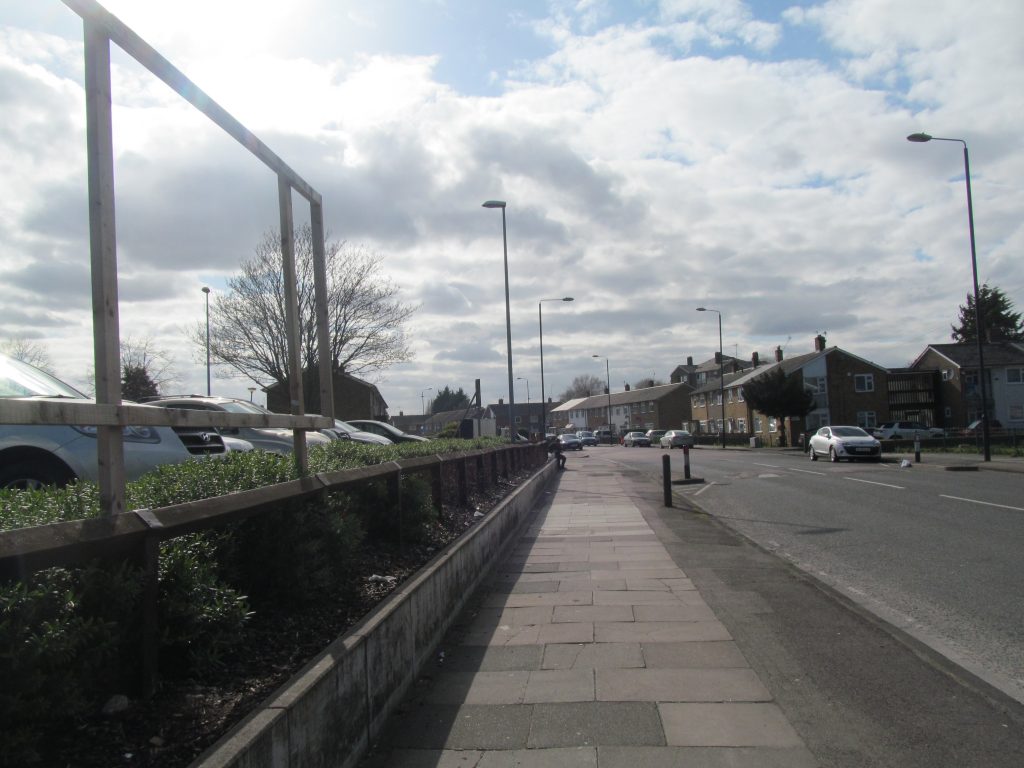 Barely any mention of Abbey Wood estate is made in 201 pages, except to cut and paste what was in 2009 documents for those of us with long memories, including some changes on Sewell Road – which never happened. 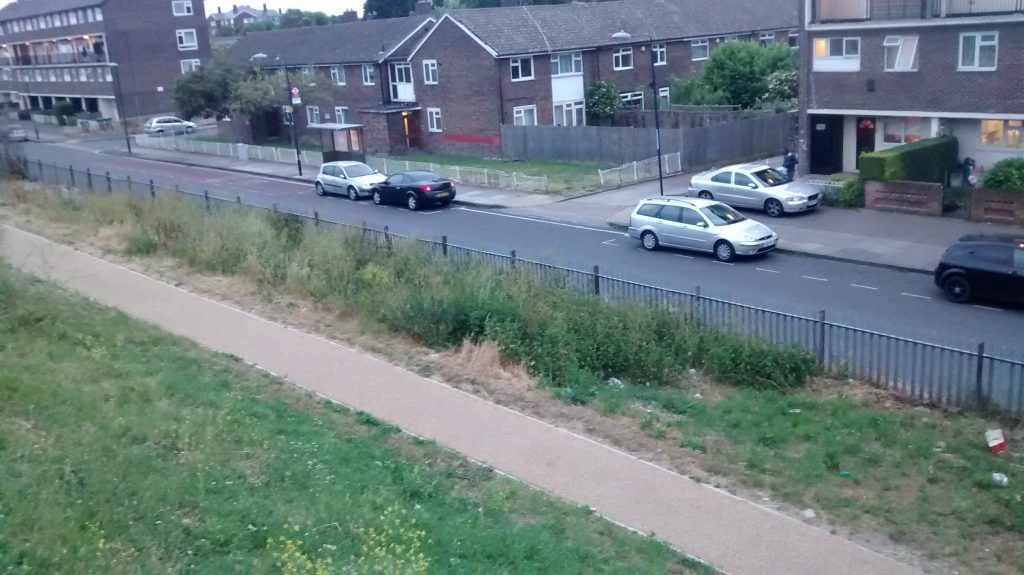 Looking down to Sewell Road from Rideway

By now you may note a hint of cynicism.

All the same mistakes of past consultations are repeated. There’s little here that says anything new – even though areas are crying out for improvements and even a modicum of ambition could provide it to bring life to neglected communities and areas plus assist the housing crises.

It claims 8,000 homes could be supported without the DLR using bus transit schemes alone. For those who don’t know what they are, it’s a glorified bus route. A previous scheme around the turn of the Millennium was downgraded from a tram, to trolley bus and then little more than a re-branded 472. At 12 buses an hour in this new document I’m not sure it would be enough for 8,000 homes.

How a new bus rapid transit scheme would meet narrowed roads in Woolwich revealed yesterday is another question. 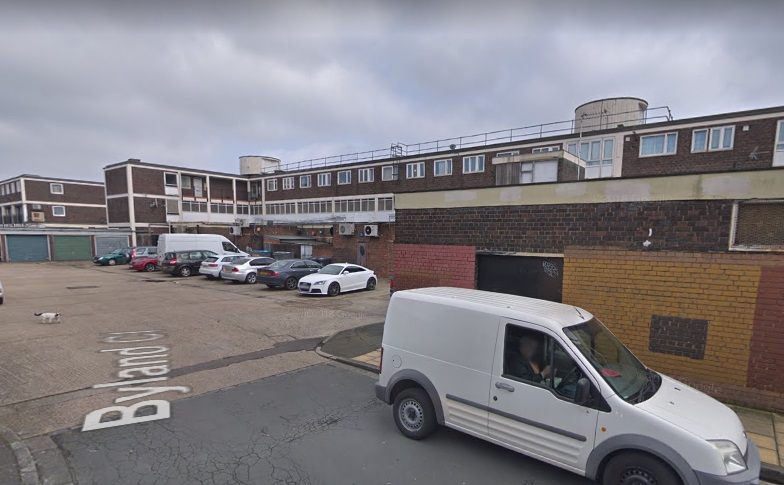 It’s went up almost three weeks ago on the Mayor of London’s website – though only now have Greenwich Council put it up on their site. Maybe that’s shows how much they’re bothered. There’s little sign in this anyone in the council is fighting for Abbey Wood – especially the estate. So much possibility to improve with little to see here.

Go have a look. I’m sure they’re trying to bore everyone into saying nothing given its groundhog day-like ideas. But still, gotta try eh?