One of three former bidders for the next Southeastern franchise has launched legal action against the Department for Transport after being kicked out the running of another franchise.

Stagecoach was in the running along with the current operator GoVia and Abellio. The DfT excluded Stagecoach from three franchise bids and the company have now decided to fight back on the East Midlands franchise – though it means the DfT is unlikely to proceed with the other two. This could push any award even further down the line from a possible late 2019 or June 2020 start date.

It was reported last year that all three bids were non-compliant. Apparently all still were yet the DfT only excluded Stagecoach.

The Southeastern franchise award has been delayed around four times since it was originally due to end five years ago. Each delay kicks the can down the road in terms of investment and future planning. Grayling of course blocked TfL from taking over Southeastern metro routes yet seemingly has no strategy for his own department to manage the franchise.

Trains are in poor shape. I was on a 25 year old “refurbished” carriage earlier. It wasn’t in good condition to say the least with some sort of slap-dash patch and mend work seen in various areas, and to be honest it appeared on the verge of falling apart in places.

Half the disabled priority area stickers were gone. The floor was bubbling up. These things are clapped out.

But where’s the incentive to fix trains when the operator has no idea when the contract ends? The stations were similar. Few staff seen and the next train display broken.

Chris Grayling’s stewardship of the DfT has been beset by blunders costing taxpayers large sums including the notorious ferry contracts. This could well be the latest. It is estimated that previous errors as Minister of Justice have cost taxpayers £467 million. 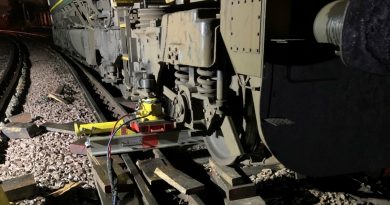