Posted by fromthemurkydepths on January 16, 2019 3 Comments 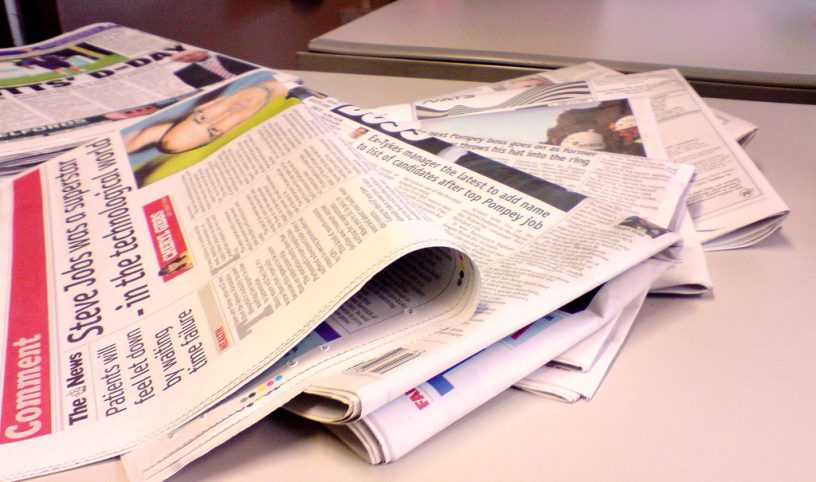 The past couple of weeks have seen some big changes in the world of London media with closures of certain titles and threats to others such as the News Shopper.

Much of it isn’t new, with upheaval common for years and some big names a shadow of their former selves. The Mercury is almost invisible and the News Shopper is run on a shoestring miles away from areas they cover. And last week Reach (formerly the Mirror group) announced the closure of Wharf which covered the Isle of Dogs.

Interestingly they mentioned the property downturn as a reason. Most papers are heavily reliant on developers and large housebuilders for adverts and that’s why you’ll rarely hear impartial news or much critique when it comes to new developments and issues such as high house prices.

The Standard is notorious for it. Every area is “up and coming” on a revolving loop.

The Wharf’s owner Reach have instead set up a new cross-London title called MyLondon with six journalists based at Canary Wharf. They’ve consolidated other London area titles into the scheme.

How much local knowledge that will offer to much of London remains to be seen.

The Shopper still retains an active online presence though staff numbers are a fraction of what they were. It receives assistance through public money via the BBC. The few staff left are also based many miles from areas they cover.

And this week came news that their owners Newsquest are to possibly be taken over.

The National Union of Journalists state Newsquest and owners Gannett are: “being pursued by the most predatory of vulture capitalist corporate raiders who are far distant from the needs and responsibilities of a modern media company”.

Whether there’s much left to chop at the Shopper remains a mystery given it’s been reduced to bare bones in recent years.

Federica Bedendo of the NUJ stated:

“Journalists within Newsquest already think this company has hit rock bottom and the prospect of being acquired by an organisation that’s renowned for cost cutting and job slashing isn’t going to do anything to benefit our titles or indeed our working conditions.

“We already operate on a shoe-string, morale is at an all-time low, stress levels are through the roof and we lose more and more talent each day due to the way that Newsquest operates.”

The future of traditional media in London continues to look precarious. Fortunately in south east London fantastic internet sites such as 853 and Bexley is Bonkers continue to cover issues and scrutinise.