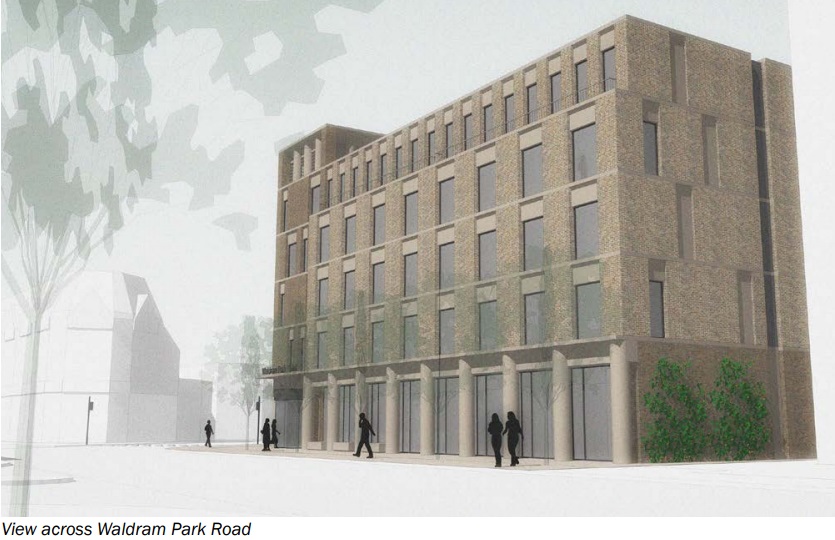 A planning application has been submitted to demolish the co-op supermarket in Forest Hill and construct an 89-room Holiday Inn with bar, restaurant and convenience store on site.

The site is a stones throw from Forest Hill station which has Southern train to London Bridge in 15 minutes and London Overground with areas such as Shoreditch being 22 minutes away. Services recently began running 24 hours on Friday and Saturdays. 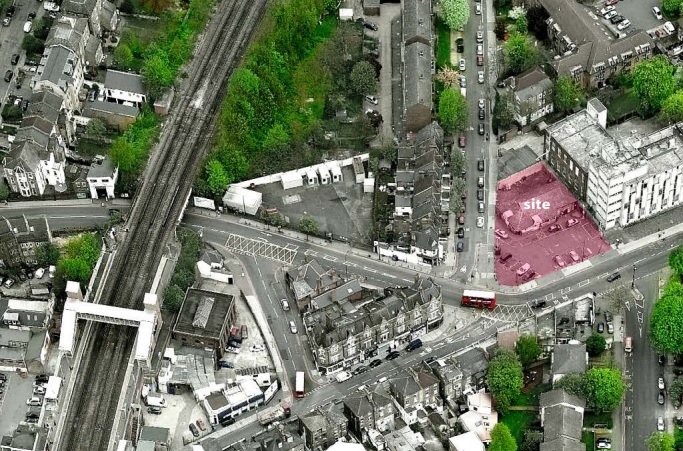 Developers had initially looked at a residential scheme using the build to rent model. 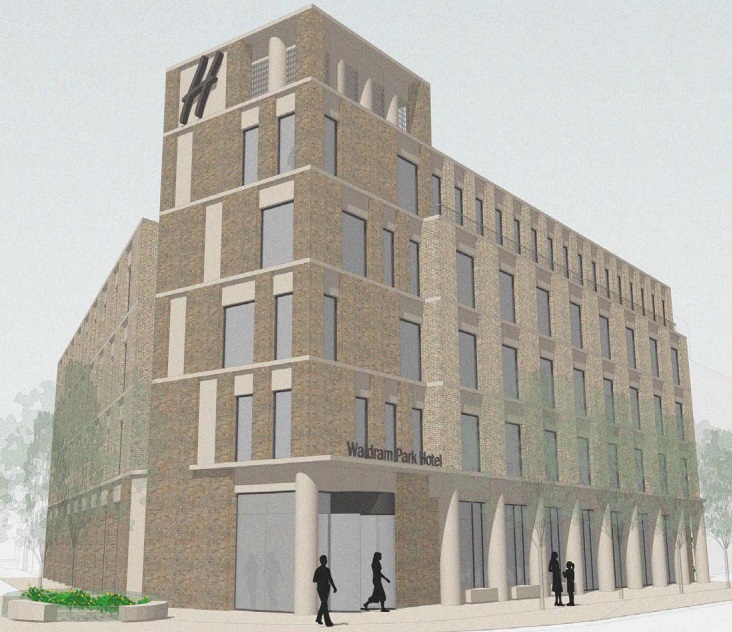 Many homes in London are now being built using this model, though with rents in new-builds on average 11% higher than already very expensive rents in much of London, I’m dubious as to how much this sector can become mass market with such a premium. 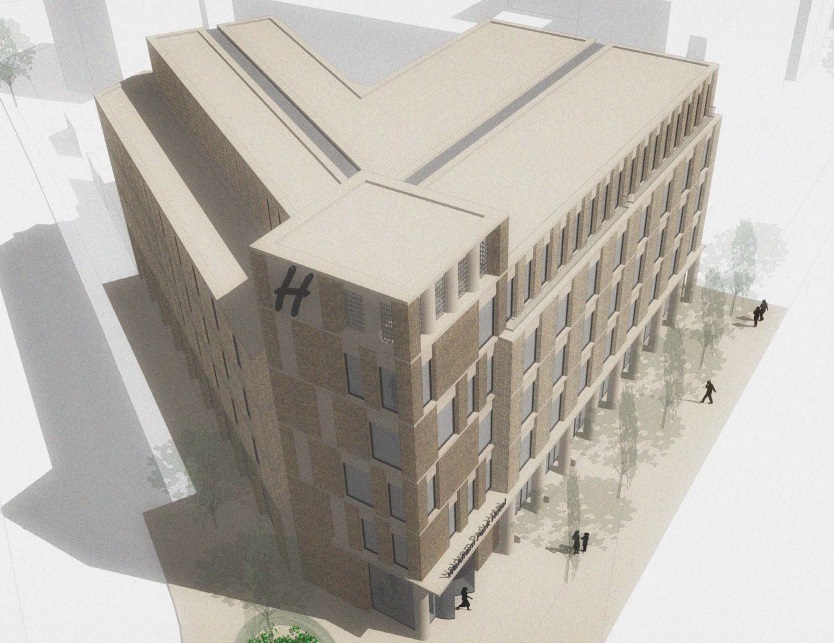 Maybe the developers agree, as they’ve changed to a hotel scheme.

Plans have been altered throughout the design process to provide more public pavement space around the building. This came about after request from Lewisham’s Design review Panel. 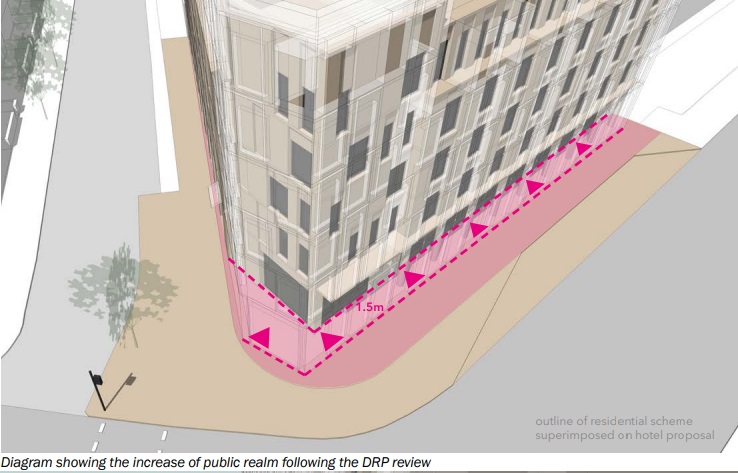 A coach loading bay is proposed for coaches up to 12 metres in length.

The scheme is by Petroschka Architects.