Posted by fromthemurkydepths on July 28, 2020 4 Comments 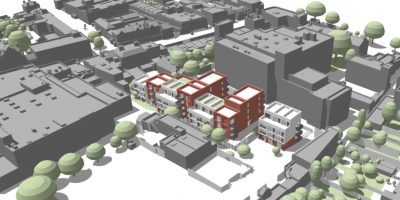 Plastic barriers and a small number of cycling “wands” along Eltham High Street cost £142,457.72 according to new figures revealed in bid for TfL funds from Greenwich Council.

This follows revelations of just how much basic measures apparently cost when bids were made for TfL funding for Woolwich and Greenwich. Woolwich was put at £164,000 and Greenwich £119,130.

All costs seem far in excess of similar projects seen across other London authorities that have revealed information in public meetings and documents. Greenwich refused to reveal much detail so the public was forced to make Freedom of Information requests.

There’s many other apparently elevated costs or absent details in the Freedom of Information documents. Greenwich Council asked for 15 modal filters at a cost of £150k but unless I’m missing something they never actually told TfL where they would be. Southwark, for example, asked for £5k for modal filters and gave locations. 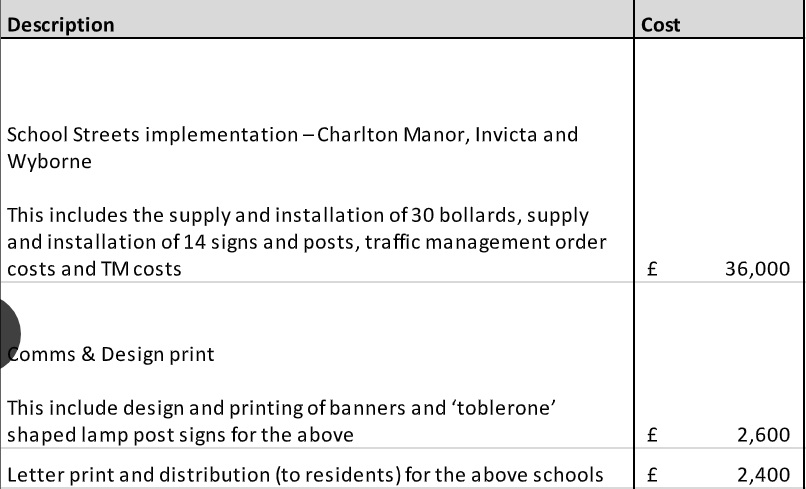 It’s a similar story with funds for school streets. Greenwich claimed it would cost £41,000 for three of them. Southwark quoted £3,450 per school.

Greenwich claimed a further five would be decided on 15th June. If they have it’s not been made public but then throughout this process decisions have been conducted in secret. The authority claimed they could not consult. Southwark claim consultation is essential and set up a website to do so.

Southwark include details in public meetings and put out extensive documents. Greenwich never have.

Southwark state in regards to consultation:

“Southwark launched its Commonplace website on 15 May. This has enabled
residents, workers and community groups to identify areas of concern, ideas,
improvements and to provide their support on transport and movement issues in
the borough. The most beneficial measures are then identified and installed by the
council using ETMO’s which then updates the Commonplace website with this
news, and emails over 500 people who have signed up to receive bulletins. If any
safety issues are identified with the experimental measures, then remedial work will be quickly undertaken.

A minimum of six months after these measures have been installed the council can consider people’s views before deciding whether to adjust, make permanent or remove them. The council envisages working in this faster way using Commonplace and ETMO’s during Covid-19 and the lockdown and for some time afterwards.”

You get the gist.