Posted by fromthemurkydepths on April 25, 2020 3 Comments

9:45PM UPDATE: Woolwich Tesco superstore has been sealed off by police tonight and shoppers told to evacuate after a major incident which saw a man arrested with a knife and firearm.

Earlier this evening witnesses reported an armed man and being told to run for exits by police. 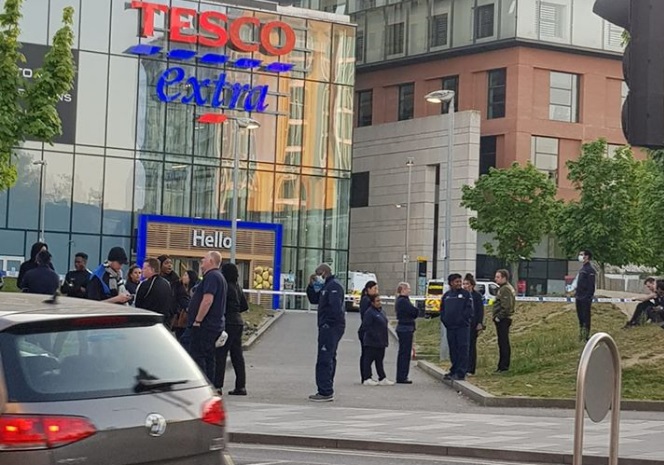 Greenwich Council leader Danny Thorpe has stated there are believe to be no reported injuries.

Greenwich Police have just released this information at 9:42pm:

“ARREST | Man arrested after being found in possession of a knife, a firearm and a quantity of powder near Tesco in General Gordon Sq just after 6pm today. No reports of any injuries. Man remains in custody and enquiries ongoing.”

Police have closed both the car park entrance and sealed the green space in front of the store leading to the main entrance.

The site can only keep going through generosity of readers. To help donate through Paypal here. It costs money to keep it running and using website hosting companies.