Posted by fromthemurkydepths on November 14, 2019 5 Comments

The latest operation to catch those with weapons has taken place at Abbey Wood station today.

A knife arch was installed as staff checked for weapons and conducted ticket checks. 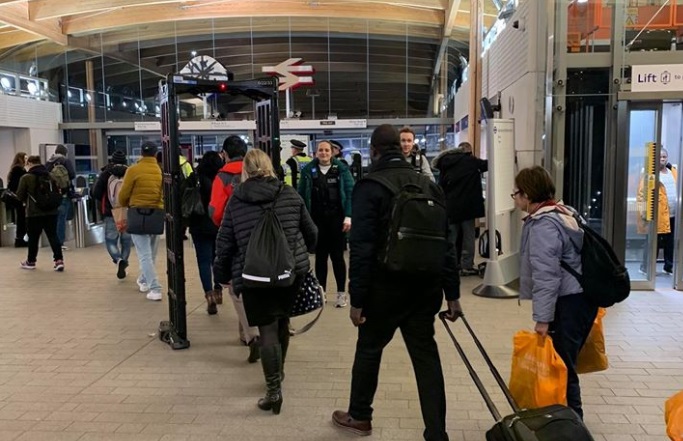 According to police three arrests were made and a discarded knife found at the station. 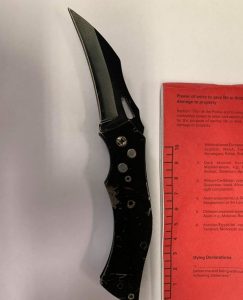 A knife was found discarded on the station and an investigation is ongoing in relation to ownership. 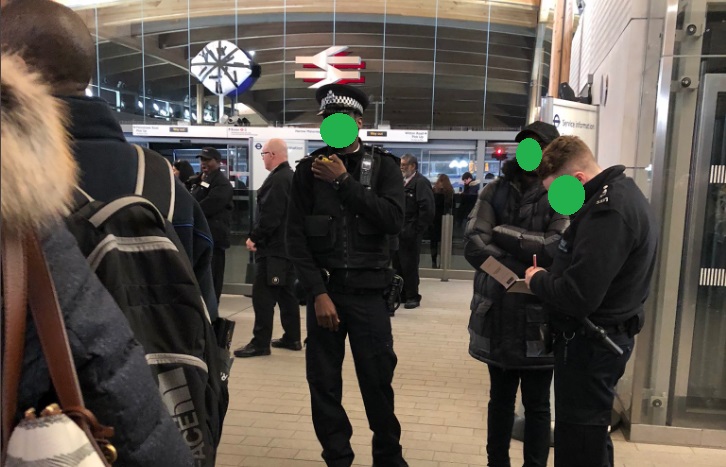 Recent checks happened at Plumstead, Woolwich Arsenal, Lewisham and Belvedere. Nearly 200 fines were issued for those without correct tickets in Plumstead alone and arrests made for weapons at prior swoops.

Unlike prior operations this one did not involve Southeastern staff as Abbey Wood is now managed by TfL.

One commuter raised concern that funneling all passengers into one queue had seen people pushing and shoving on the stairs as those at the back were unaware what was happening.

In recent days people have voiced concern that despite Abbey Wood being the only station with ticket barriers in operation all day long, some people had jumped over barriers or rushed gates.