Posted by fromthemurkydepths on October 27, 2019 5 Comments 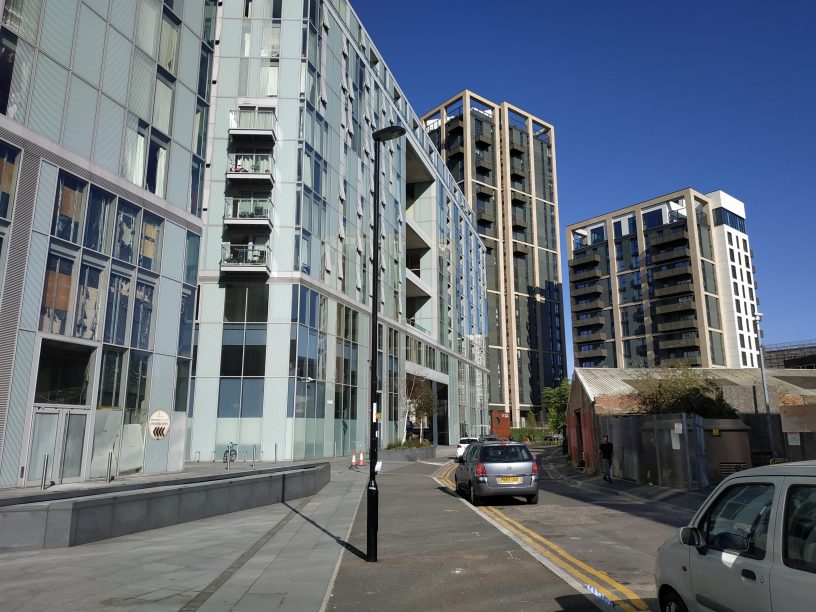 Travellers living at Enderby Wharf for the past week or so have left the site and moved half a mile west to a new site on Deptford Creek. 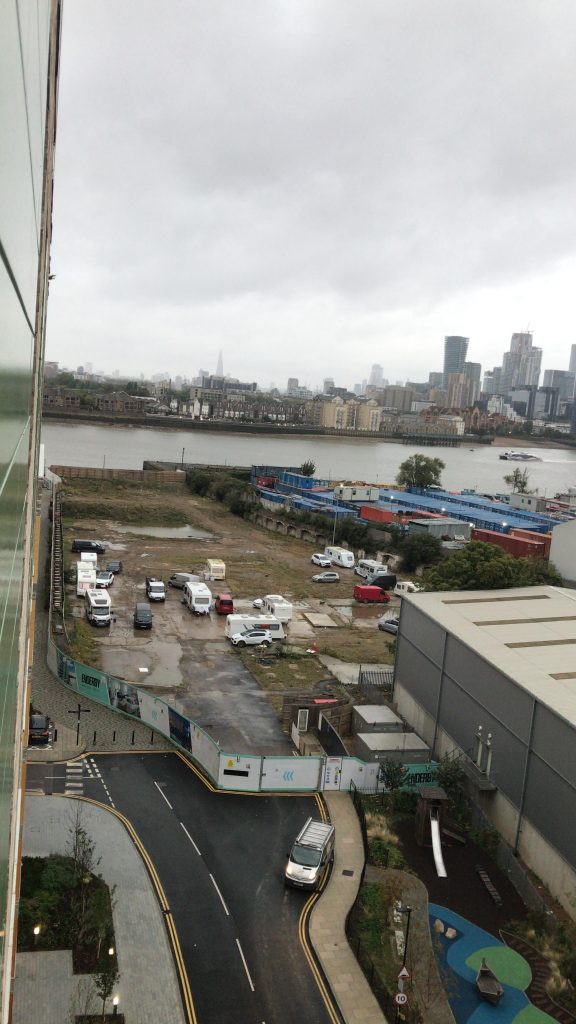 They’ve moved onto another long-vacant site in the area where housing plans have taken many years to get anywhere.

Tower plans for Deptford site have been around for a decade

This plot is next to Trinity Laban near the new Union Wharf site.

Some have argued at least the sites are being used for something given developers apparent land-banking for many years. 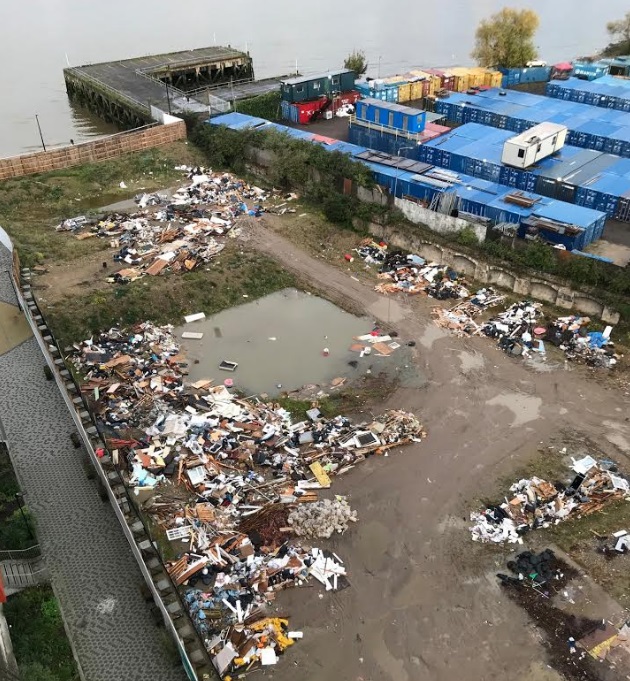 Though residents in Greenwich are not happy about the mess left behind at Enderby Wharf.