Posted by fromthemurkydepths on October 16, 2019 5 Comments 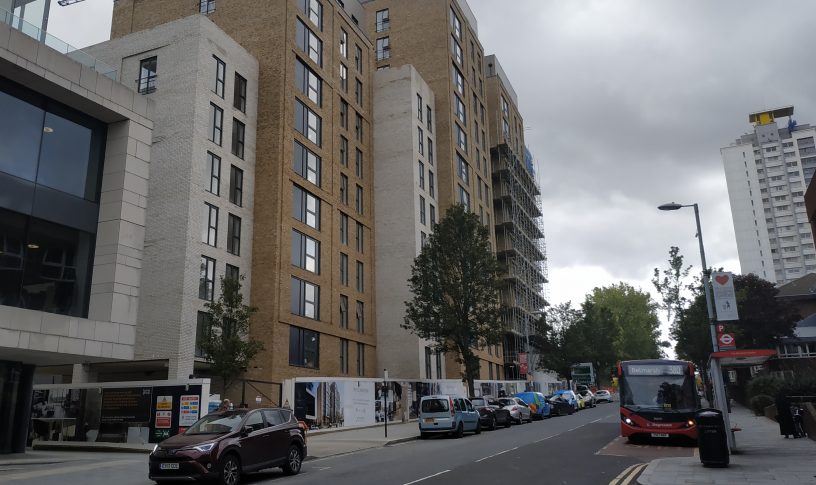 A new block containing 81 flats on Wellington Street in Woolwich is approaching completion.


This block is located beside the Woolwich Centre and library and near the Town Hall. It was formerly Ogilby Housing Association flats dating from the 1950s. 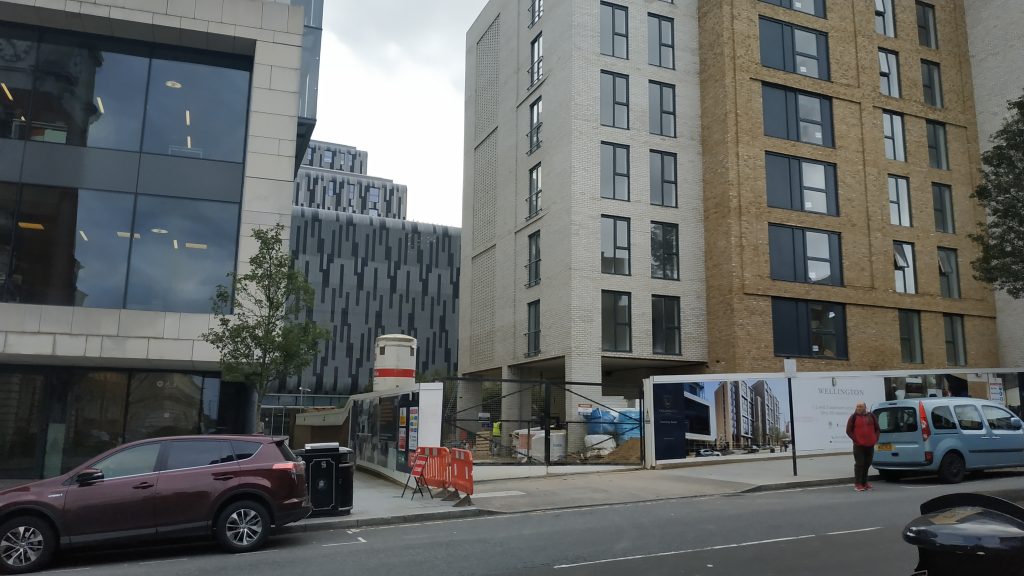 Woolwich centre on left with Tesco behind

Plans were originally unveiled in 2015 (covered here) which were reduced in height before construction commenced. 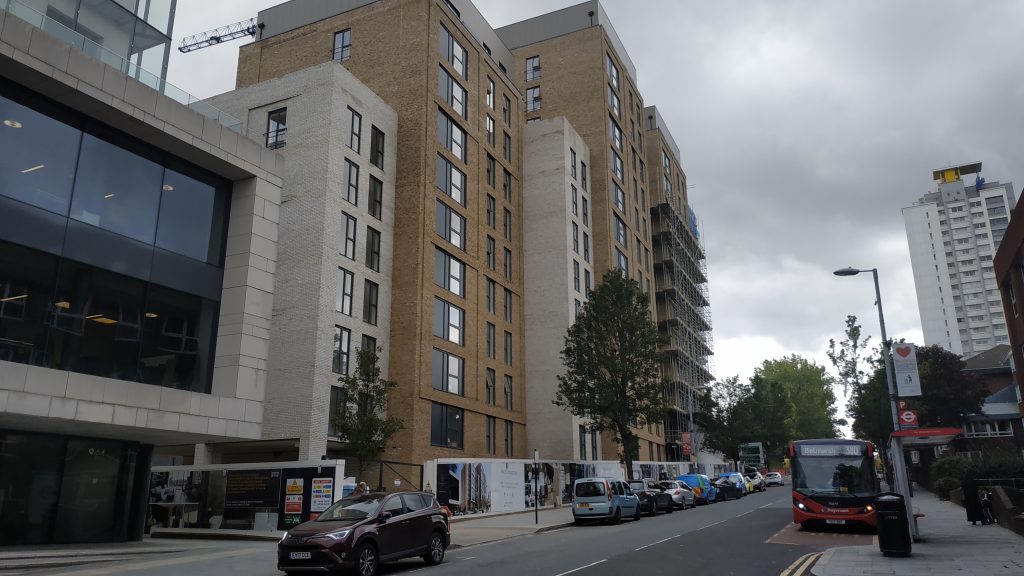 A pocket park was proposed to the rear of the building. I couldn’t see how that was shaping up from the street – and views from nearby streets were not much more revealing: 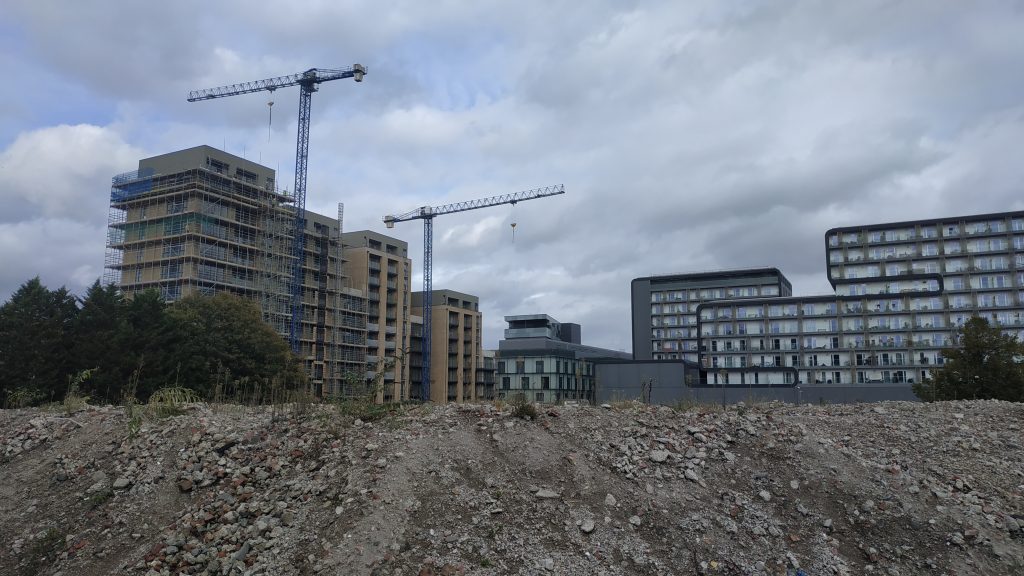 Park would be behind mound

In reality prices are stagnant at best since 2016 across London and Greenwich borough – with some new builds falling in value. 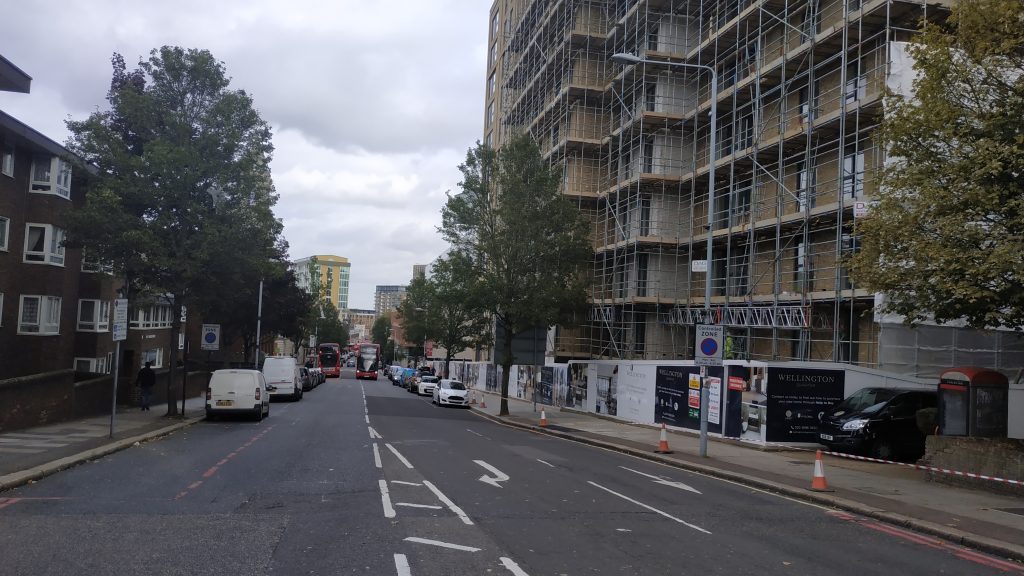 Looking towards General Gordon Square with Town Hall on left

The development comes emblazoned with the obligatory “Help to Buy” logo and adverts. 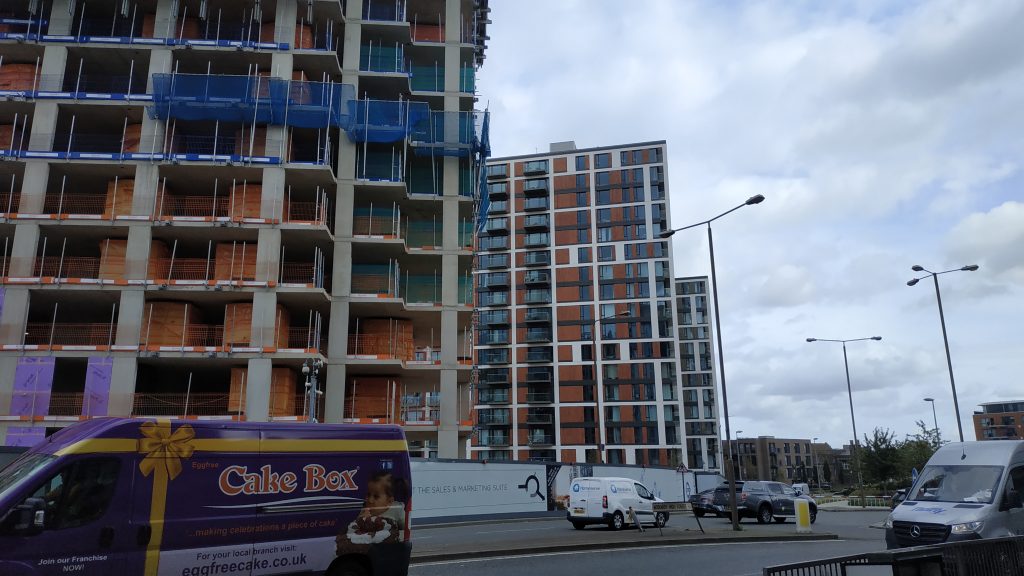 Of course by now Crossrail should have been running to accommodate new occupants here, at Royal Arsenal homes, Callis Yard and other sites. Still no confirmed opening date.

Or buy a coffee through the Ko-Fi service