Posted by fromthemurkydepths on August 9, 2019 2 Comments

A new music and events site in Greenwich named Magazine is nearing completion with final touches being applied to new buildings and outside space.

The site will be able to accommodate up to 10,000 visitors and is located north of a gold driving range to the west of the o2. New buildings on site can hold up to 3,000 people with another 7,000 accommodated outside on a riverside location looking towards Canary Wharf. 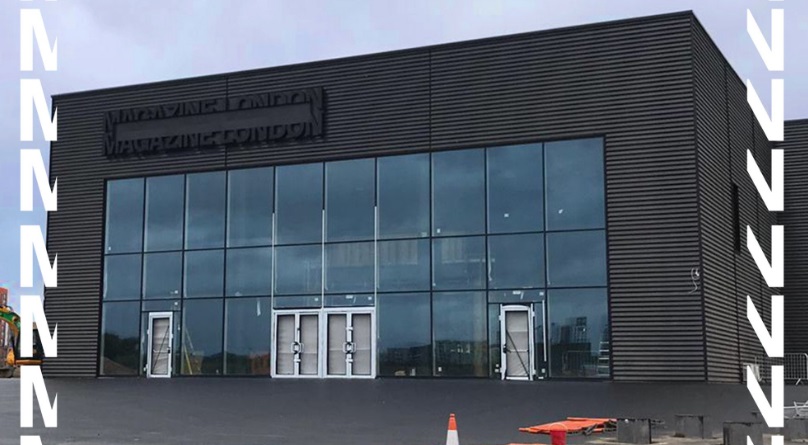 One aspiration is a music festival with stages inside and out.

The first event planned on 7th September is a “fashion, beauty and lifestyle bloggers/influencers” event for 5,000 people. 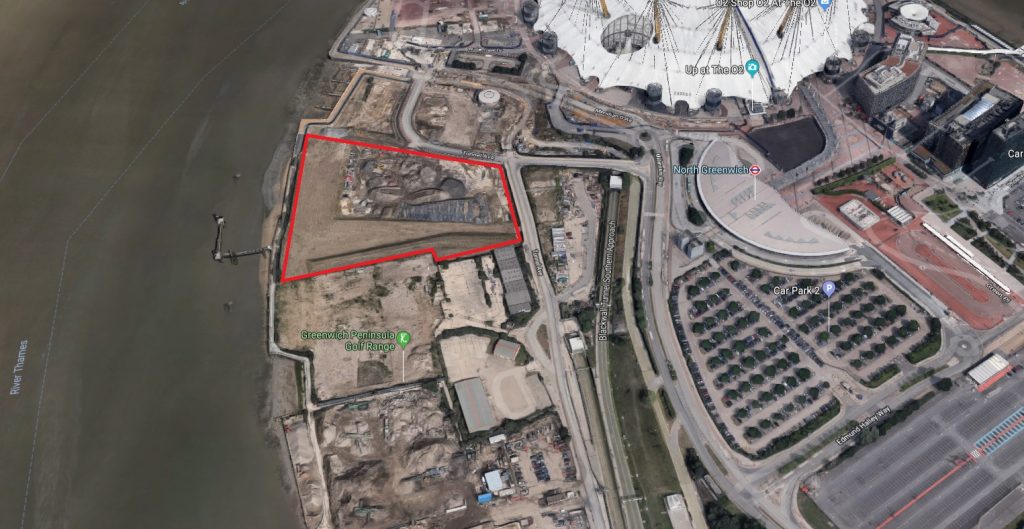 Developer Knight Dragon is behind the venture and the project is not related to the o2 – which is a stone’s throw away. The o2 has its own event on the 7th September and it will be interesting to see how the Jubilee Line holds up with events at both venues on the same day.

A new transport interchange for the o2 has just been cancelled and extra trains for the Jubilee Line were scrapped in late 2017.