Posted by fromthemurkydepths on July 21, 2019 3 Comments

In recent weeks work to improve parts of Avery Hill’s winter gardens have stepped up a gear with consultation commencing. I popped along to see how the park and gardens are looking. 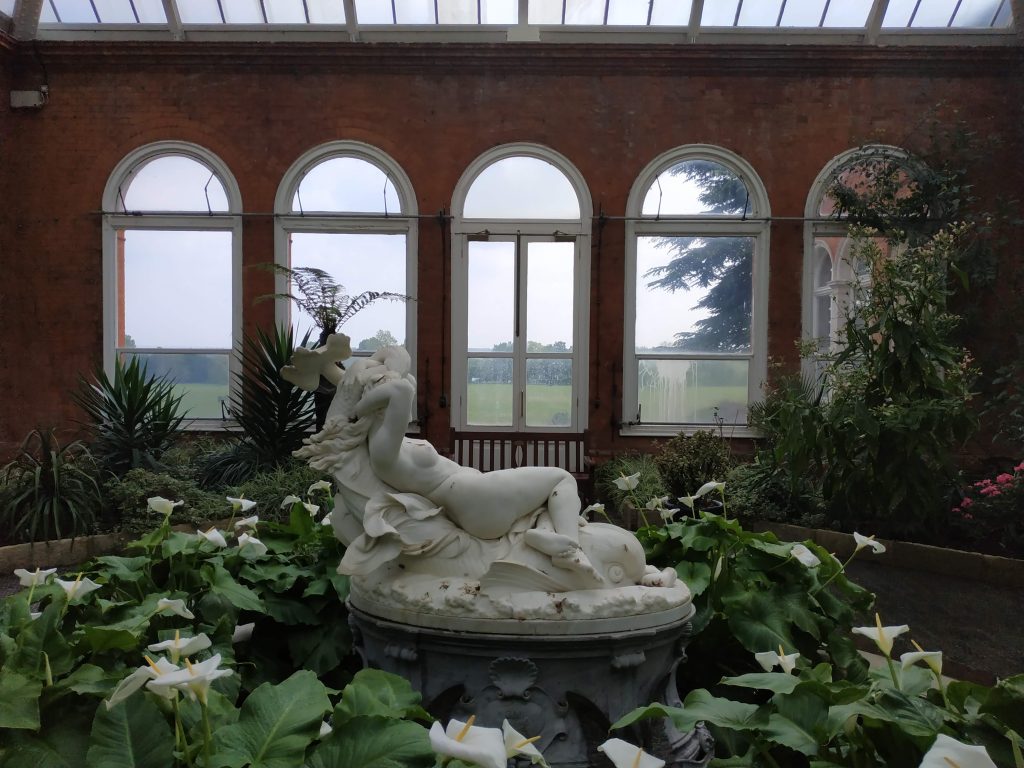 For those unaware, Avery Hill park is a sprawling patch of greenery covering a large part of Eltham located east of Eltham High Street. It’s popular – but perhaps not as popular as it could be with investment. 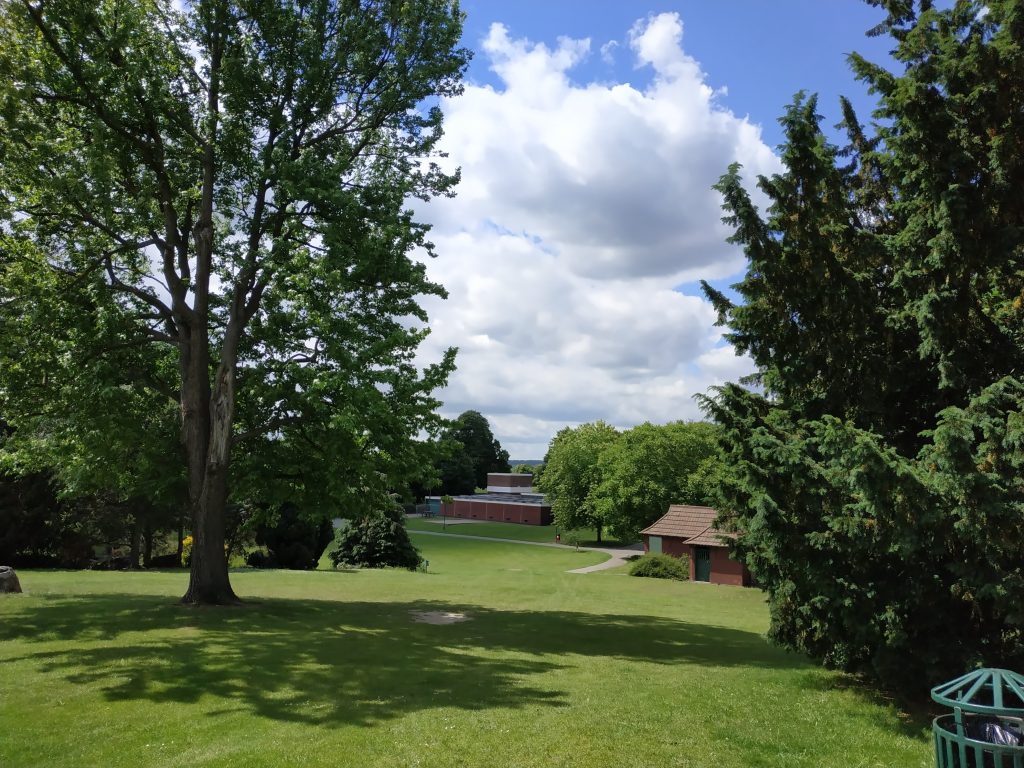 There’s definite scope to bring more life to the park with empty buildings dotted around: 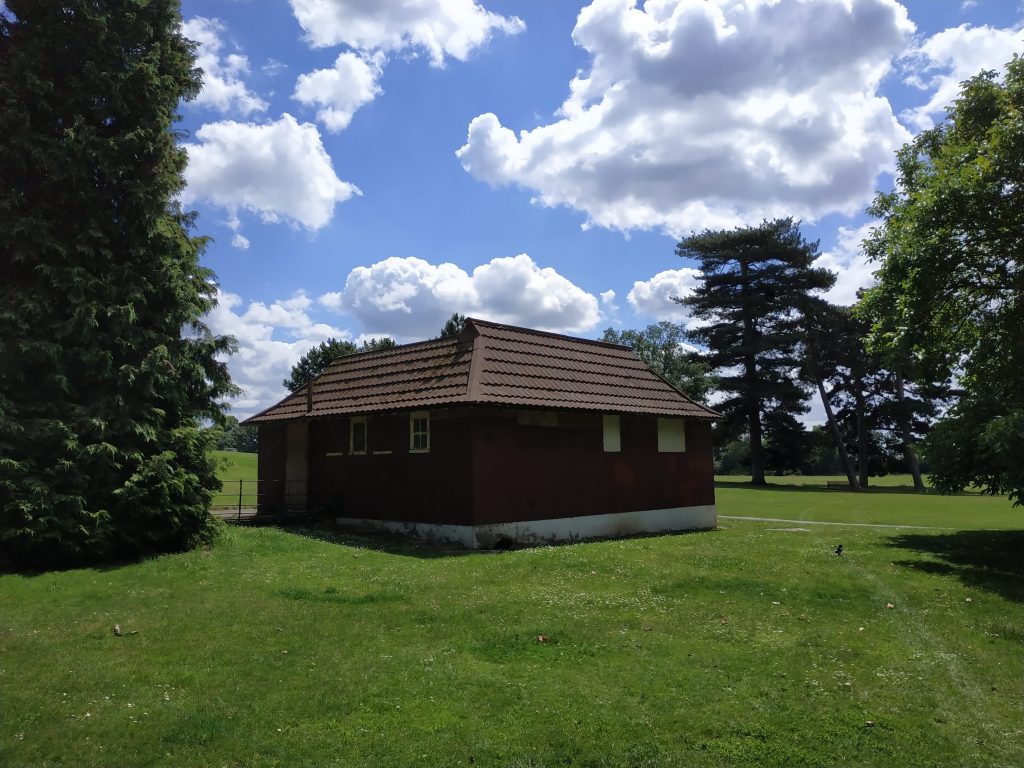 There is a nice cafe, though it’s looking a bit tatty on the outside with signage missing and graffiti painted over – badly: 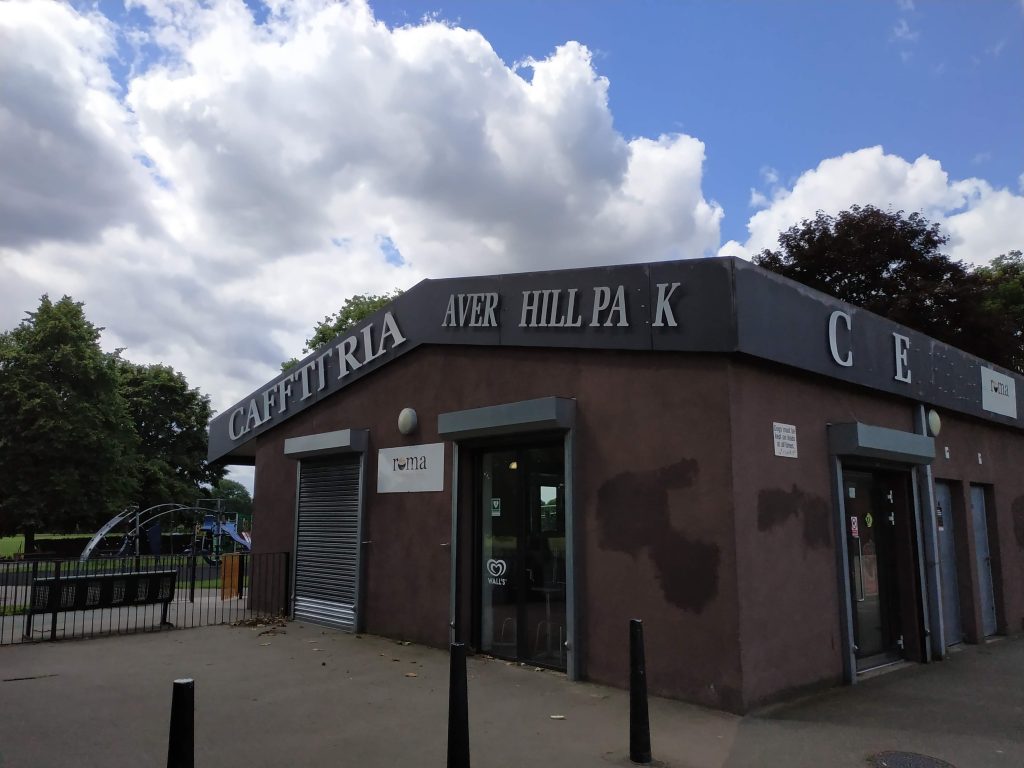 A squat building which looks of 1970s vintage resides nearby. It isn’t the most pleasant and closely resembles a bunker: 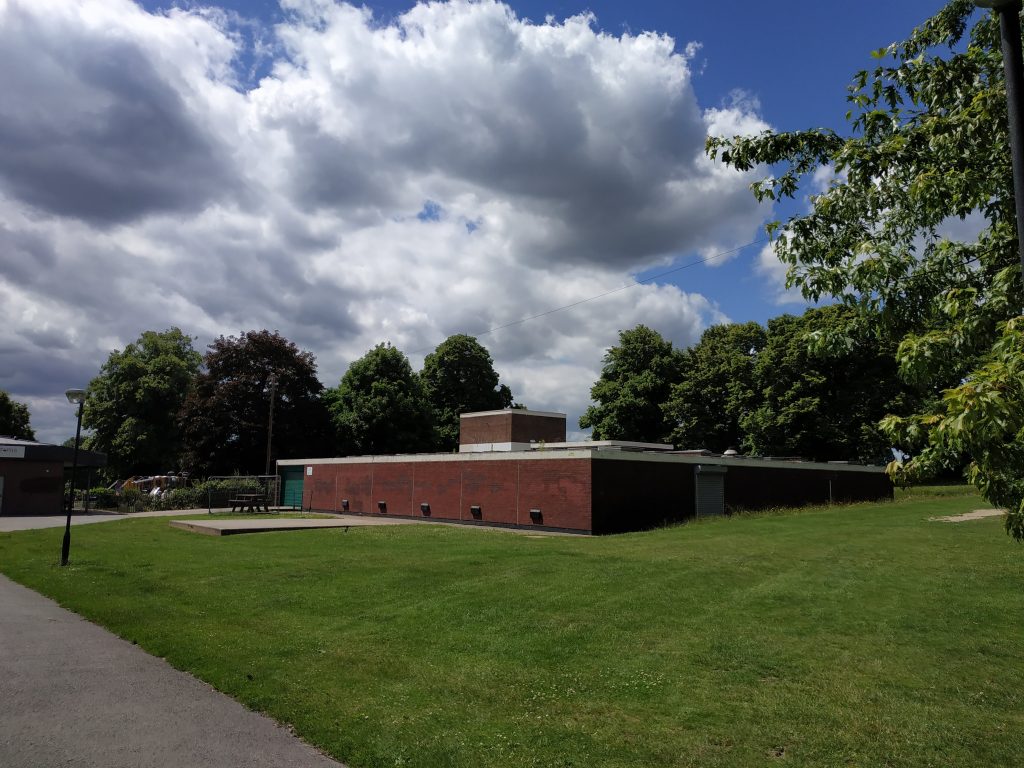 It’s easy to imagine this whole spot thriving with investment and becoming an even bigger asset to the community. Indeed, the very first line of the very first Google search result describes it as “a dull public park” which seems a little harsh: 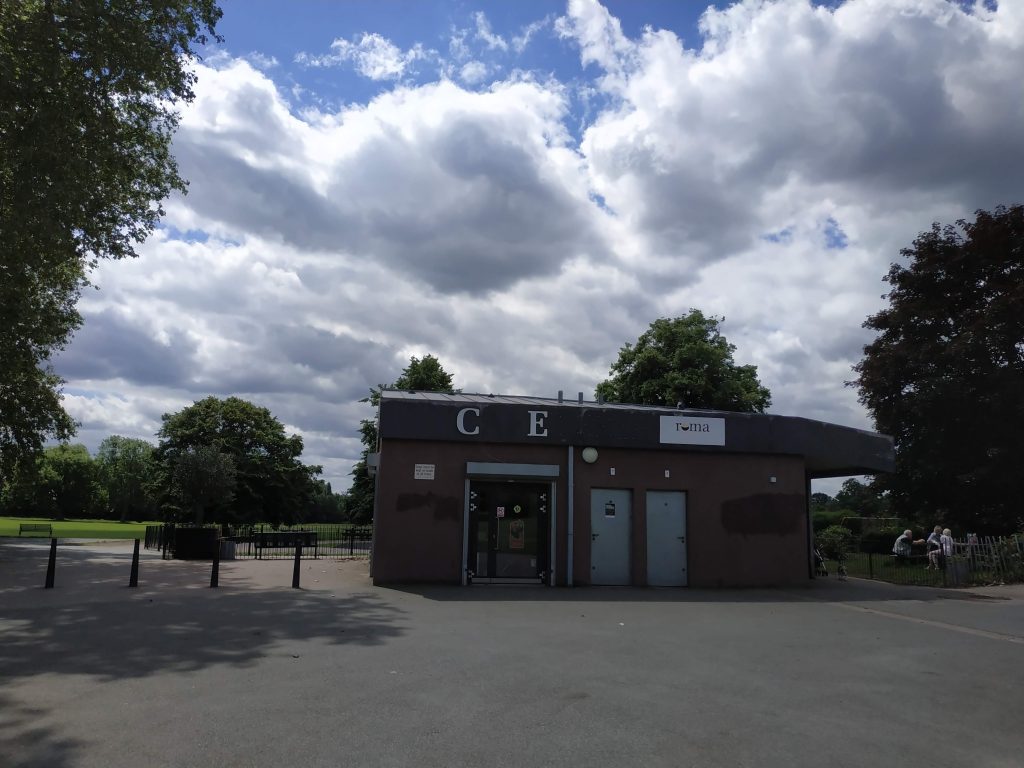 The air of slight neglect continues at the Winter Gardens, located within a gorgeous building second only to Kew Gardens in the capital. The Google result is kinder to this spot.

The conservatory was part of a large house owned by John Thomas North who made his riches by imported guano from Chile. 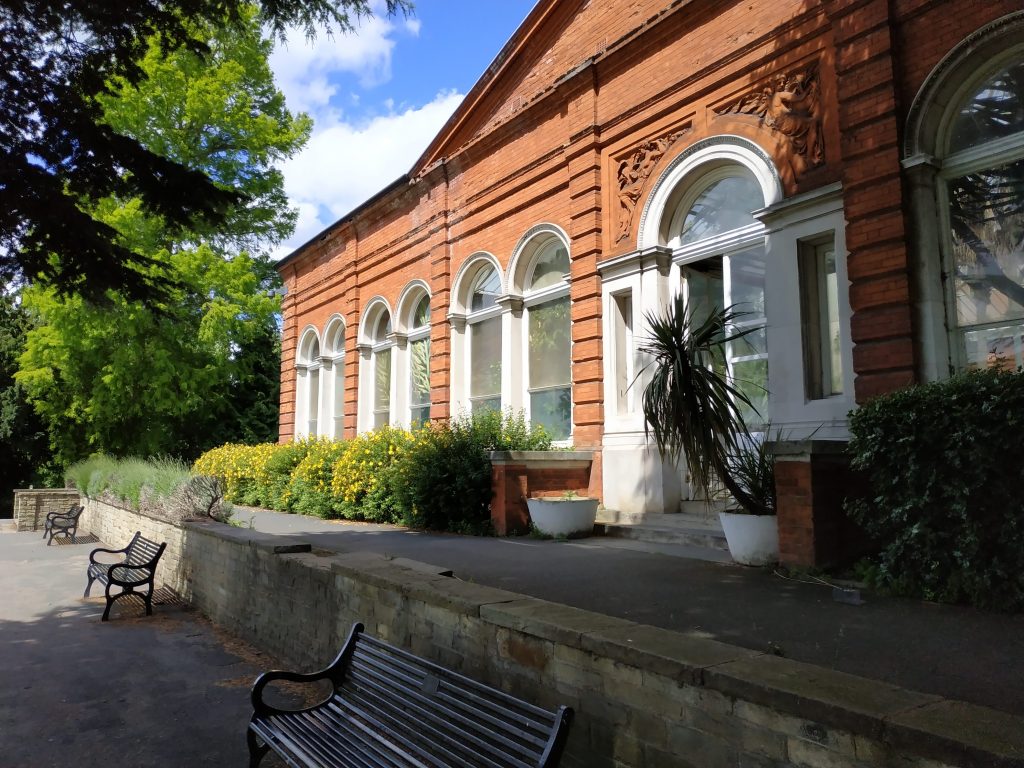 Walls outside surrounding buildings are not in the best condition in keeping with many Greenwich parks, though landscaping is well maintained 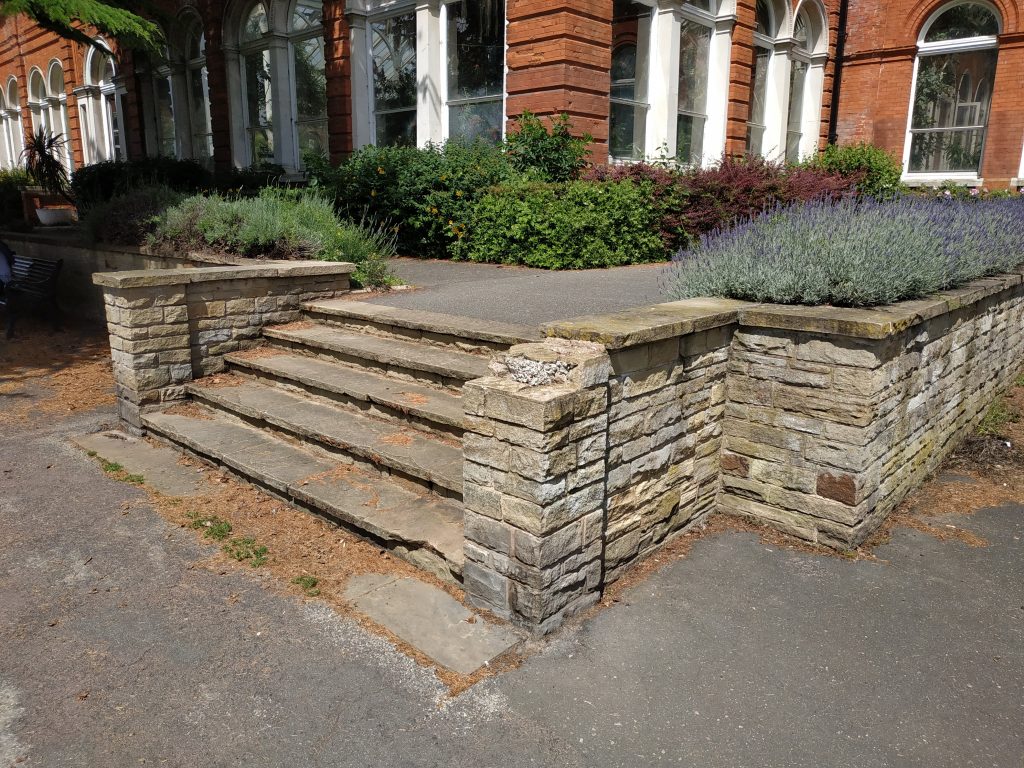 The walls are nowhere near as bad as those in, say, Abbey Wood and Plumstead parks mind which are really falling apart:

The main issue with the Winter Gardens are the buildings, which require nearly £4 million to restore: 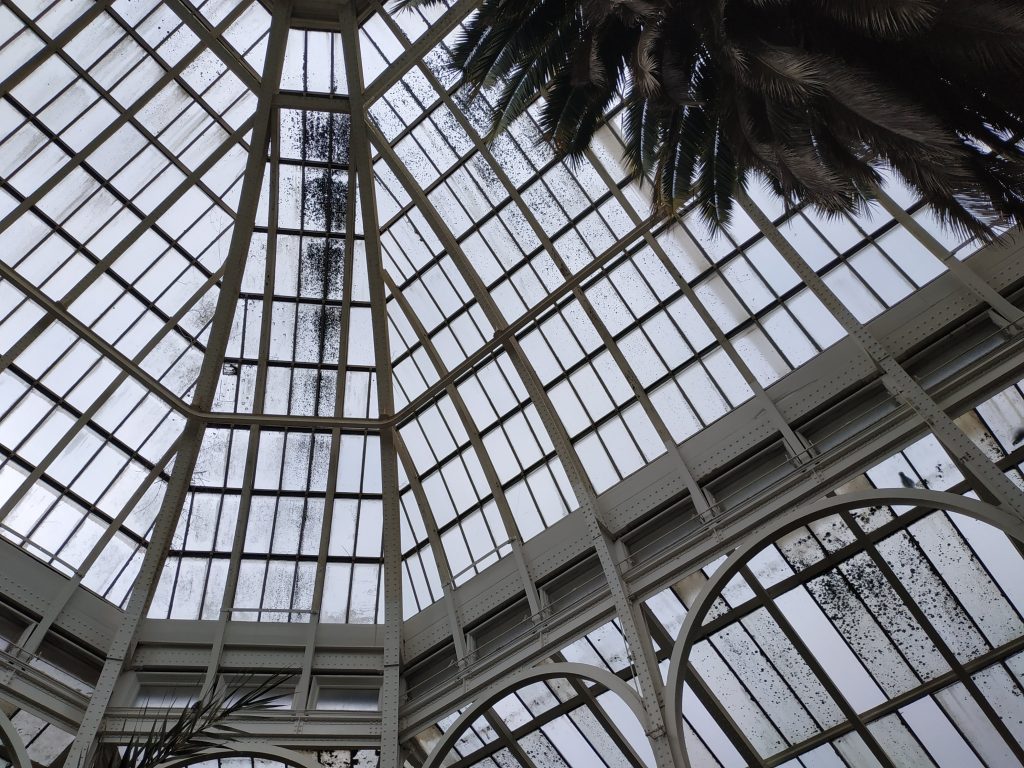 Some parts are now closed to the public: 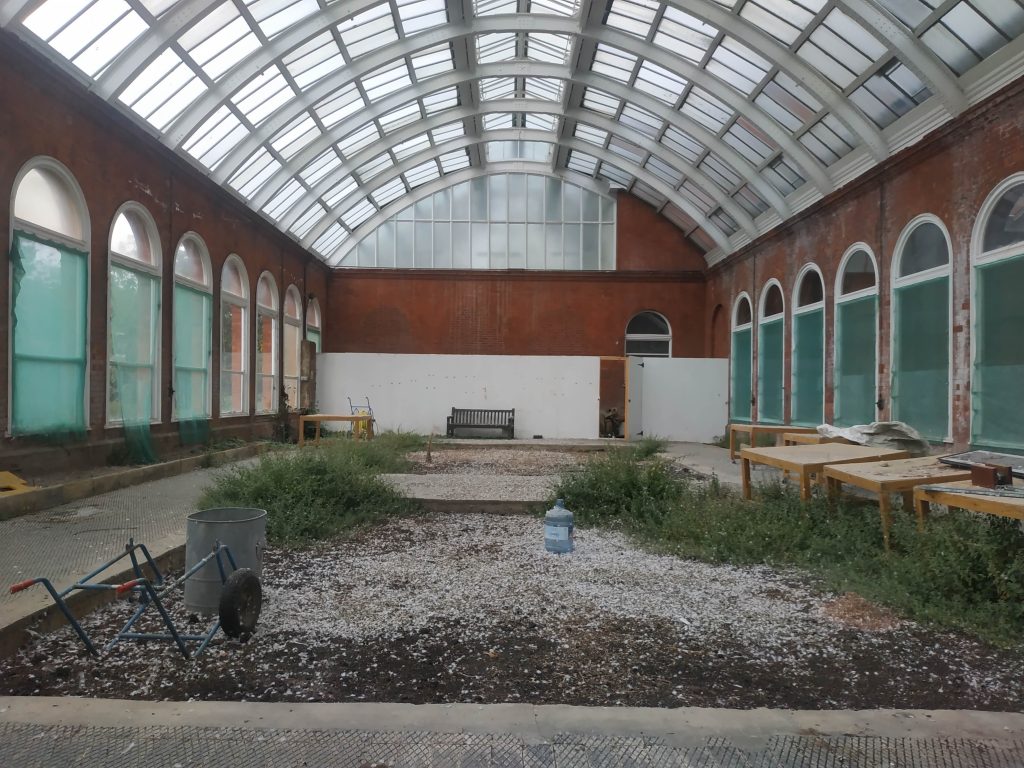 Empty and in need of refurbishment

And on a sunny day it was a shame to see the Winter Gardens entirely empty. 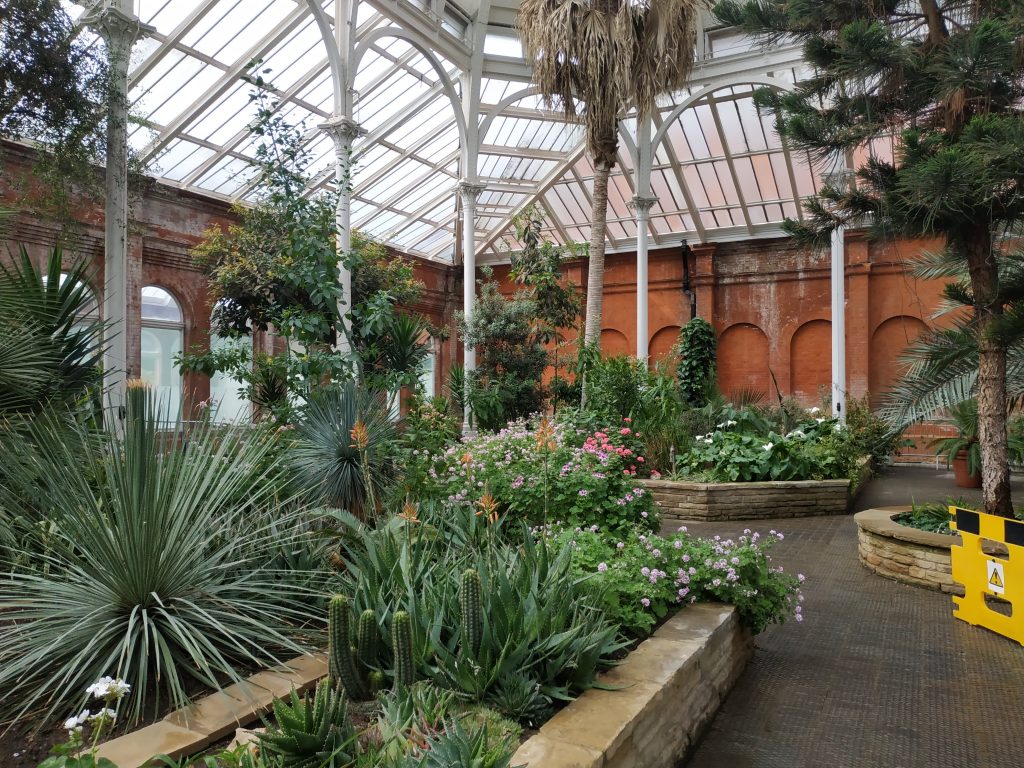 The site is currently owned by the University of Greenwich who announced a sale in 2014. Many have fought what they see as continuing neglect and people are now being asked what they would like to see. The University has agreed to give Greenwich Council £4.75 million. 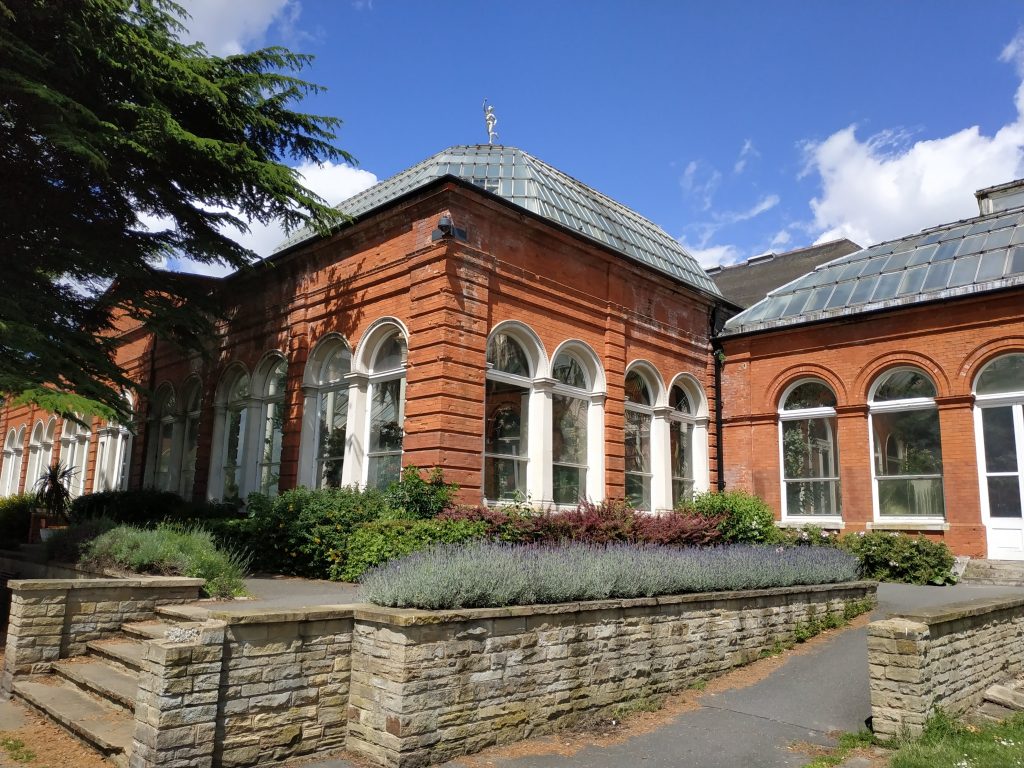 It’s as yet unknown if the council will put in substantial funds themselves as they plan other spending on these buildings to create a space for weddings, conferences and events.

With central government cuts, options are limited but still exist. They could take a loan out at historically low rates to invest – possibly from the Public Works Loan Board. This could then pay for itself relatively quickly. It would certainly be a popular wedding venue. 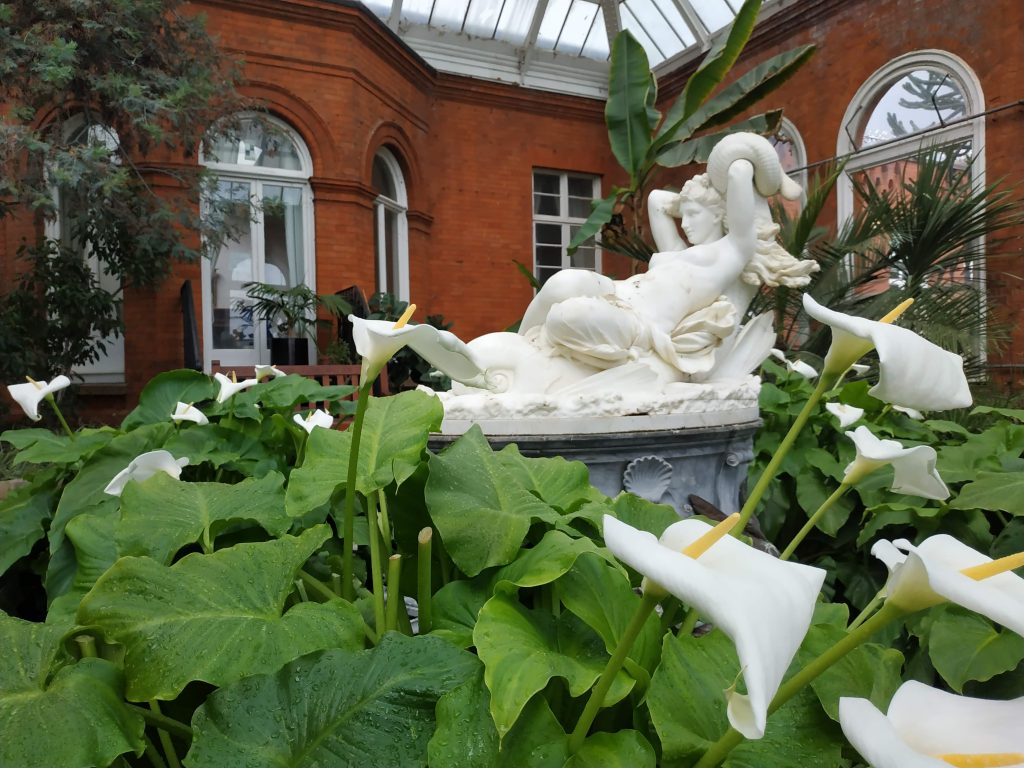 Some authorities have done this for grandiose and risky stakes in ventures such as shopping centres but here it would be on a far smaller scale. Another option is for new mini-bonds available to councils with rules relaxed this year.

A third option – regularly mentioned on this site – is utilising large amounts of incoming cash related to new developments in the borough for both the park and building. Just 0.3% of incoming Section 106 cash was allocated to parks last year. 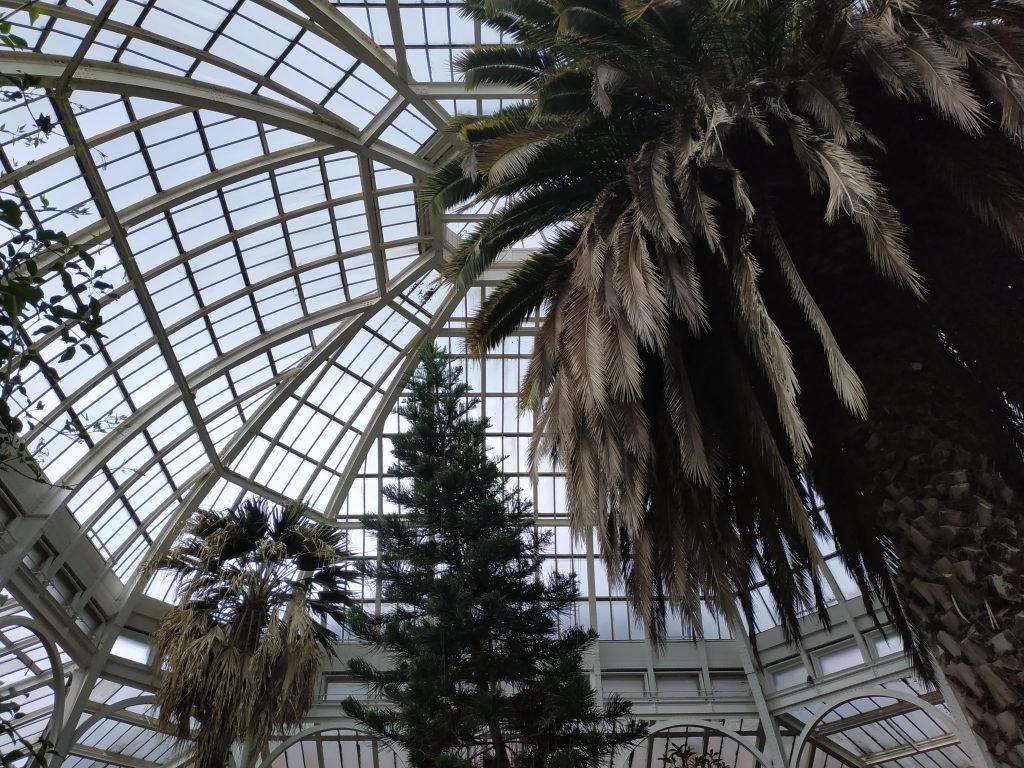 With these other options available lets hope they don’t use income from selling land which could otherwise be spent on health, education or housing. That appears to be the case for Woolwich’s new Creative District where public assets have been sold to fund the scheme rather than seeking external funding, and then using those  assets (or their income if sold) for essential services.

One mystery of the sprawling park was a dried up stream. I couldn’t find out exactly what stream this was and what river it led to: 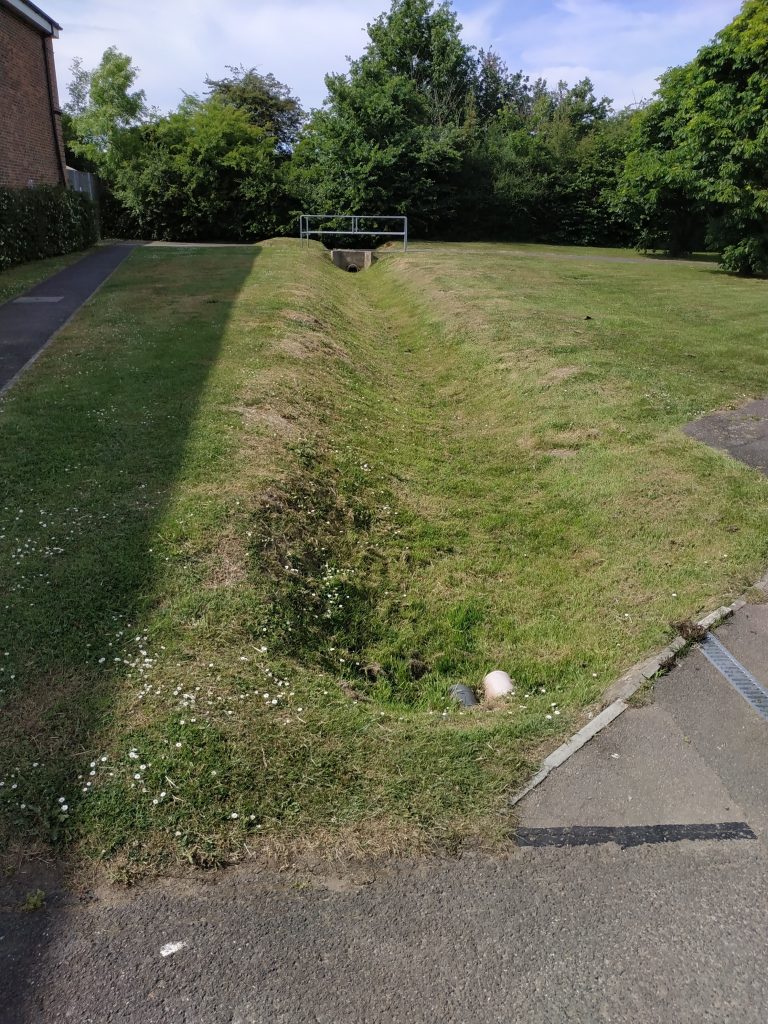 Remnants were seen in various places. Even after heavy rain in preceding days there wasn’t a trickle: 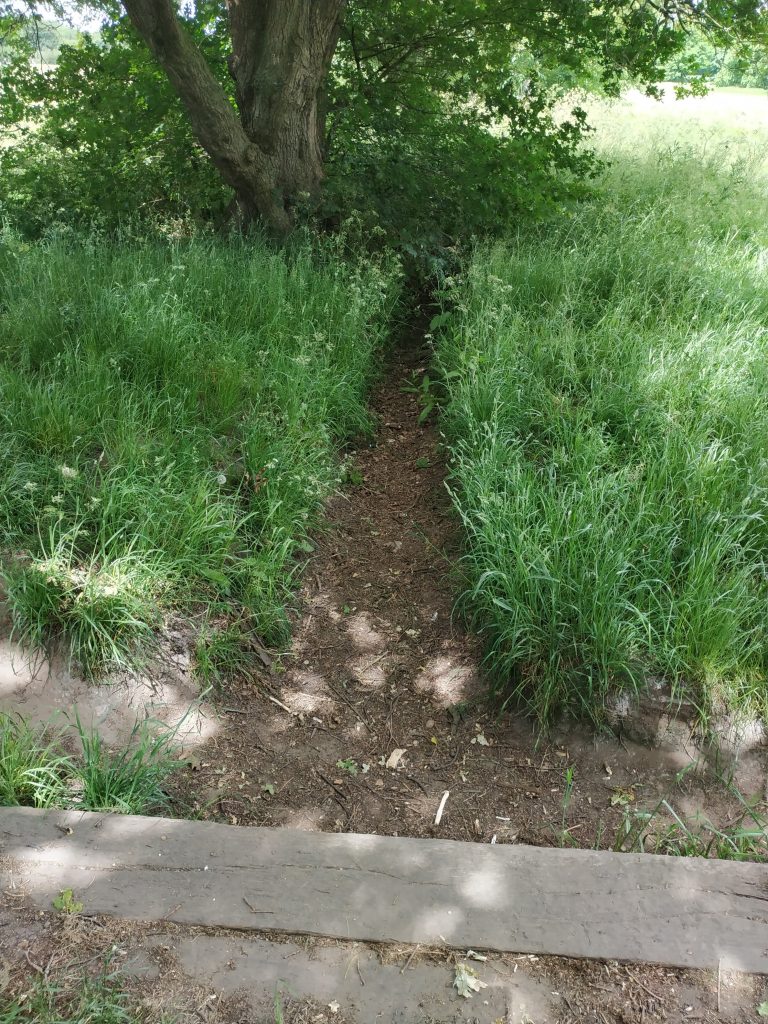 And once again, to have your say on the Winter Garden click here.