Posted by fromthemurkydepths on March 29, 2019 2 Comments

Almost four years since closure and the Arches leisure centre cuts a sad figure in Greenwich. Doors and windows are boarded up and little sign of changes are visible.

Yet it’s a different story inside. As seen on urban explorer site Derelict Places, much of the interior is being gutted by new building owners who bought the site off Greenwich Council.

Externally some of the wonderful details hang on, such as the railings: 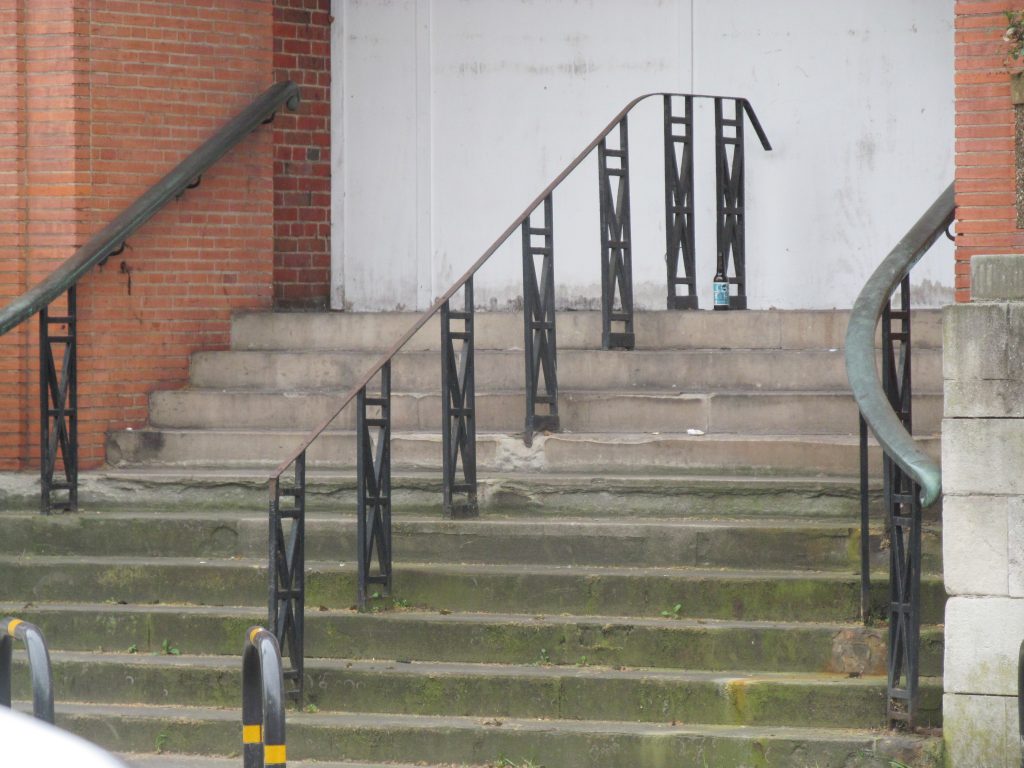 The impressive interior may be stripped out but at least it was documented on Google streetview, with much of the interior from 2013 able to be seen here. 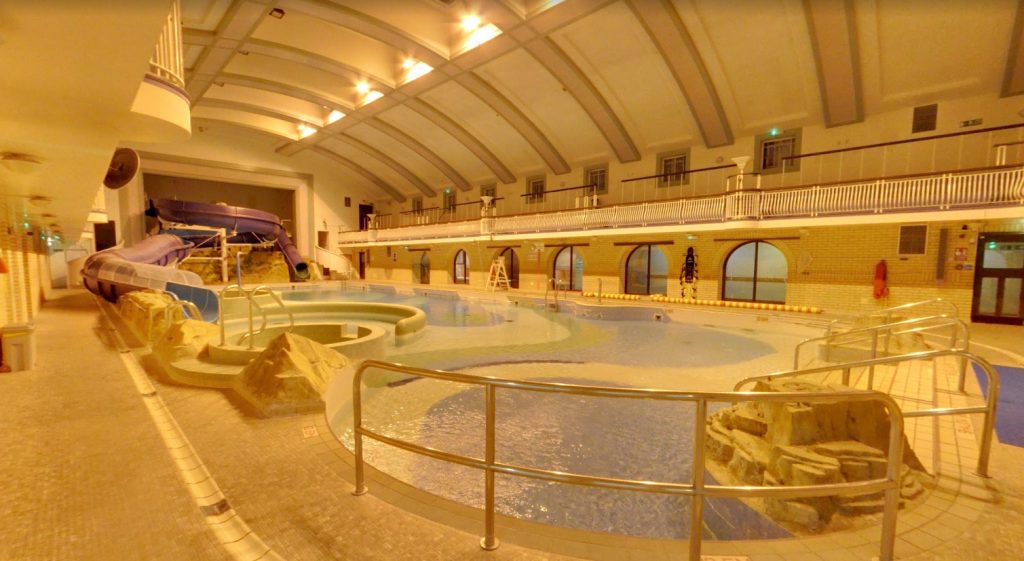 There’s something about the building both internally and externally that I always found/find relaxing. The arched theme both in the roof and various arched doorways offered something soothing. The unimposing exterior with appealing 1920s detailing does likewise.

A question this week at Greenwich’s Full Council meeting from Conservative Geoff Brighty (Blackheath Westcombe) asked what the latest is. The response from Sizwe James (Labour – Thamesmead Moorings) stated:

“The Arches building features on the Royal Borough’s Local Heritage List.
Locally listed buildings are an important part of Royal Greenwich’s built
heritage and every effort will be made to ensure their long term retention. 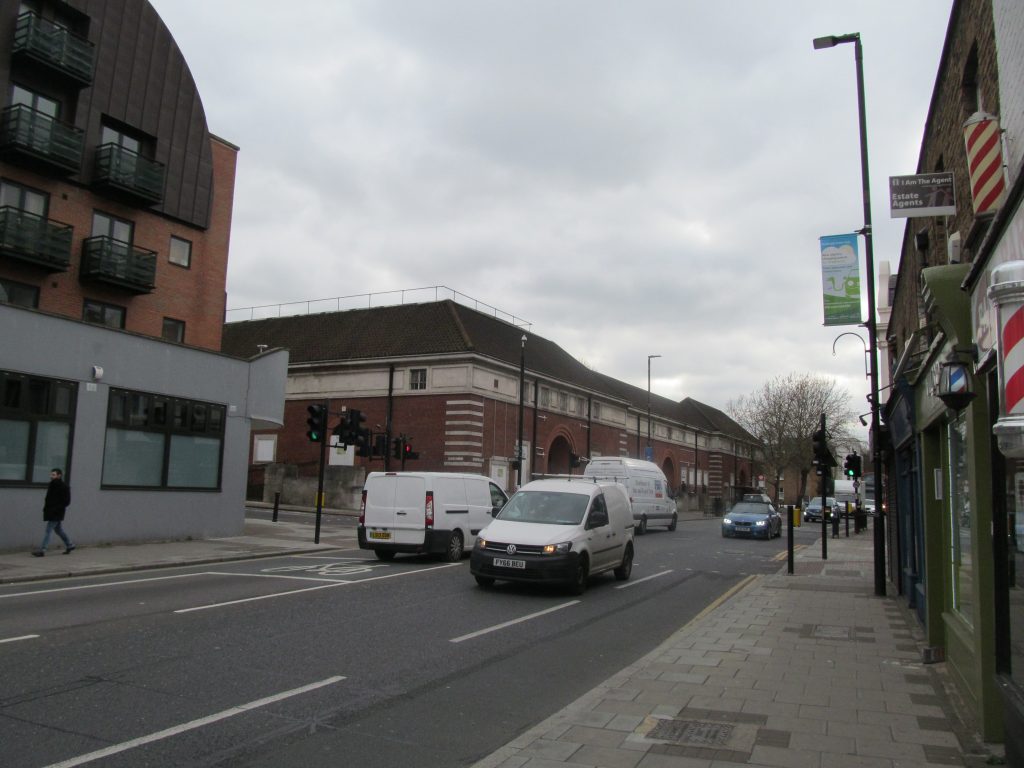 “The Council’s Local Plan policy requires that, when considering planning
proposals affecting a locally listed building, considerable weight will be given
to protecting and conserving the building’s particular external characteristics.
Since the building is not statutorily listed, however, the internal fabric is not
afforded any special protection.

“The Council has no powers to prevent any internal works being carried out in these circumstances. The Planning Service had received a pre-application request that was seeking to explore possible uses and development for the building.” 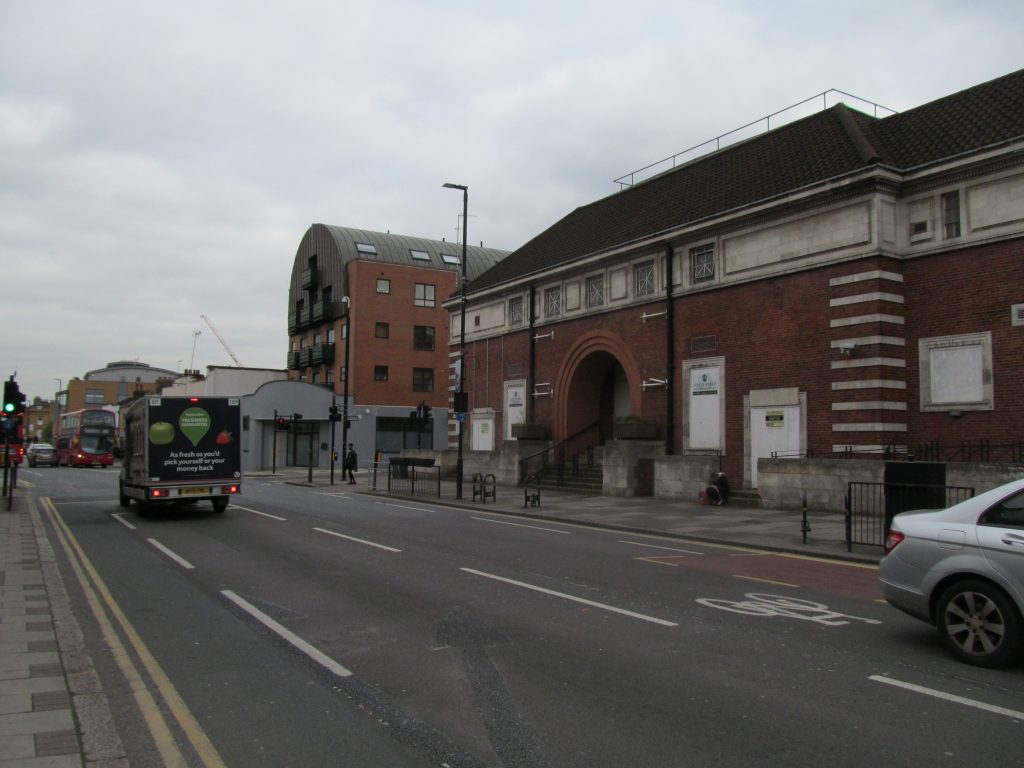 Greenwich’s leisure centre moved east to the Greenwich Centre alongside the library back in 2015. Whilst the library has seen a big jump in visitors compared to the old facility, the new leisure centre has struggled after a bright start and has recently seen sharp falls in membership.