Thamesmead police on patrol with colleagues in Abbey Wood have discovered a stolen moped and machete located inside.

The large blade shows what some moped riders are prepared to use when stealing from victims. 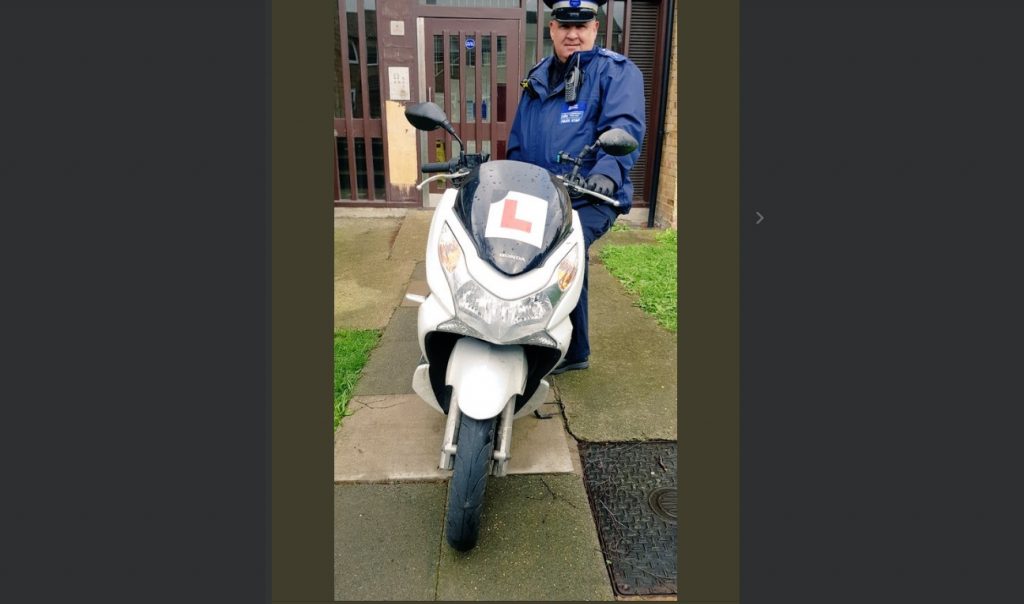 Despite some recent PR on police on being able to pursue mopeds there are still strict restrictions and mopeds are still a favoured tool for criminals – with serious crimes and murders relating to moped use rising hugely compared to 10 years ago though there has been a reduction in parts of London over the past year.

Police require specialised pursuit-trained officers (in cars or on bikes) or a helicopter and there isn’t enough to cover a city of near nine million.