Posted by fromthemurkydepths on February 25, 2019 3 Comments

Some good news for south east London’s beleaguered bus network with news that route 54 from Woolwich to Elmers End will see hybrid buses under a new contract – and no apparent cuts.

Get your scrapbooks out bus spotters – the new vehicles are listed as Enviro 400H which according to manufacturers gives out 37% fewer “greenhouse gas emissions”.

The 54 route passes through Charlton after departing Woolwich before heading to Blackheath, Lewisham, Catford, Bellingham and Elmers End. 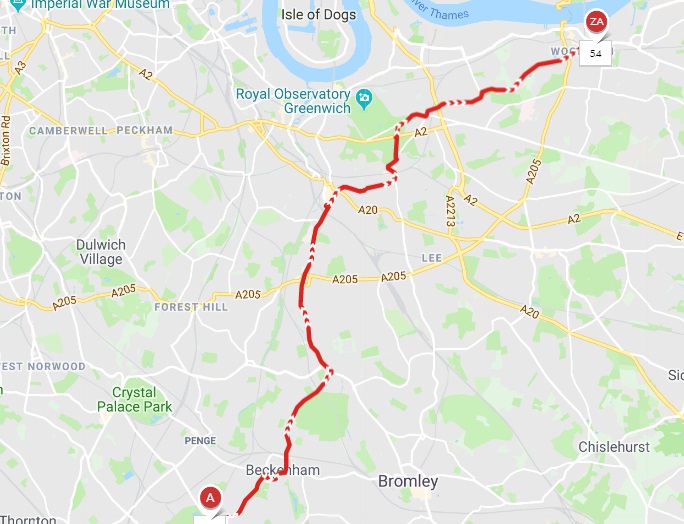 TfL are due to release a list of imminent bus changes later today and a cut or two is usually included. It’s where the officially announced the 486 cut which took effect on Saturday.

Cuts to services across London are documented here. But for now let’s embrace a bit of good news.