Posted by fromthemurkydepths on February 19, 2019 4 Comments 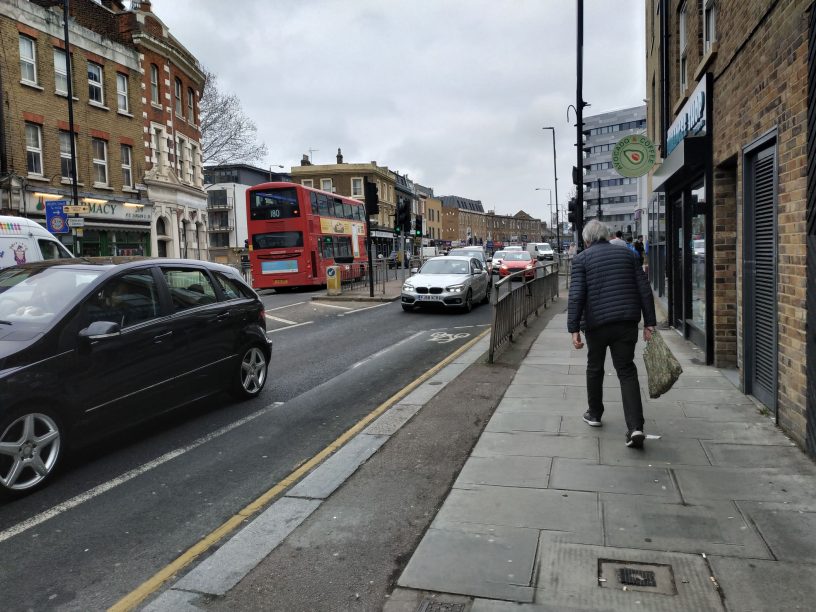 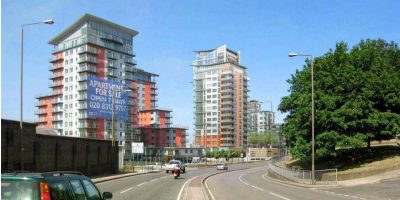 TfL went before Greenwich councillors last week and Charlton Champion has done a great job looking at what was covered including a new bus route from Kidbrooke to North Greenwich. 853 also looked at Thamesmead’s potential DLR extension.

That’s worth a look into in a further post, but I thought I’d delve into some other points that came up. 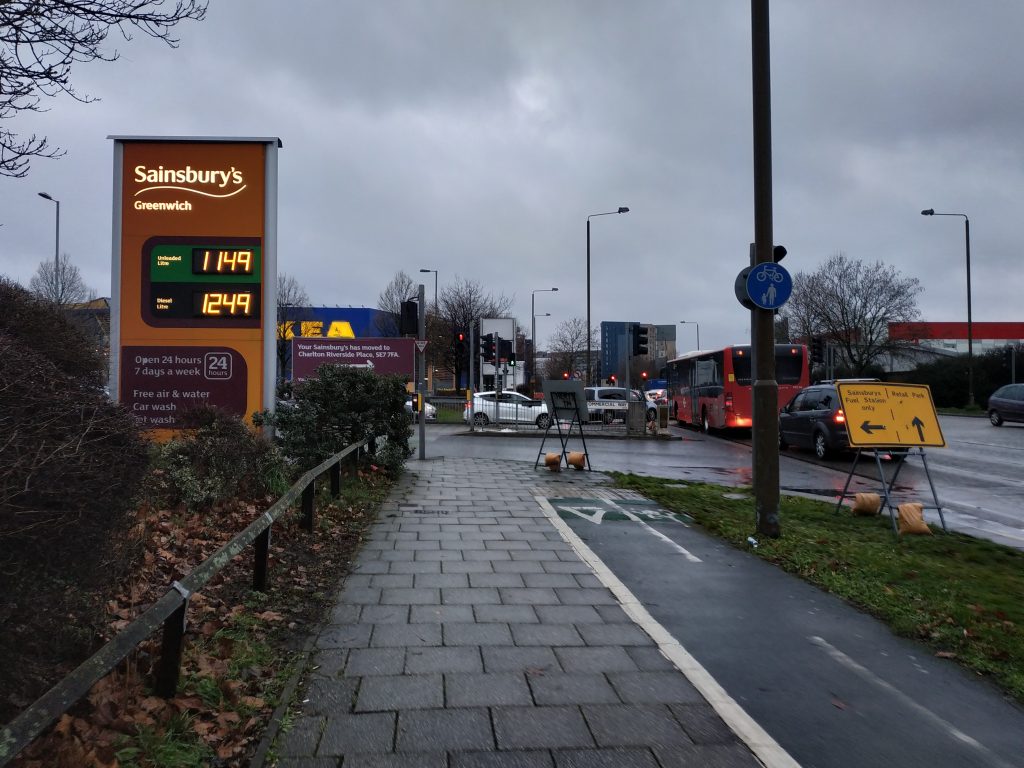 Chipping away at bus frequencies is well underway in London due to TfL’s stretched finances.

It comes  from the meetingup on notes. On the issue of bus reductions on route 486  from Bexleyheath to North Greenwich TfL stated when asked about cuts next week:

– TfL is introducing the following frequency changes on Saturday 23 February 2019:
– Introduction of two journeys during Monday to Friday morning peak hours from Bexleyheath to North Greenwich, increasing the frequency from 7.5 to 8 buses per hour during the busiest hour in the morning peak.

I’ve had a look at the current and future bus timetable and can’t see this. Am I missing something? Here’s the current timetable: 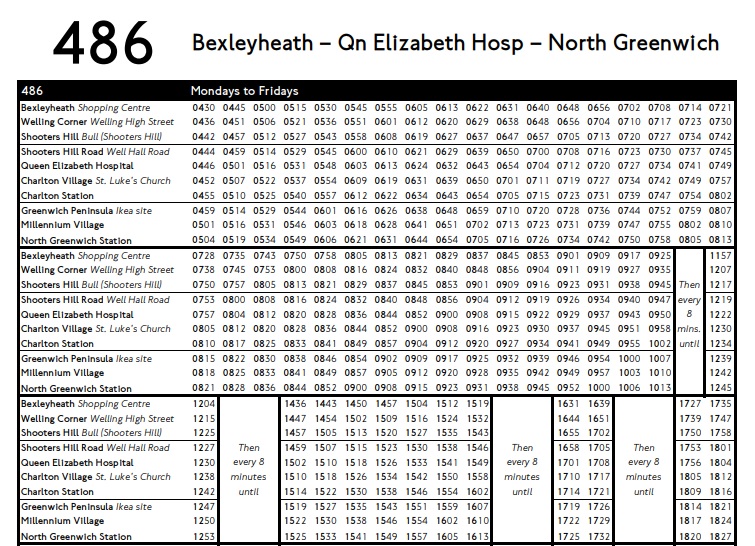 Current timetable: Nine buses an hour from 7 to 8am departing Bexleyheath. Seven buses from 8 to 9am.

Future timetable. Eight buses an hour from 7 to 8am. Six from 8 to 9am. New timetable below: 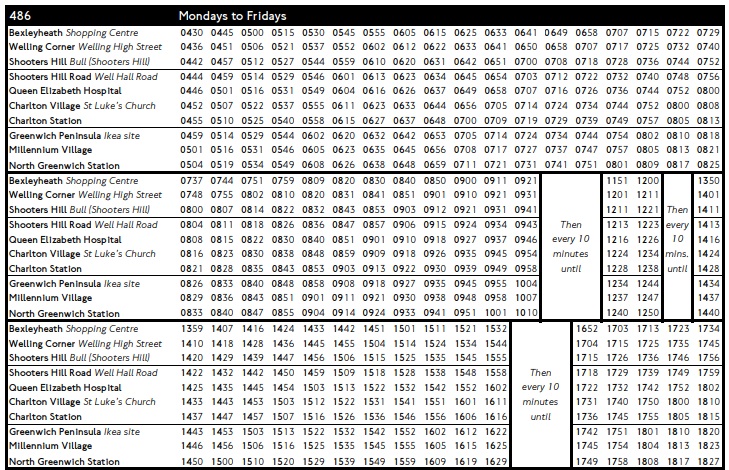 Buses departing Bexleyheath revert to every ten minutes by 8am in the new timetable. That doesn’t happen all day in the current timetable.

The Charlton to North Greenwich end may be busier but at no stage does the bus frequency on that section ever beat what currently operates – certainly over an extended period. It’s worse for much of the peak. Charlton is getting 10 minute gaps until just before 8am. Currently 10 minute intervals end just after 6am.

Over the next two to three years St Mary Magdalene school on Greenwich Peninsula will grow from 450 to 1,600+ pupils. Longer gaps after school finishing time will be felt.

The effect on patients at Queen Elizabeth Hospital – particularly in the evening peak – will also be considerable.

Another issue that cropped up is re-zoning Woolwich Arsenal which is pretty much ruled out. Despite this TfL still expect many not to travel to North Greenwich once Crossrail opens, yet a Travelcard is over £600 a year less from North Greenwich at £1404 verses £2020 from Woolwich.

In their own words when asked are they cutting the 472:

“Yes. When the Elizabeth line opens, we will reduce the 472 from around every every 6 minutes to every 8 minutes. This is because we believe that people will transfer to the Elizabeth line, rather than crossing Woolwich and using the underground at North Greenwich”.

I’m surprised they didn’t mention the 180 being diverted from Lewisham to North Greenwich.

News on cut backs to the 53 route are to be revealed soon. Click here to read all the questions and answers.