Posted by fromthemurkydepths on October 16, 2018 6 Comments 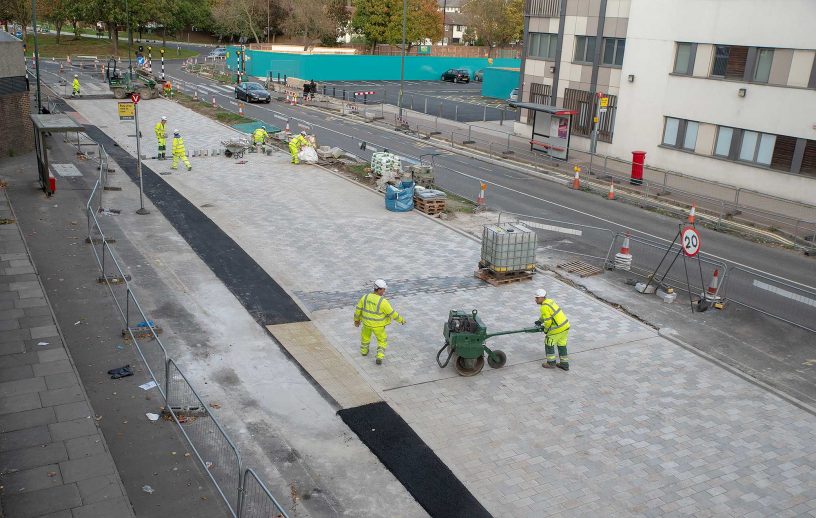 Upgrades to the main road linking Thamesmead to Abbey Wood station are continuing with road surfaces and paving now being laid.

The scheme is running late, but when complete will bring a dedicated bus lane on Harrow Manorway in each direction alongside segregated cycle lanes. 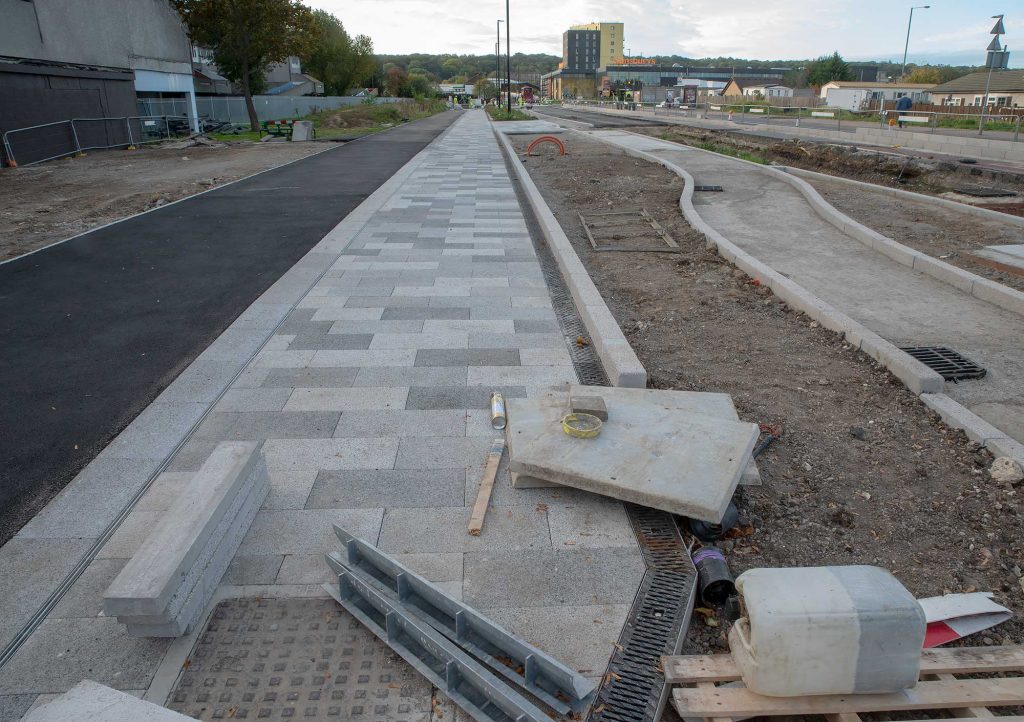 However, could recent mistakes in street design be made all over again?


Setts are being laid as the road surface, as seen in Woolwich around five years ago and now being replaced. It couldn’t cope with heavy traffic and buses. 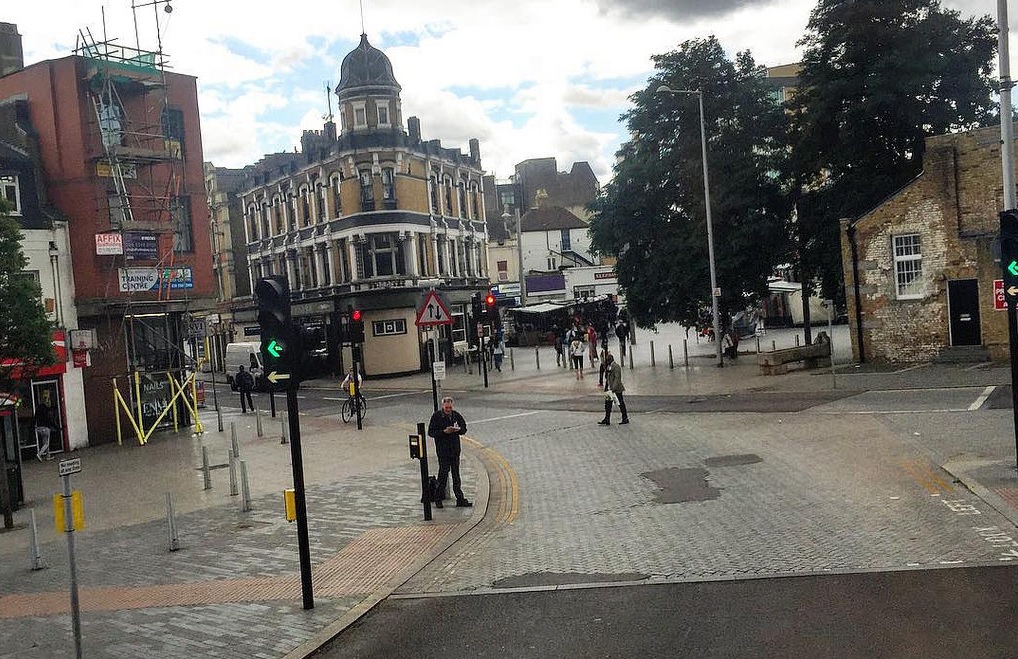 This picture below was taken in 2015. Tarmac was already being overlaid. 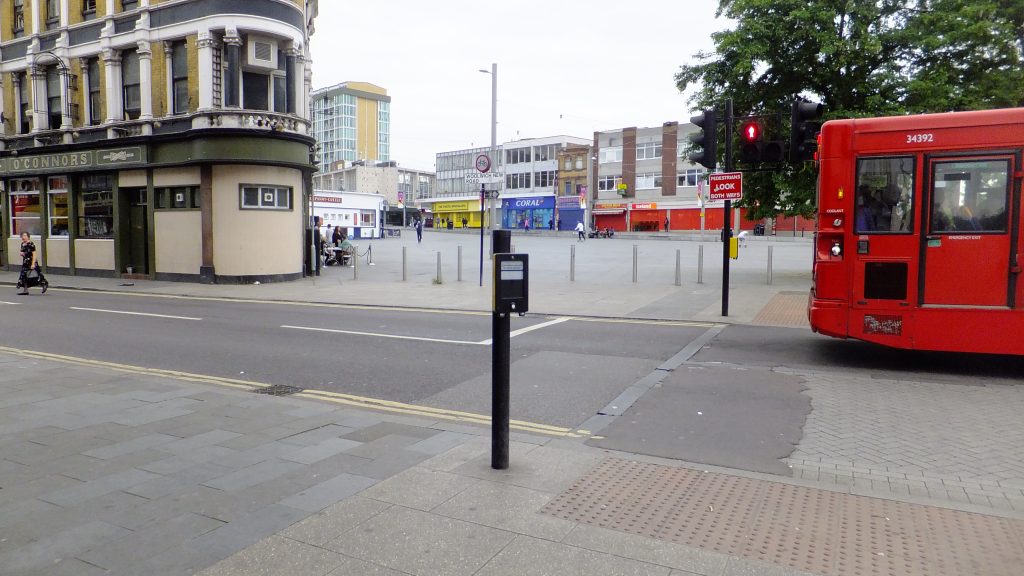 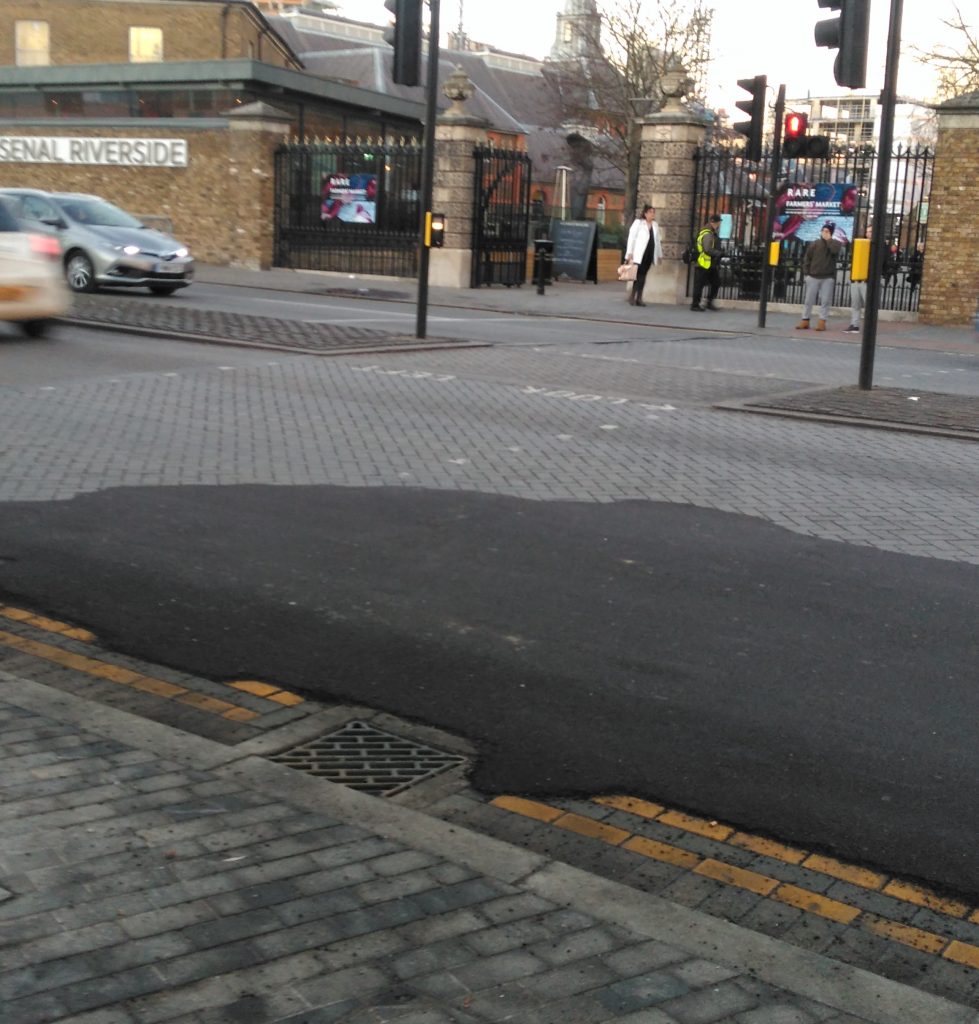 They’ve now given up and relaid the surface on Beresford Street: 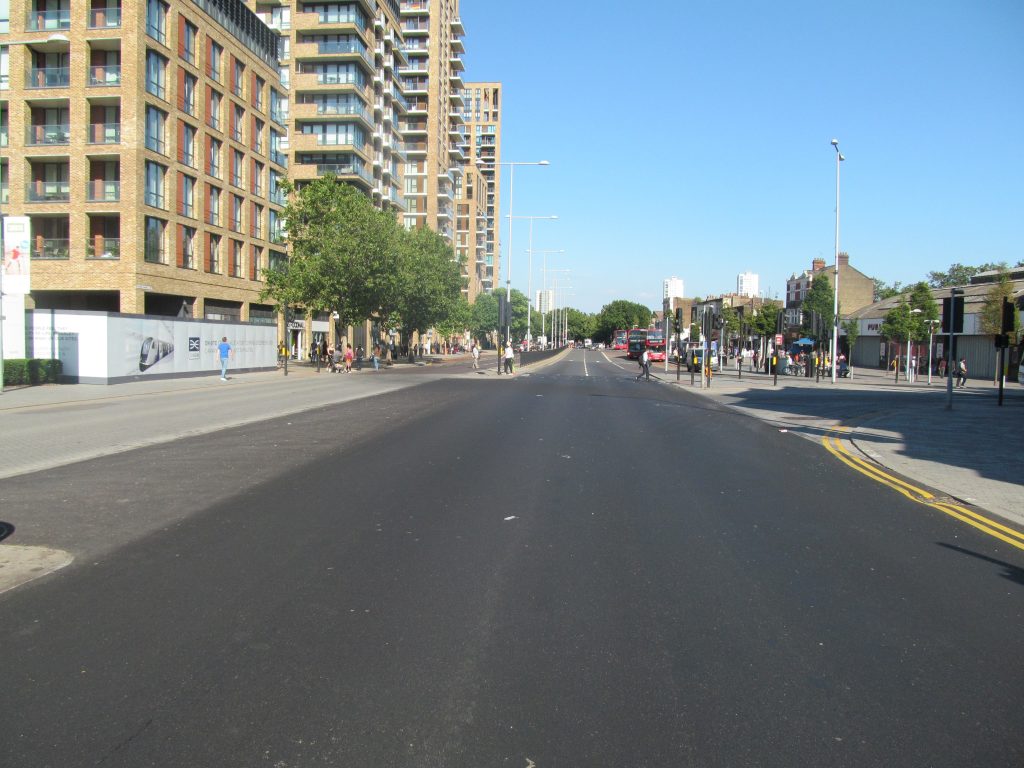 Despite the work at Harrow Manorway straddling the Greenwich and Bexley borough boundaries, Bexley are in charge of the project. 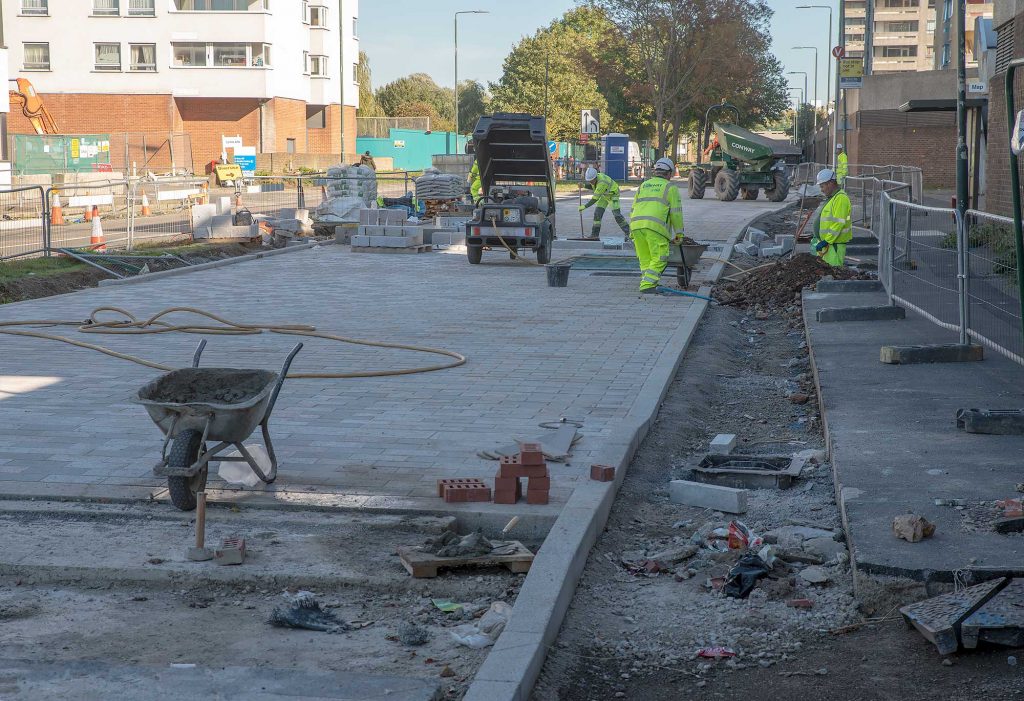 The new road will certainly look better than tarmac, but for how long? As soon as utilities turn up it could all change, if authorities aren’t pressing them to replace like-for-like.

And even if they do that, the weight of buses and heavy traffic could soon render money spent wasted.

Next up we’ll see if they install landscaping in the central reservation. That also happened at Woolwich, and more money wasted as it become rubbish strewn and abandoned after a couple of years.