Posted by fromthemurkydepths on June 12, 2018 8 Comments 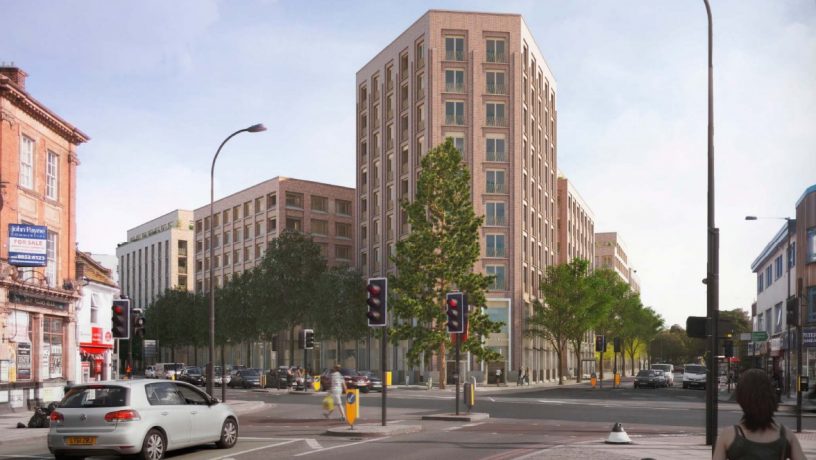 Altered plans have been submitted for a large-scale redevelopment of Lee Green comprising 393 homes, a new food store, pub, other retail units and gym.

Initially approved in 2015, the scheme was for the demolition of post-war Lee Gate Shopping Centre. Plans included a large Asda supermarket who subsequently pulled out of the deal. Their proposed merger with Sainsbury’s could have been a factor. 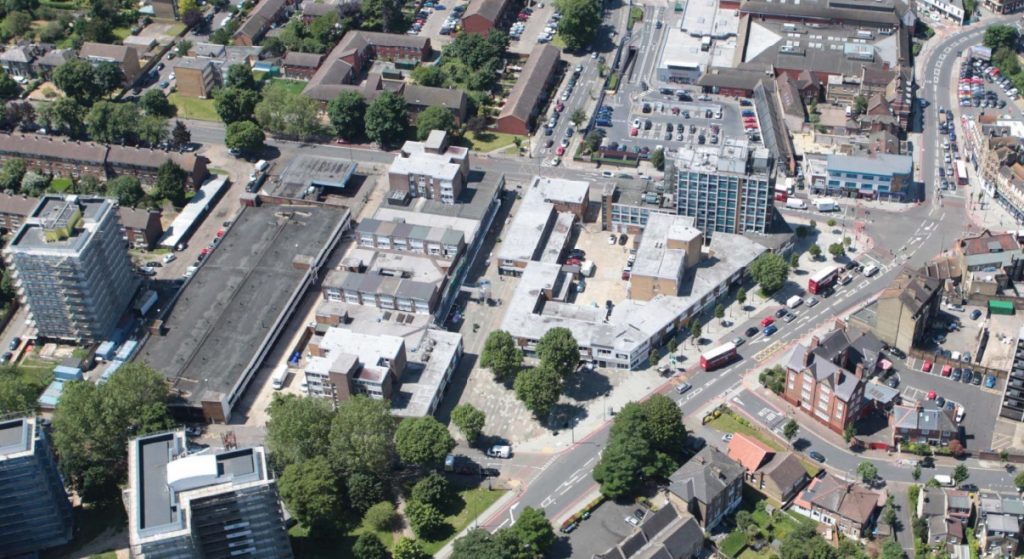 The previous plan had the supermarket with greenery on top of the store box and homes surrounding the site. 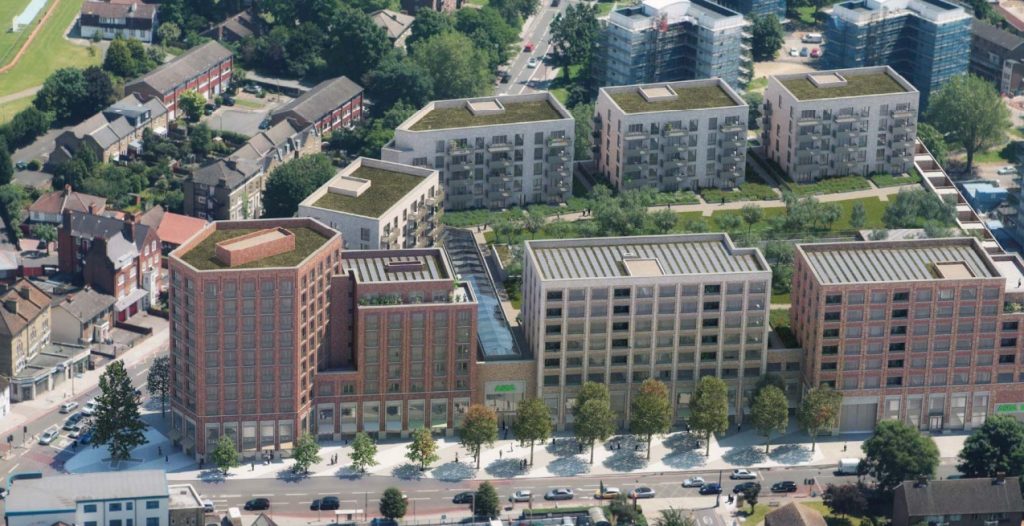 Now the scheme is back with a significantly smaller food store. Parking spaces are reduced from 245 to 171.

Removal of the supermarket box results in a larger plublic square yet smaller area of greenery. Window size appears reduced, as has paving space along the street compared to earlier approved plans. 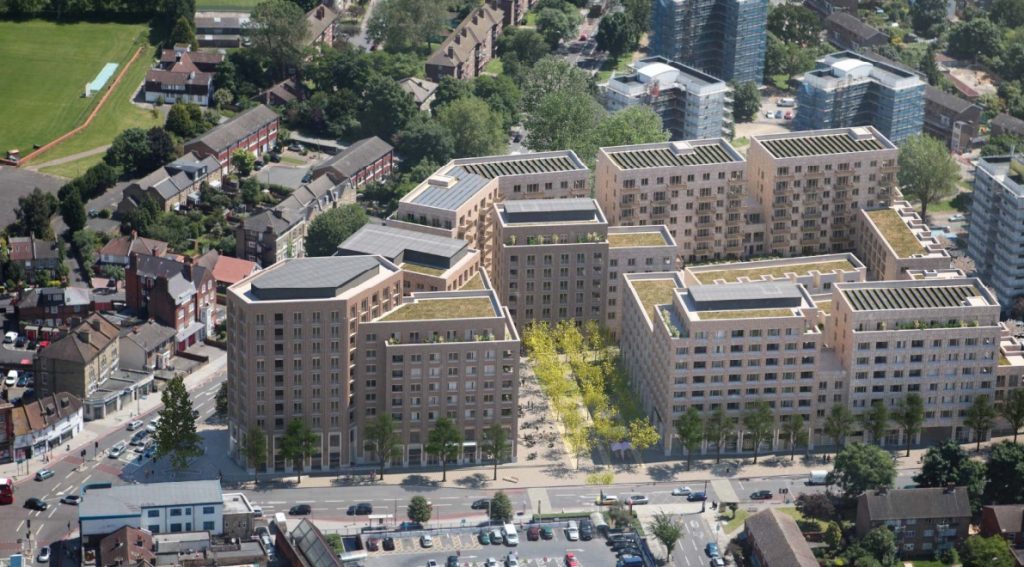 St Modwen are the developers. They are also behind Spray Street plans in Woolwich.

Brick is the dominant material. Here’s your average Lee Green scene of a Jaguar E Type passing through. 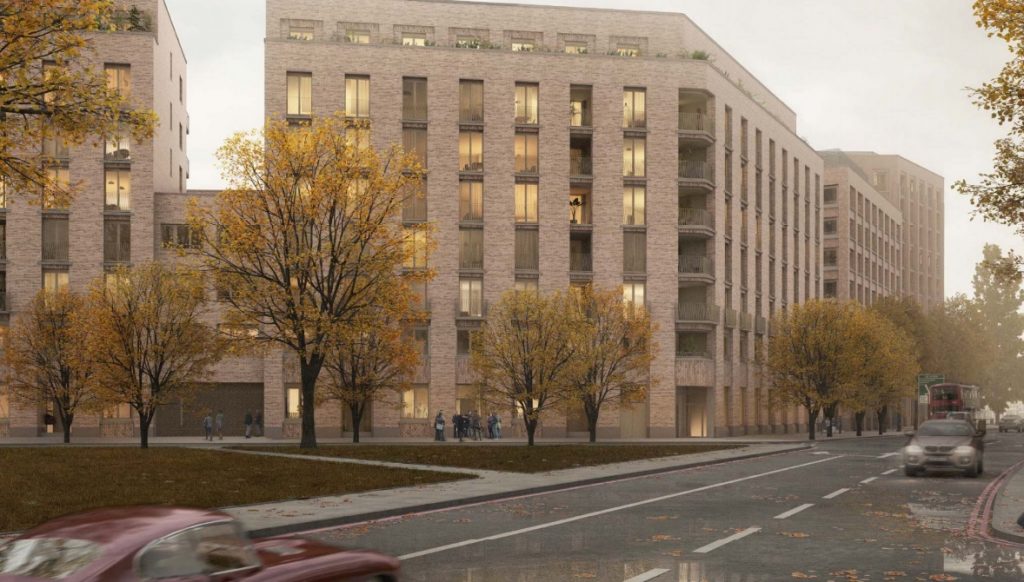 Ferrari out of shot