You may have seen the image of a graffitied Elizabeth Line train parked at Abbey Wood this week. The photo is from Bexley is Bonkers.

According to those living locally the train being tagged was no great surprise.

Aside from flooding issues in some neighbouring homes, Network Rail have barely maintained new bridges and fencing installed the local area and graffiti has been appearing (and not being removed) in a few places, including on some of the grimmest bridges I’ve seen anywhere. Flytipping is common too and cleaning poor. 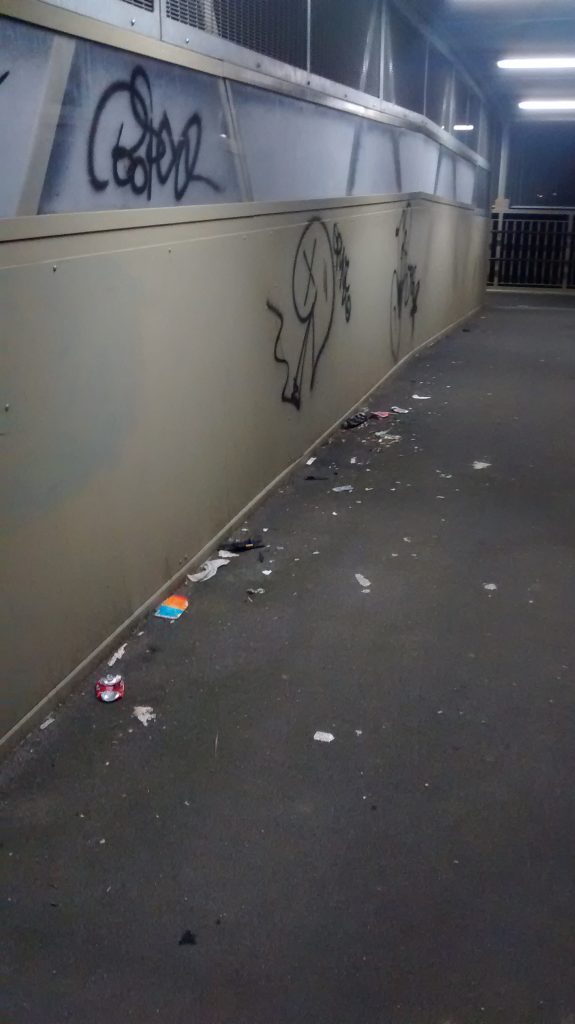 I’ve noticed the bridge issue when in the area. The pedestrian footbridge over Church Manorway started to be tagged on its concrete base at least a couple of years ago. This photo was taken in October 2017. It wasn’t cleaned for months after. When I recently passed the entire base was covered. 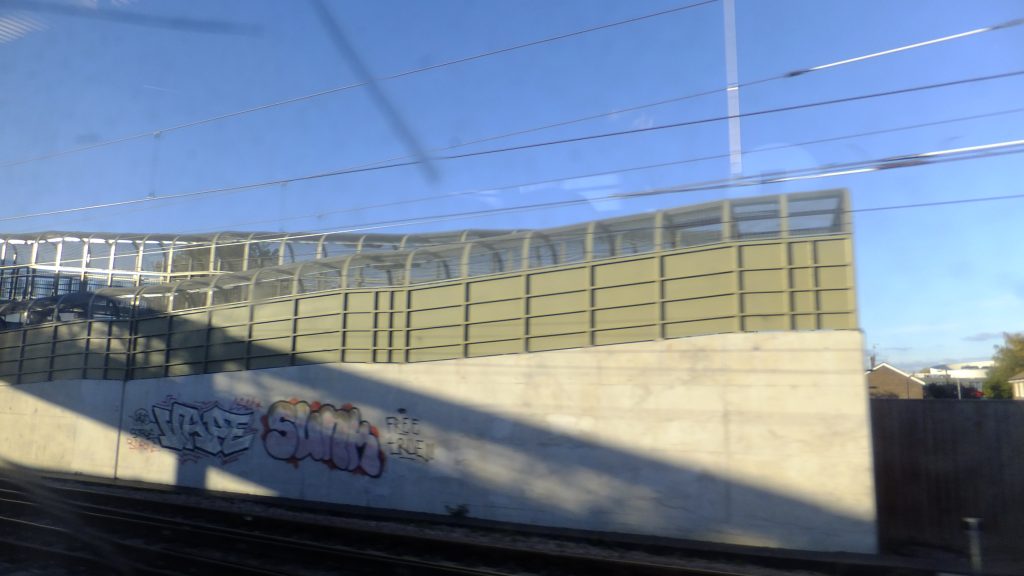 The bridges themselves are often dingy places consisting of syringes, fly tipping and all sorts of rubbish. For weeks or months on end. The kind of thing to put people off walking or cycling. 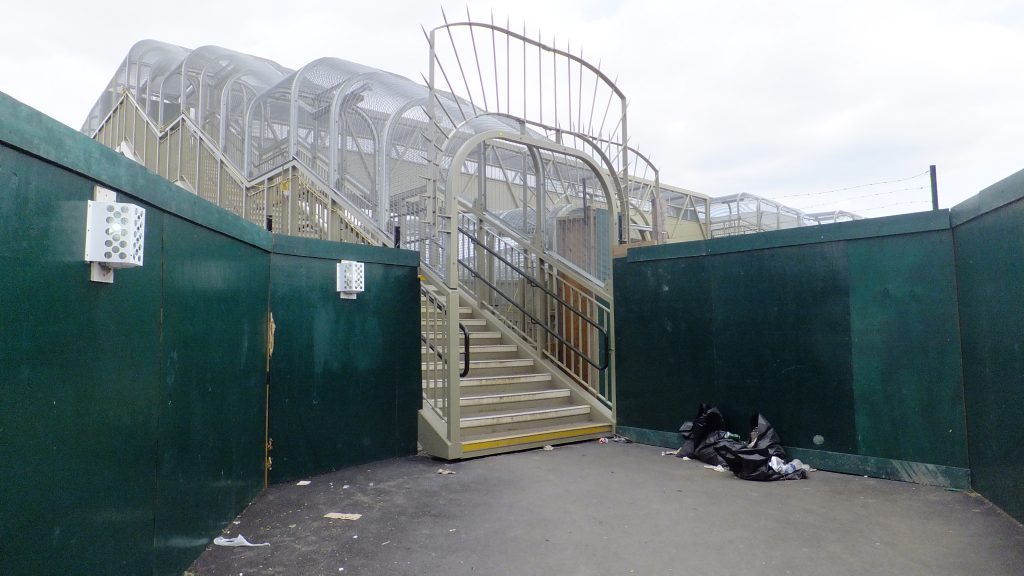 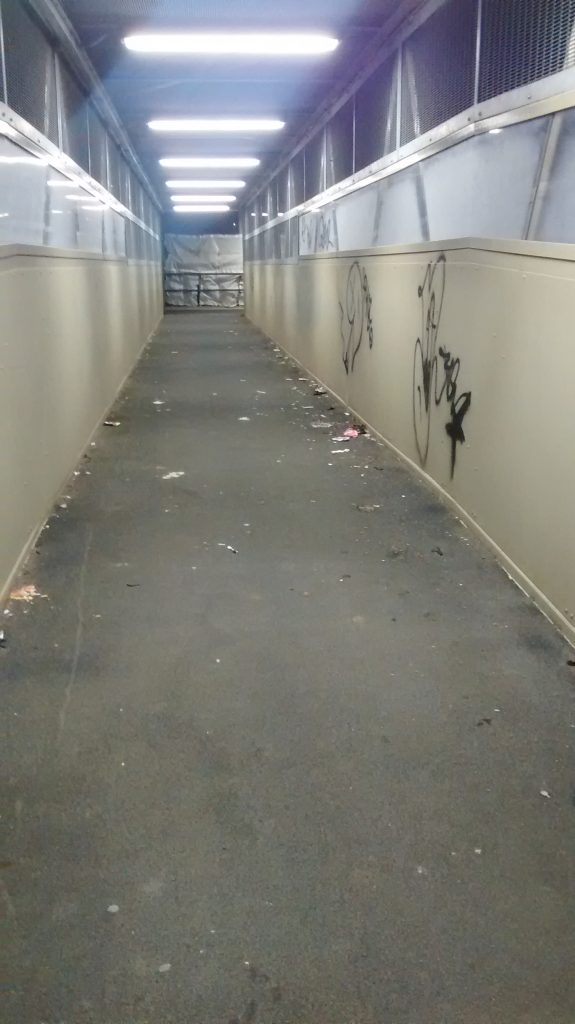 In their wisdom Network Rail also decided to replace miles of line side mesh fencing between Plumstead and Abbey Wood – which had foliage mostly covering it and was quite pleasant – with a wooden fence. For miles and facing onto many homes. 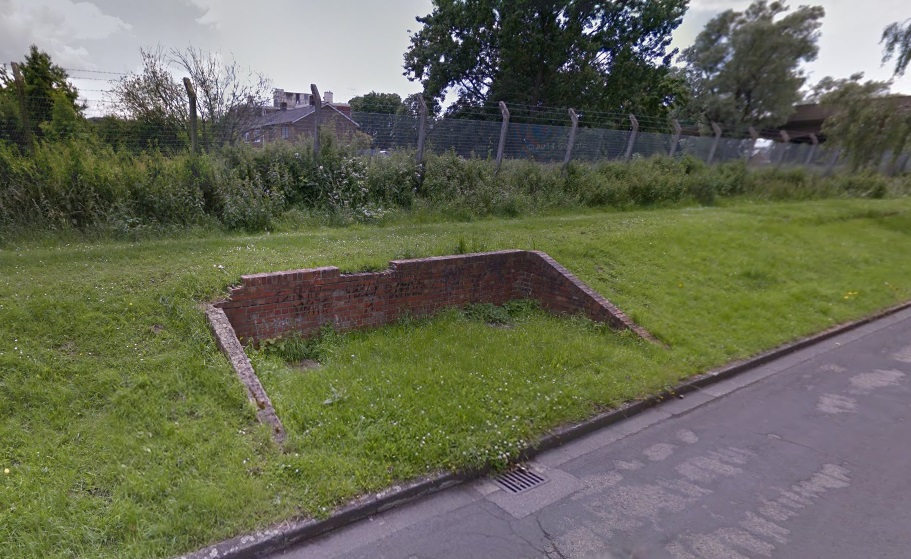 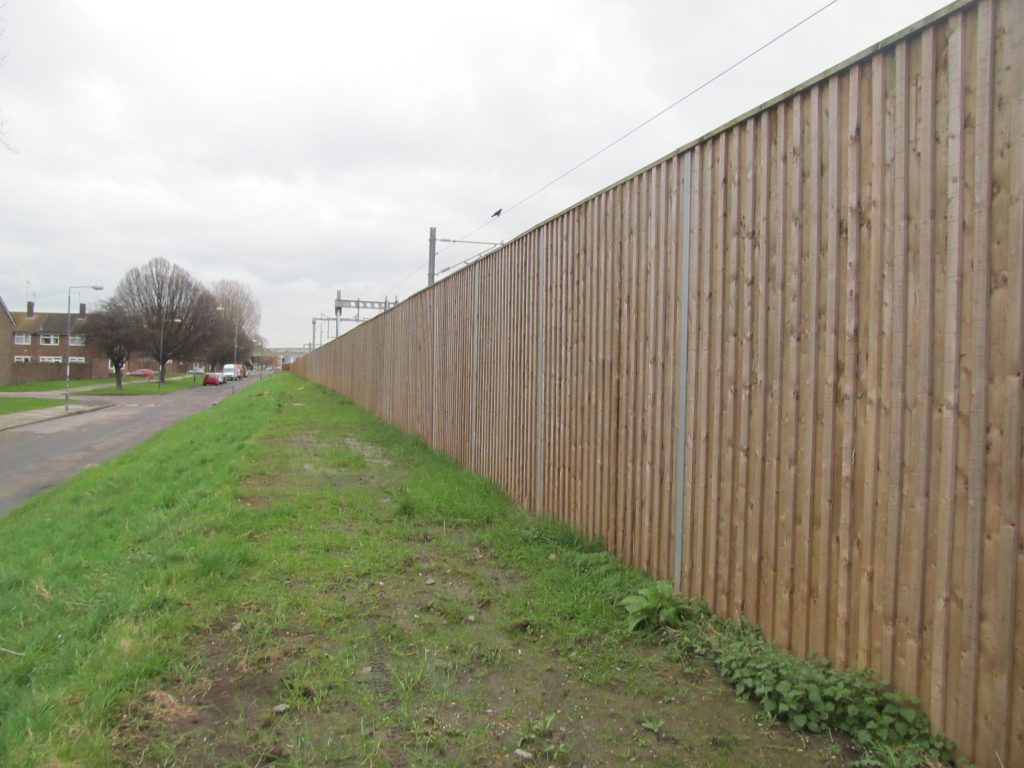 It just invites vandalism. the reason given is to prevent excessive sound but I’m told there was never any complaints about existing services (at up to 10 an hour) being too noisy through a wire fence.

According to locals a wire mesh fence was then due to be placed in front of the wooden fence. A small section was insatlled. But then it stopped despite earlier plans having it continue along the entirely of the fence.

The exposed wooden fence was promptly graffitied to immediately prove how silly it is not to have protection through mesh fencing. 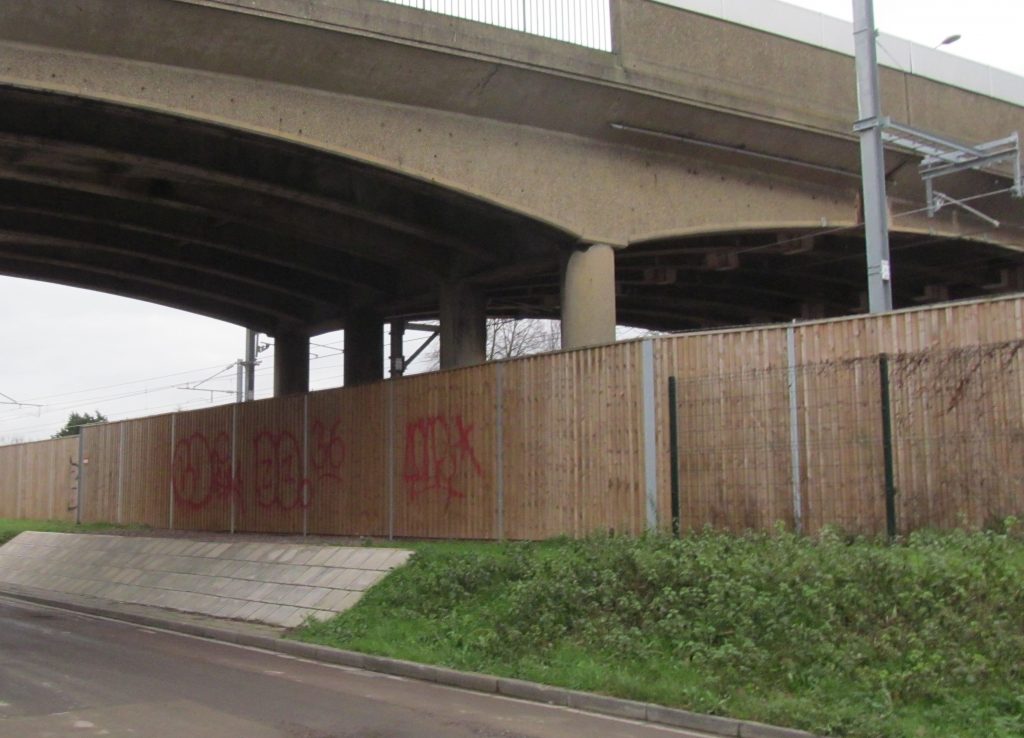 On the other side of the tracks there is also mesh fencing in front of wood to protect, but only a small section: 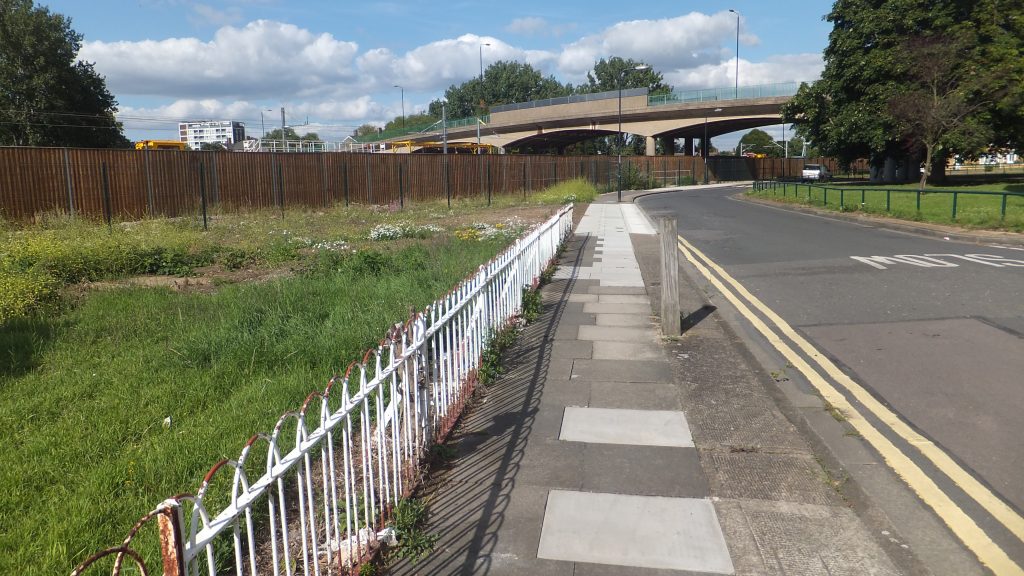 The bollard wandered lonely as a cloud

By the way, the scruffy land on the left is council owned and exactly where Meridian Home Start should be providing much needed homes. It’d be no great loss of greenery. The other side of the road has better maintained greenery. But I digress.

Back to the wooden fences and they can’t even be easily cleaned as jet washing discolours the timber resulting in odd patches. In five years it could look a mess. – and be visible to hundreds of adjoining homes.

Graffiti wouldn’t be so bad if any actual talent was on show but it’s the usual generic tags.

Some will no doubt say, well, it’s Abbey Wood. It’ll happen. Yet given no cleaning is happening in places since installation two or three years ago it’s hardly more prevalent than other areas. It’s just not being cleaned. Less wealthy areas should not be resigned to such poor design and then maintenance from Network Rail.

With recently installed infrastructure decaying quickly due to poor planning, the train sitting there was going to be targeted sooner or later.

Yet the train will be moved and cleaned. That’s not a long term problem. The bridges and fences are.