Posted by fromthemurkydepths on May 1, 2018 5 Comments

Plans are in to construct an exhibition space and music venue in Greenwich beside the Thames.

There will be space for 1400 seats and around 3000 standees. It’ll be a two-storey basic box with uniform black cladding surrounding the building.

Nissen Richards are the architects behind these plans at Meridian Quays. The site would be used for 8-10 years until developer Knight Dragon decide to build housing. There’s no housing shortage afterall.

Still, good to have more music choice instead of lying vacant for a decade like neighbouring Morden Wharf. 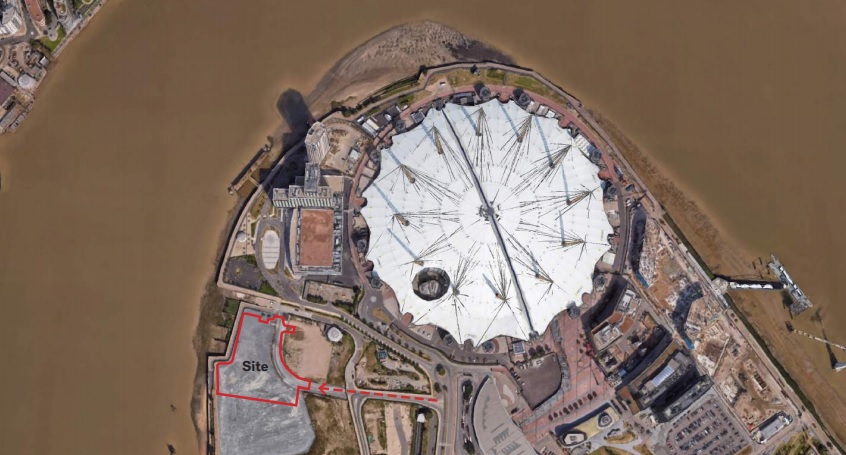 The calendar of events is proposed to look something like this:


The submission states “There is excellent access to the bus network at the North Greenwich Transport Interchange, also linking to the DLR and rail services in Greenwich”.

The Design and Access Statement doesn’t mention that stealth cuts to buses in the area were recently made with more expected in December. It has previously been mooted that the 472 service would reduce during peak times from 12 at present to 7.5 per hour. The 180 would be re-directed from Lewisham yet would still result in a net reduction

Plans to upgrade the Jubilee Line upgrade have also been scrapped.

However, a new riverboat pier was submitted to Greenwich planners last October.

Will many visitors drive to park in the extensive car parks nearby?


The new venue will provide jobs and help expand the somewhat lacking live music choice in south east London away from large arena-sized acts. It’s just a shame that new homes are delayed by a decade. It’d make an ideal mixed-use quarter.

The planning reference is 18/1285/F and you can search and comment here.

Other developments in the area include a new shopping centre within the o2 opening later in 2018, with four million annual visitors expected. A design district and market are also coming.

Please consider donating so I can continue doing what I’m doing and bringing you local news. You can help at my Patreon or Ko-Fi pages