Posted by fromthemurkydepths on April 29, 2018 6 Comments 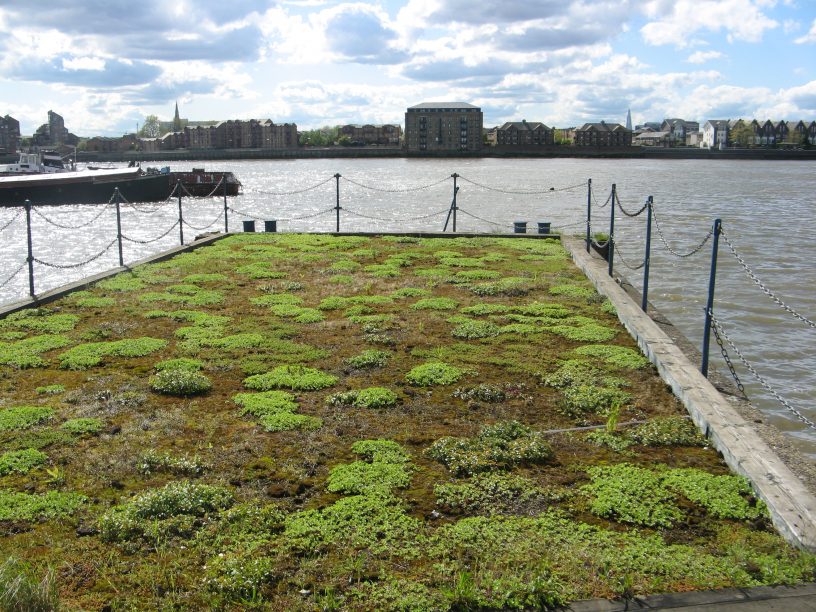 The long-running saga of what will happen to listed Enderby House in Greenwich could be reaching a climax as news of a Young’s pub from Barratt Homes’ representatives.

The pub could open in early summer with June being likely. 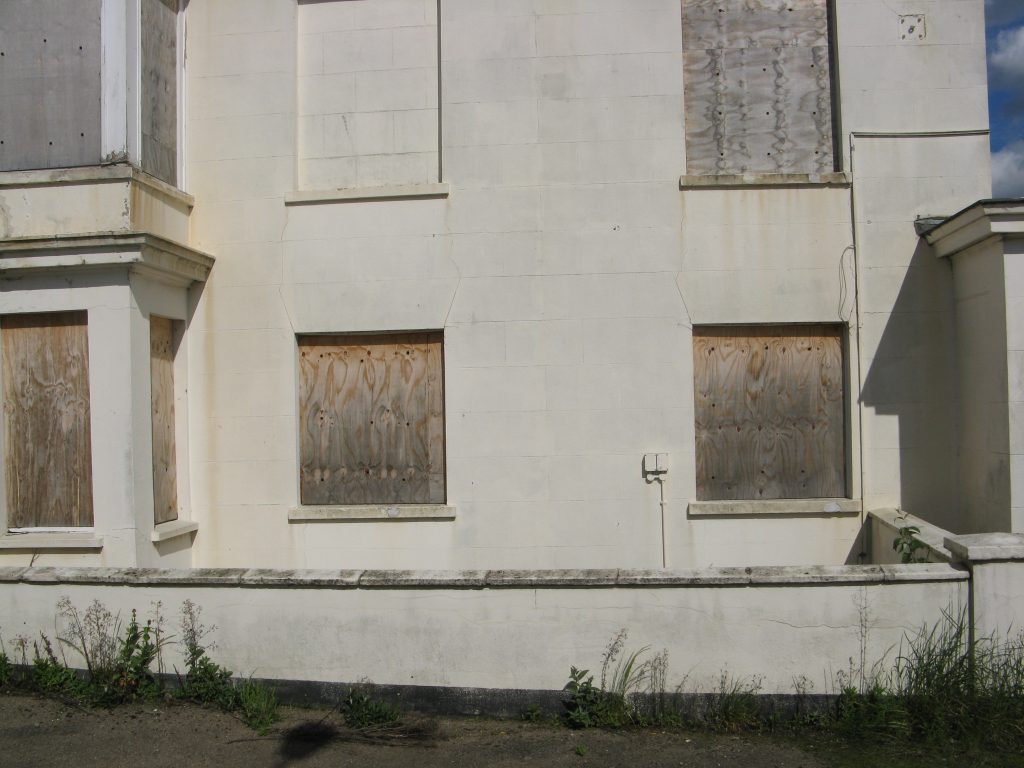 The planned pub is one of the final parts of Stage 1 of Enderby Wharf, and located directly next to where a controversial cruise terminal is due to be located in the following Phase Two. 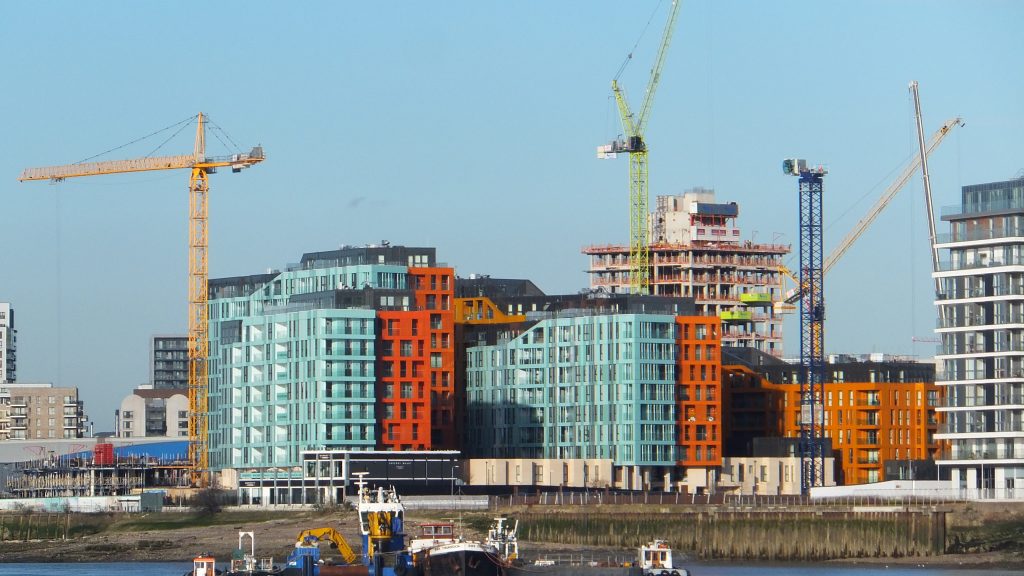 Enderby House has a campaign group and their website can be seen here here.

There is also a petition to save the nearby Greenwich Gasholder which is here.

They have been campaigning for an amenity space in the Grade II listed building which has huge historic value.

The Enderby group sent this statement:


Enderby Group has known for some time that Barratt, as developers of the site including Enderby House, were wanting to either let it or sell it to a pub/restaurant chain. Their plans for the house and its extension were fitted to that end. The plans were, however, for a ‘shell and core’ scheme: the house stabilised and weatherproofed, the extension externally complete, stairs and lift (in the extension) usable, service connections installed but the interior fitting-out to be for the new occupant to complete to their own needs.

In discussions with and submissions to Barratt we have made plain our desire for a part of the interior to be available for the Group to use in promoting knowledge of the industrial history of the locality, and for other community uses. Our views on the open areas around the house have been taken on board and we have assisted in the development of a modest art work to be incorporated in the terracing between the extension and the river path.

At the time of writing we have asked Barratt for confirmation of the present situation, reminding them that a discussion between us, Barratt and the new operator, of how our interests might be met had earlier been offered – but there has not been time enough to expect an answer. We might hazard some guesses as to what is happening and what timetable of events might be beginning (affected by such things as licensing, time taken to fit out the interior, and the condition of the extrior leading to the house) but we would rather continue pursuing information from Barratt, RBG and Youngs. A more complete picture may be visible in a few days.

Perhaps, though, it should be noted that any failure on the part of a new operator of Enderby House to accommodate historical and community interests will earn them few friends.

Young’s pub group operate the Dial Arch in Woolwich and Cutty Sark in Greenwich, alongside the Old Brewery on the Navel College site (which they purchased off Meantime) and the Richard 1st pub (formerly know as the Tolley).

Whilst looking for photos of Enderby House I’ve discovered a huge number of photos I’d taken 5-10 years ago of Greenwich and the Thames path which I hope to upload soon to my Flickr page.

Here’s the Thames path as it was around 2012 by Enderby House. 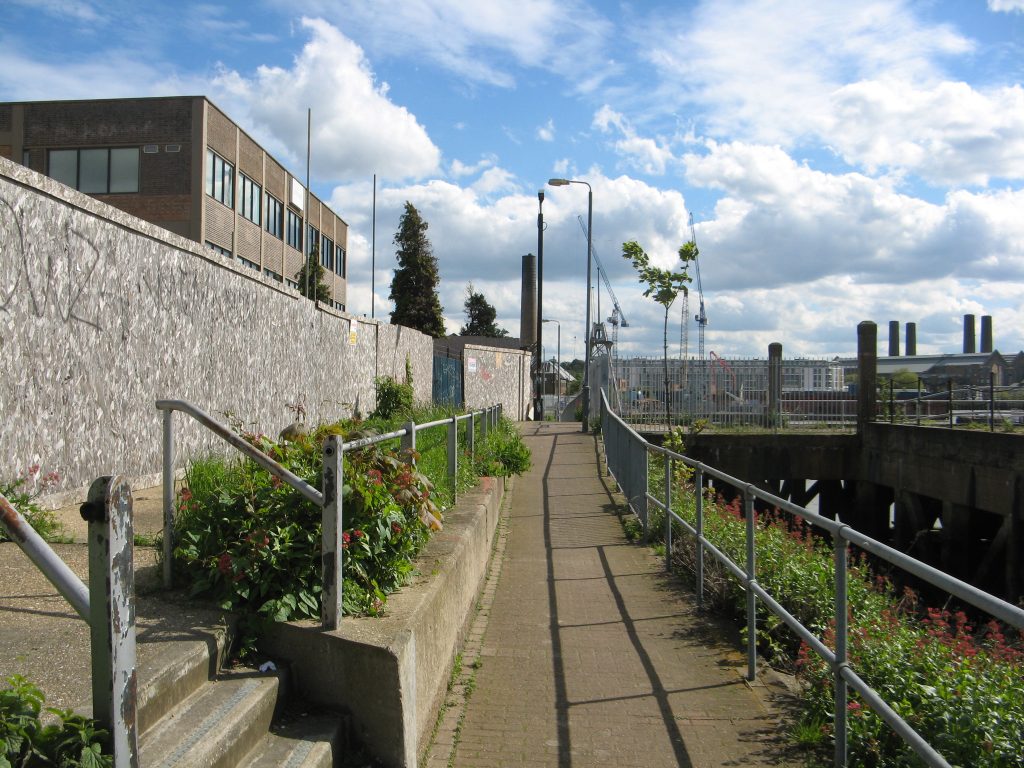 I’ll upload more in the near future.

You can support the site at via Patreon here: Patreon.com/TheMurkyDepths