Posted by fromthemurkydepths on March 23, 2018 25 Comments 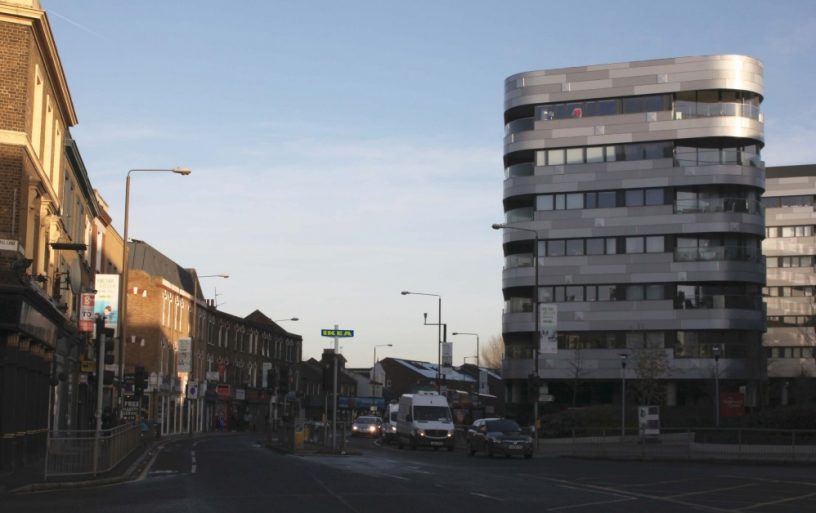 The pole would've been visible from across Greenwich 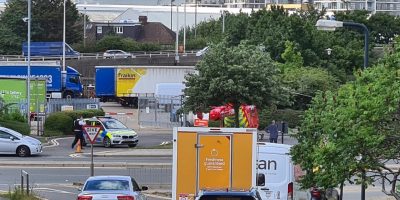 Ikea have submitted plans for a 47 metre (150 ft) tall pole at their forthcoming Greenwich store with an illuminated Ikea sign on top.

In recent years Sainsbury’s in Charlton had problems getting signage approved at the top of their retail shed which could point towards issues with this mast. 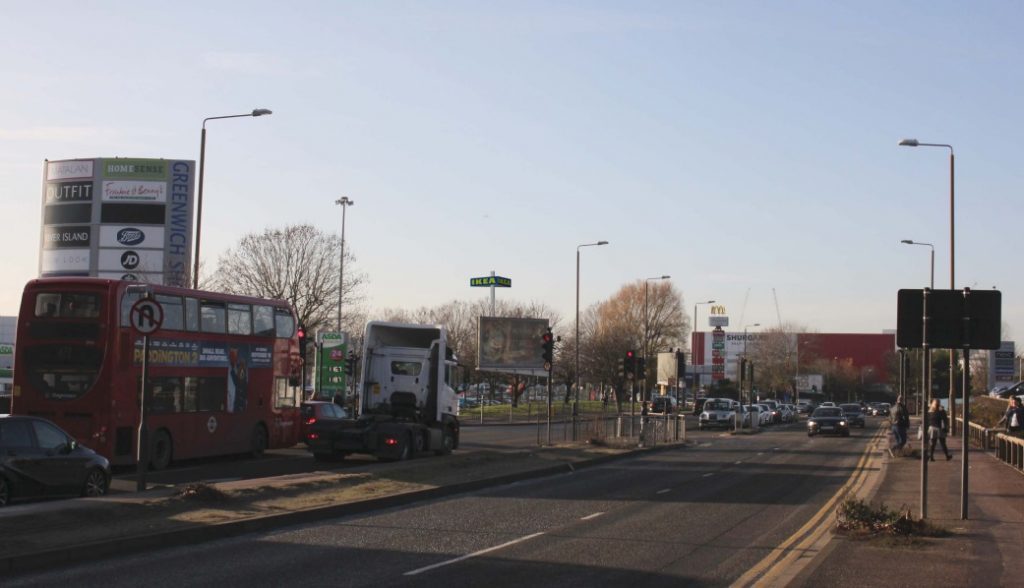 Pretty dire public realm for a site in inner London

It was recently revealed that Ikea’s planned opening date has been delayed and they will miss an opening in time for Christmas this year. 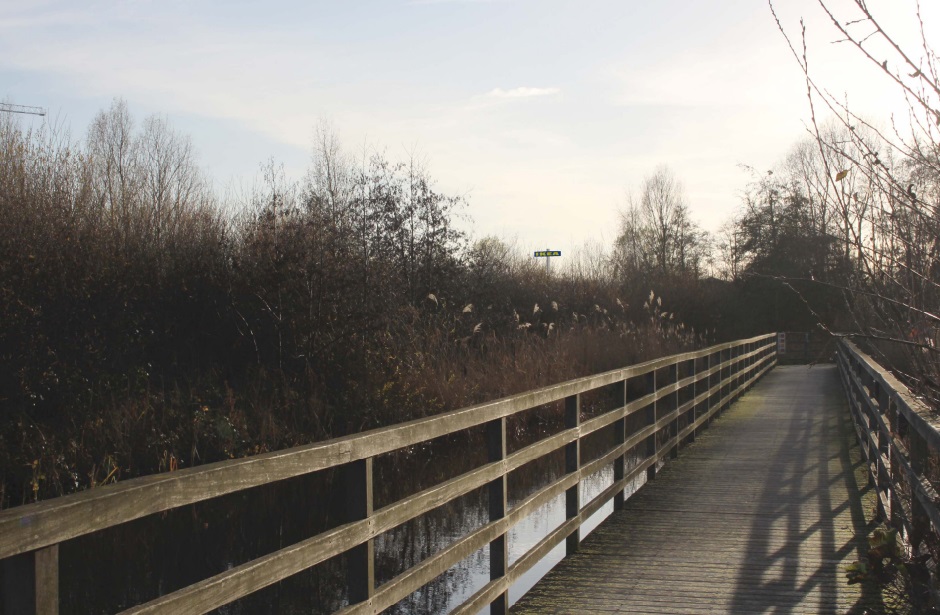 The prospect of an Ikea has been welcomed by many though concerns are widespread about additional traffic and pollution around the Blackwall Tunnel and surrounding area. 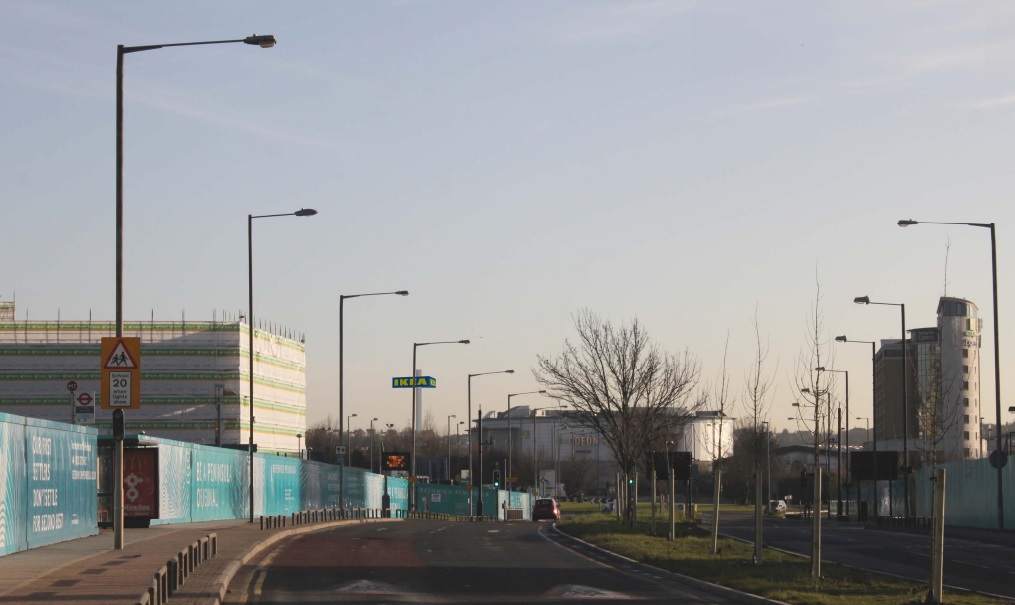 Greenwich council will receive millions from Ikea to mitigate impacts from the development but there’s no sign of street improvement work starting soon, nor of any consultation into exactly what work will be undertaken.

Numerous other developments in the area have brought the authority many millions of pounds in recent years to improve local streets and public spaces yet hasn’t been spent, in some cases for many years and now in danger of being lost.

The aforementioned Sainsbury’s superstore brought in £514,000 around four years ago and is still unspent.