Posted by fromthemurkydepths on February 12, 2018 15 Comments 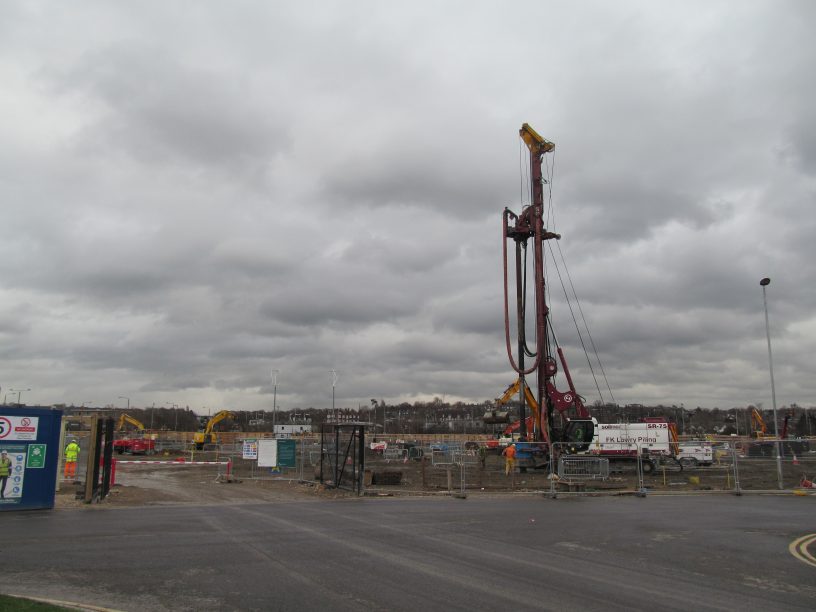 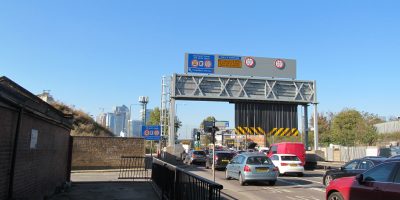 Building work on the new Ikea in Greenwich is now well underway. Much equipment and staff are on site before an expected opening date later this year.

The 33,000 square metre store will contain all the meatballs you can handle alongside flat packed beds and wardrobes. You know the drill. Ultra cheap breakfast and hot dogs by the check outs. I’m a fan of the store myself.

The design itself is a pretty bog standard box with some pretty bows tied upon it under the guise of being green and “sustainable” credentials. 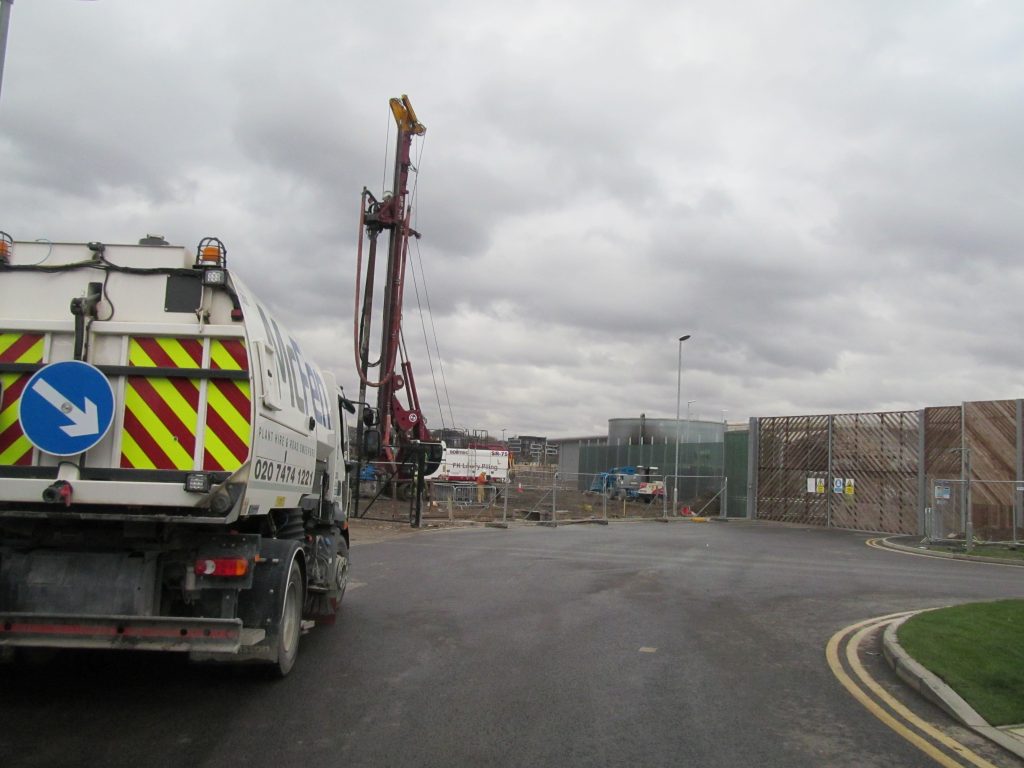 View from rear of new store where ecology garden once stood

Despite the widely held belief that people only go to Ikea for boxes of flat pack furniture that is taken home in cars, many do visit Ikea for their cheap cafe and low priced smaller items. 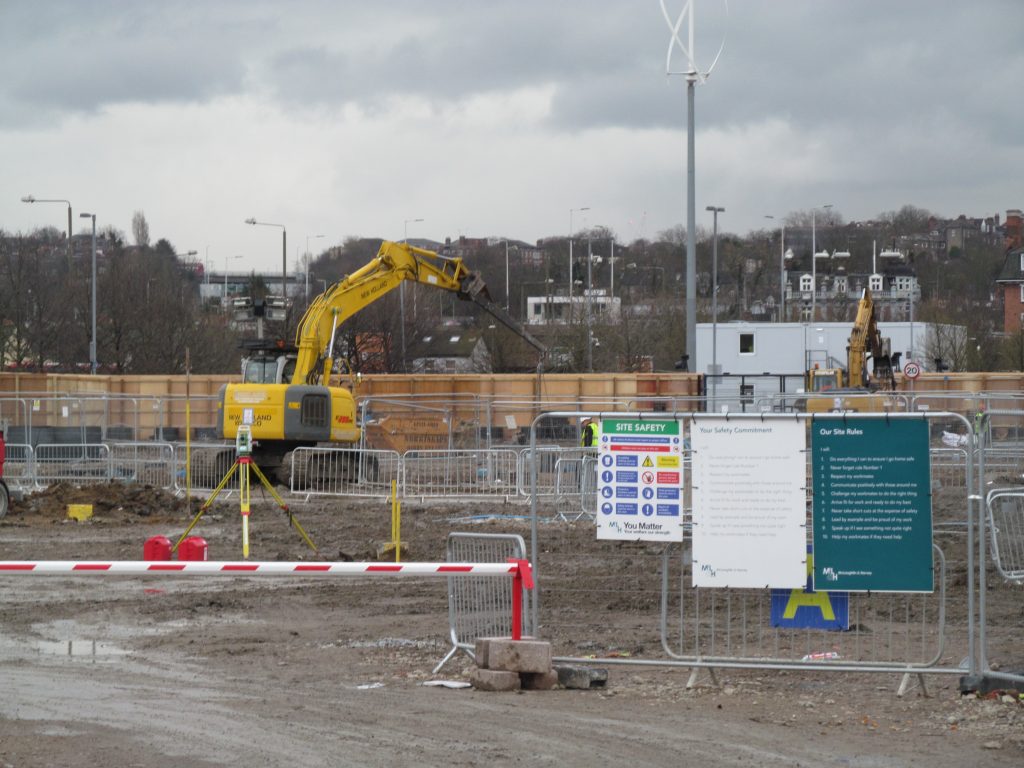 That doesn’t mean there wont be a substantial increase in cars in the area however.

There will, yet many will also arrive by public transport such as nearby Westcombe Park station, on bus and foot. 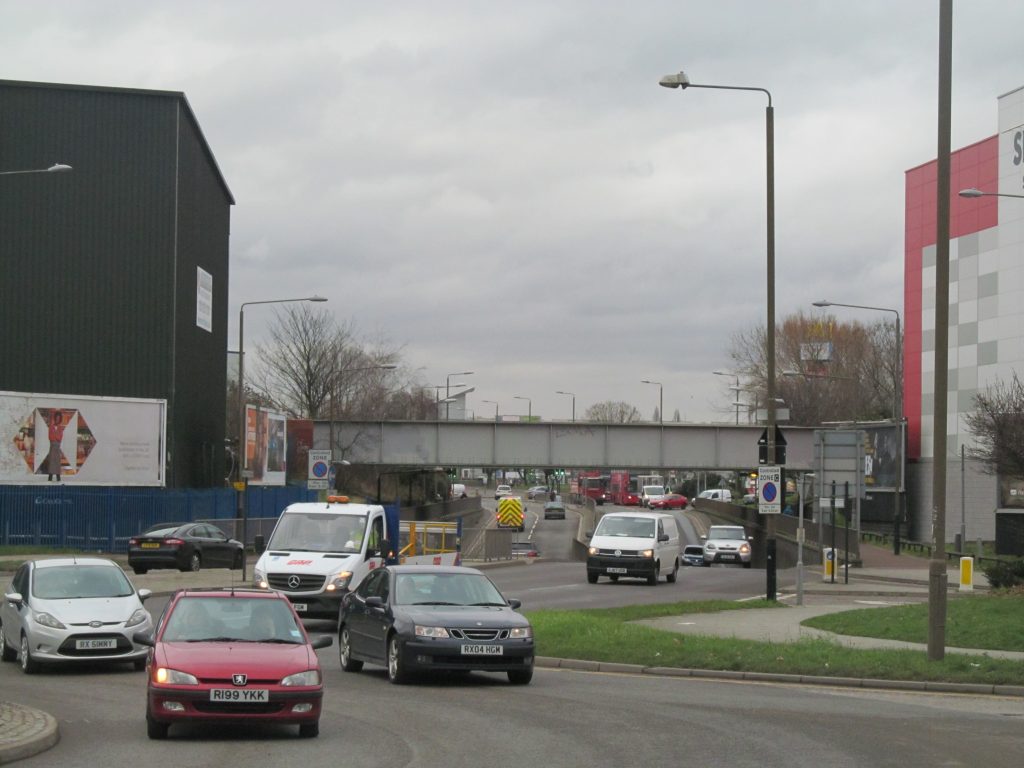 Heavy traffic on Bugsby’s Way before Ikea arrives. This was taken during an off-peak time (early weekday afternoon)

To have half a hope of sustainability they’ll need to be a huge improvement in streets surrounding the site to have more a trickle of people arriving on foot or cycle. 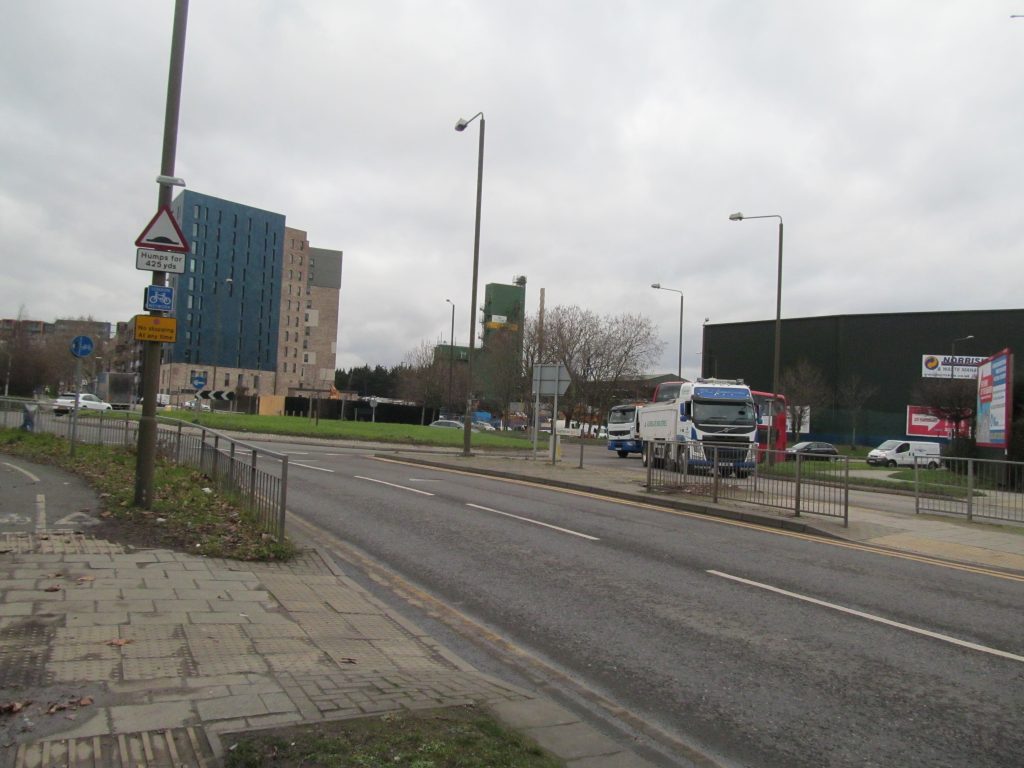 Well, not a bit. Massively shit. 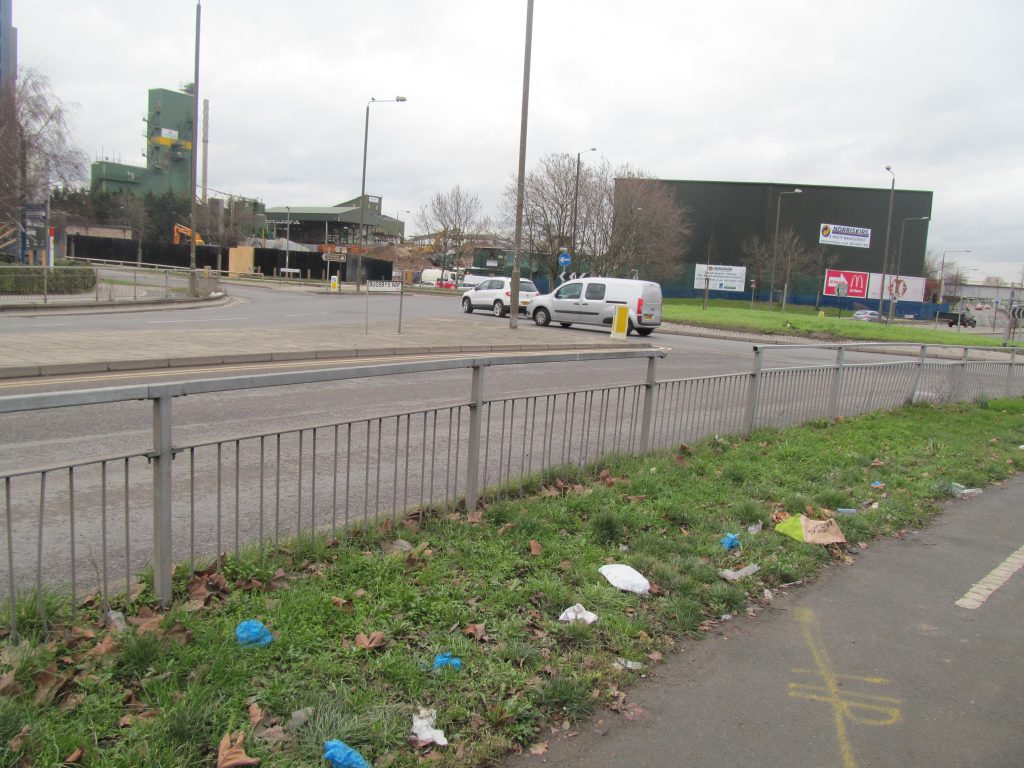 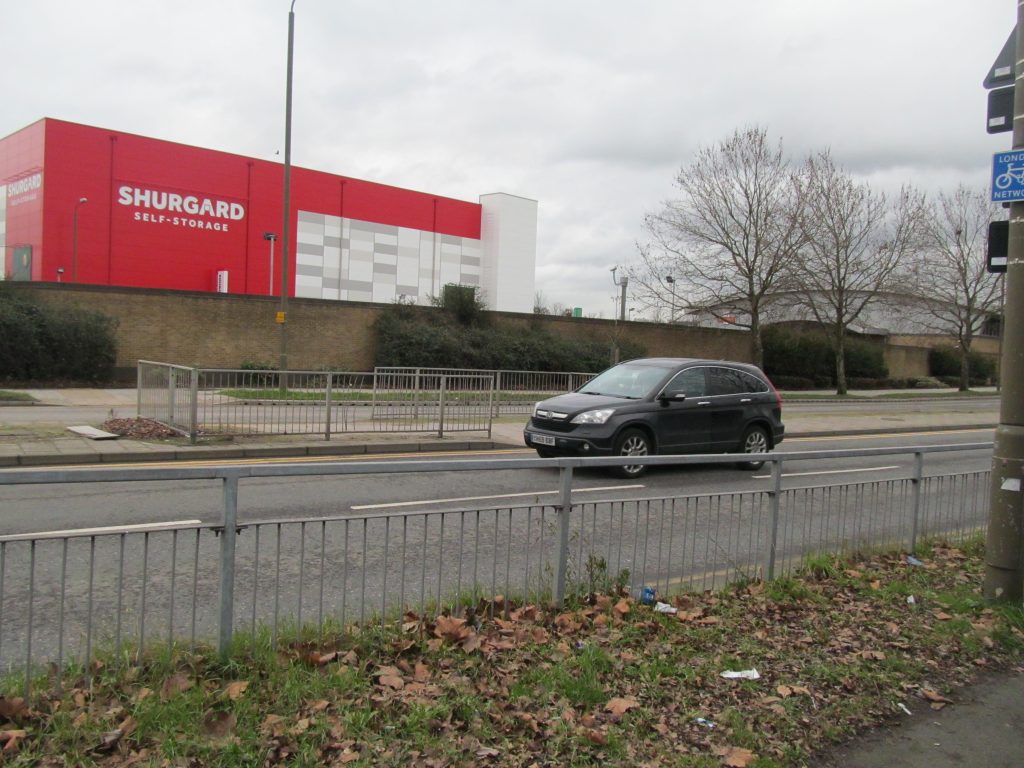 Lack of dropped kerbs in suitable locations for wheelchairs and buggies? Check 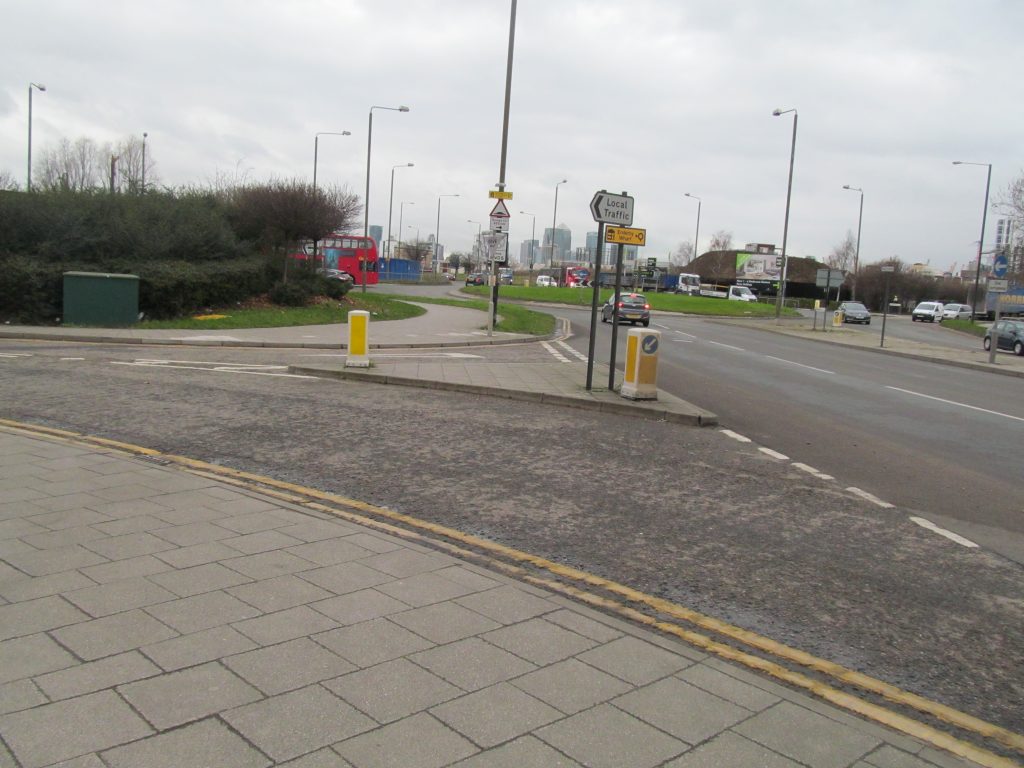 Ikea site located behind bus. No dropped kerbs on direct route from shops on Bugsbys Way. Some are located a fair distance on the left forcing detours

But Ikea is nine months away. Surely things will happen before?

Ikea is due to bring in £1.7 million to Greenwich Council for “transport” alone from Section 106 payments, which is cash from developers to local authorities to mitigate and assist with the impact of development.

Hopefully it’s spent a bit more quickly than Sainbury’s in Charlton, which brought in £514,000 for public realm improvements four years ago (still unspent) and £300,000 for transport (spent but not apparently not locally).

The Parcelforce site on Bugsby’s Way also brought in £234,000 from Section 106 in 2015/16. Again, none spent locally on transport or public realm improvements.

And on it goes.

Will it be different this time? All the walking initiatives and cycle classes count for little if streets are this bad.

Please help support me in reporting local news and events. I have a page you can donate (from £1) here.

EDIT: There’s often talk over who controls what roads on the Peninsula. This map from Greenwich Council shows most are under their control. Red is Greenwich. Blue is TfL.