Posted by fromthemurkydepths on January 30, 2018 34 Comments 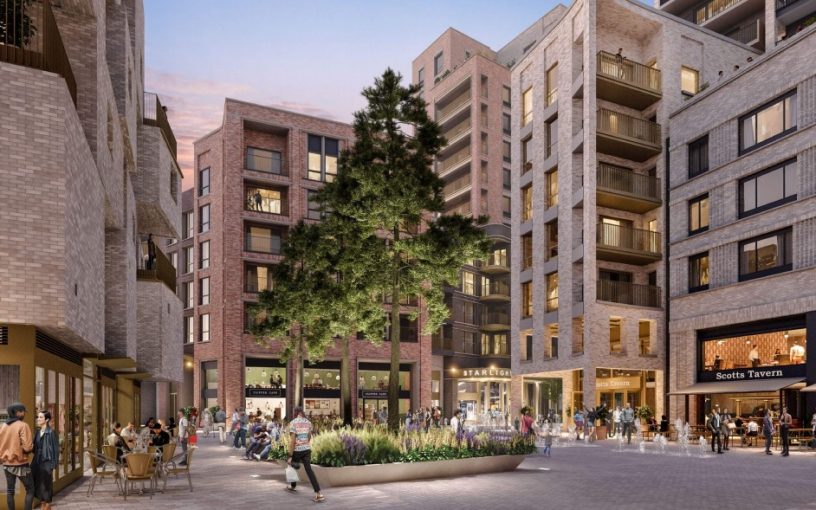 New town square. One of the best parts of the scheme

A planning application for 742 new homes and shops in Woolwich from Notting Hill and St Modwen has been submitted to Greenwich Council.

The scheme will bring in £2.5 million from the Community Infrastructure Levy income alongside Section 106 income yet to be decided. 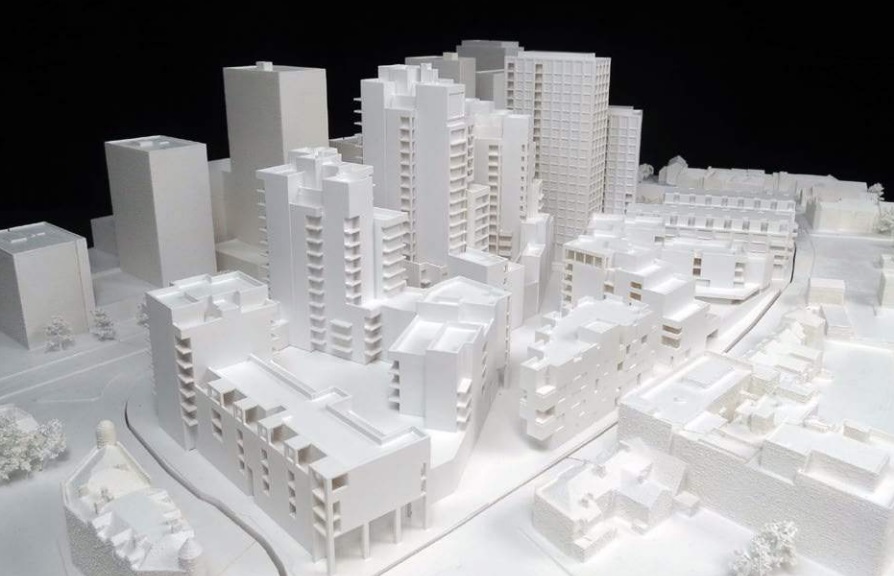 Model of the site

One of the biggest revelations is that all existing buildings are to be demolished including the covered market and buildings on Woolwich New Road.

Many buildings on the site are poor and losing them would be no great loss architecturally speaking. But a minority do have some merit even if currently they are unloved.

Up until mid-November 2017 there were no formal plans to demolish all buildings during meetings with Greenwich Council or other agencies.

Developers did propose in previous consultations replacing the corner building on Woolwich New Road with a pretty poor design:

Then at the last minute decided to get rid of all of it:

What’s being proposed instead is pretty much the same height and barely any greater density. The existing parade could look fantastic if renovated and incorporated into the new design. Yes it looks tired now with much crap signage but imagining it restored isn’t too difficult. 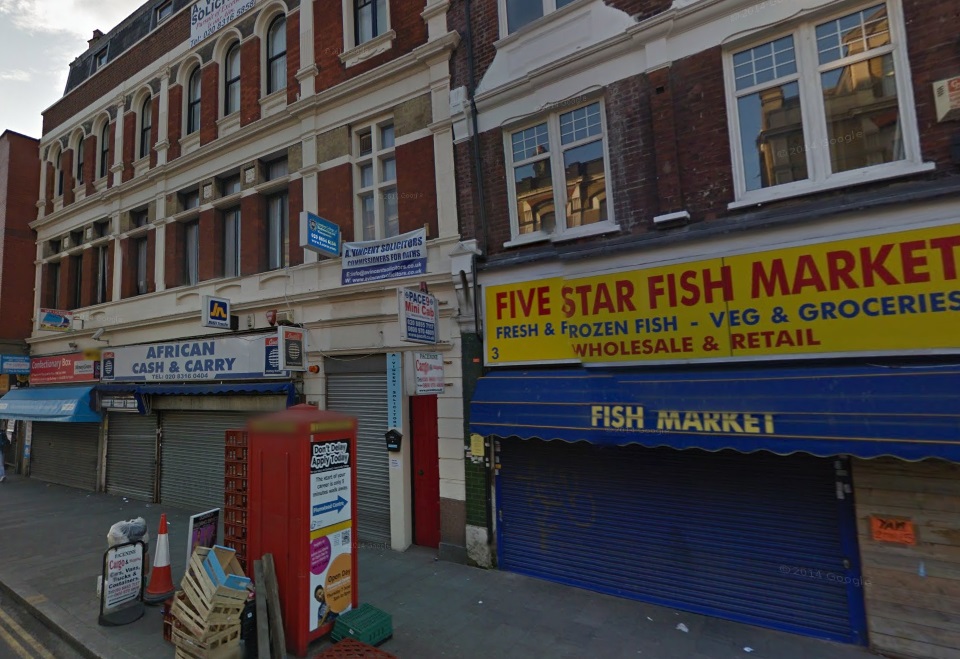 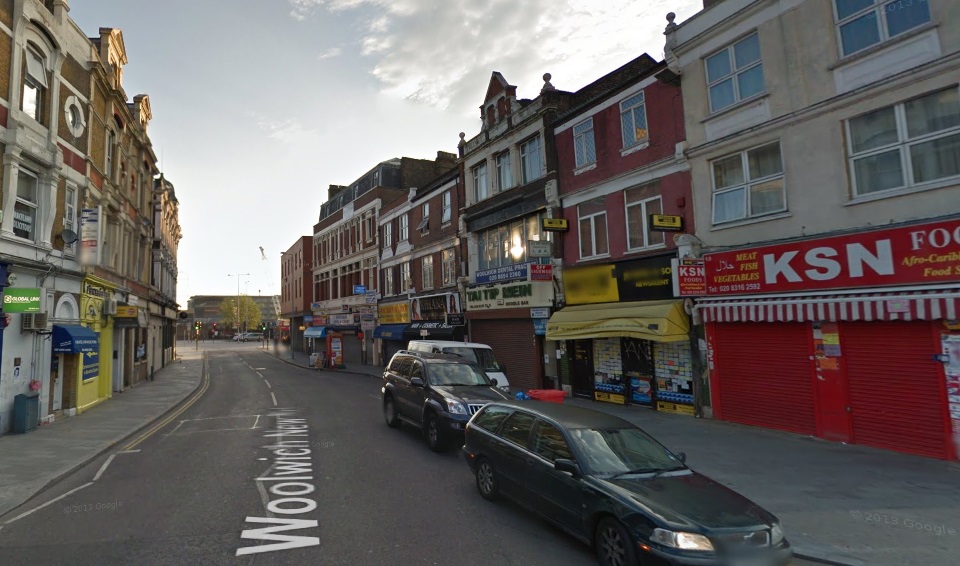 It’s a massive shame and something Greenwich borough councillors should ask tough questions about. It’s hard to see why yet more of Woolwich’s heritage should be wiped out, especially as this was only revealed just before submitting the plans.

Reasons given seem pretty feeble. The ceiling heights in retail units is one. Has anyone really had an issue using existing shops?

The paving space outside is another. That’s due to street clutter and redundant items like an old phone box alongside many advertising boards. Nothing that can’t easily be rectified.

Nearby in Woolwich is a recently approved scheme named the “Island Site”that also includes a cinema plan, and it demolishes poor quality buildings, restores those of merit and includes decent new builds around them.

In the words of the developer: “the team concluded that the development could not viably carry the proportion of Social Rented accommodation previously proposed”.

Nevermind eh, maybe Greenwich Council could pop along and spend some of the £65 million its allocated on market home purchases instead. It’s pretty awful value for the taxpayer mind.

The old market is going too, once Street Feast have occupied the site for a couple of years. Some elements of the roof will be re-used around the site.

Barely five years after millions were spent on improved paving along Plumstead Road and they want to dig it all up again. And get this, have plants amongst landscaping. 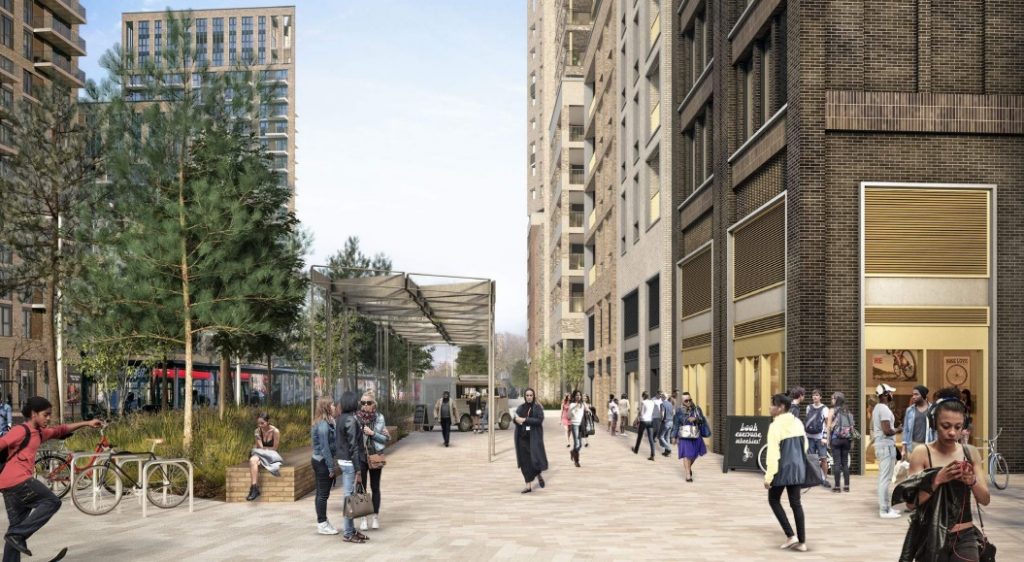 Nothing wrong with that you might think. But it’s high maintenance. Will it turn into a rubbish strewn area as the central reservation on Plumstead Road did within weeks of installation? Two years on and it was removed at more expense.

There a new square planned in the centre of the site which looks a positive addition and should be a focal point with restaurants and a cinema planned. 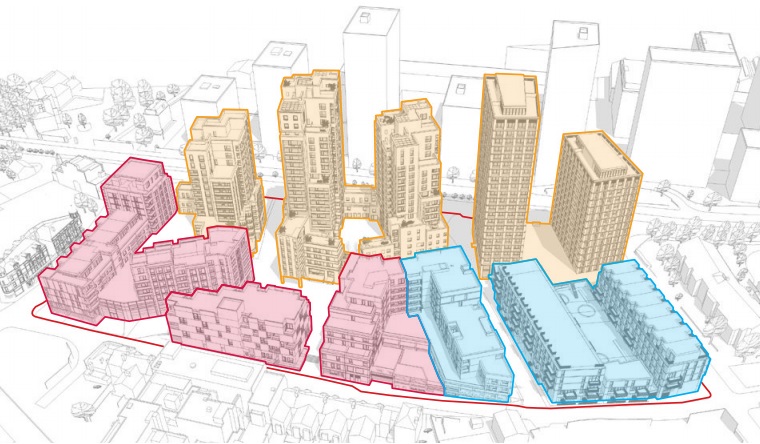 Towers are clustered to the north of the site near the towers recently built above the Crossrail station on the Arsenal site.

They do not look particularly inspiring:

The architects are Panter Hudspith and Glen Howells.

The planning reference is 18/0126/F. Search here to view and comment.

Please help support local independent journalism. You can donate from £1 to help me and the site here.