Posted by fromthemurkydepths on December 9, 2017 9 Comments 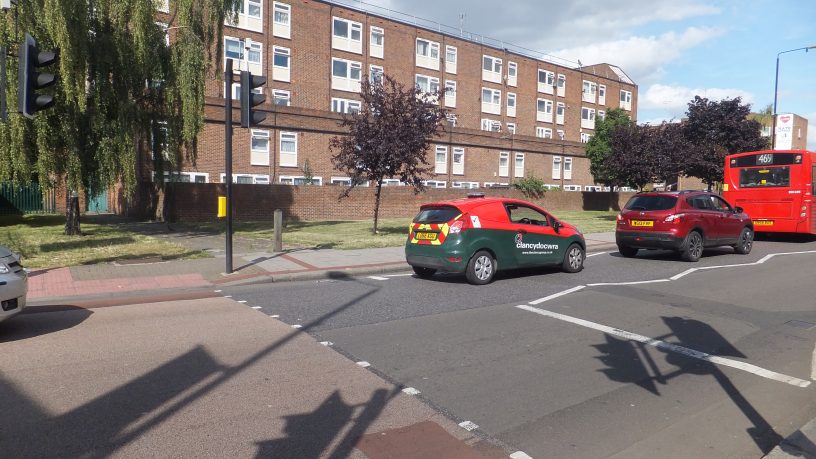 Flats in Plumstead. Another area with many issues

Greenwich Council tweeted the discovery of 28 previously unknown Homes of Multiple Occupation (HMO) in Woolwich yesterday. They were found on three streets – Brookhill, Sandy Hill and Elmdene Roads. Since October 1st HMOs have needed to be licensed in the borough.

Thanks to all the residents of Brookhill, Elmdene & Sandy Hill Road who provided info to our Houses in Multiple Occupation team yesterday. We found 28 unlicensed HMOs. Since 1 Oct 2017 all HMOs in Greenwich require a licence. https://t.co/WPYMisf9NK pic.twitter.com/g0pTZ45f3D

It may have been more but bizarrely they put up a sign advertising the fact they were doing checks. So any passing landlords, tenant or random individual could get calls out to not open the door.

The Houses in Multiple Occupation team have been out in Brookhill Road this morning & Sandy Hill Road this afternoon, identifying unlicensed HMOs. Don’t delay, get your licence today. Since 1 October 2017 all HMOs within Greenwich require a licence https://t.co/WPYMisf9NK pic.twitter.com/pAuRrs678b

The checks are a good step given the multitude of issues previously discovered.

Regulation of HMO landlords was agreed after checks had found huge levels of problems amongst HMO houses. Back in January 2016 a council report found noted the results of checks on private lettings:

Despite having the power to license for at least a decade it took a long time for Greenwich’s Cabinet to agree the move. It’s welcome to see action on problems causing widespread problems, yet it’s still one of the mildest forms of licensing they could adopt.

On the council’s HMO page there is no option for tenants or neighbours to report a suspected HMO.

In addition, they can license all homes rented privately in the worst 20% of areas for anti-social behaviour such as fly-tipping. It was previously the entire borough until central government restricted practices. Despite the council often blaming all ills on central government, this option has not been taken up yet.

The fine for not licensing a HMO is up to £30,000 and/or prosecution, along with the possibility of paying back up to 12 months rental income. The authority also has the ability to take control of rental income.