Posted by fromthemurkydepths on October 29, 2017 4 Comments

The first Crossrail test trains have arrived at Abbey Wood as planned shortly after the new station opened to passengers.

A train has been parked up on the single line that runs east of Abbey Wood station. It was dragged by a diesel locomotive on initial tests through the central tunnels. 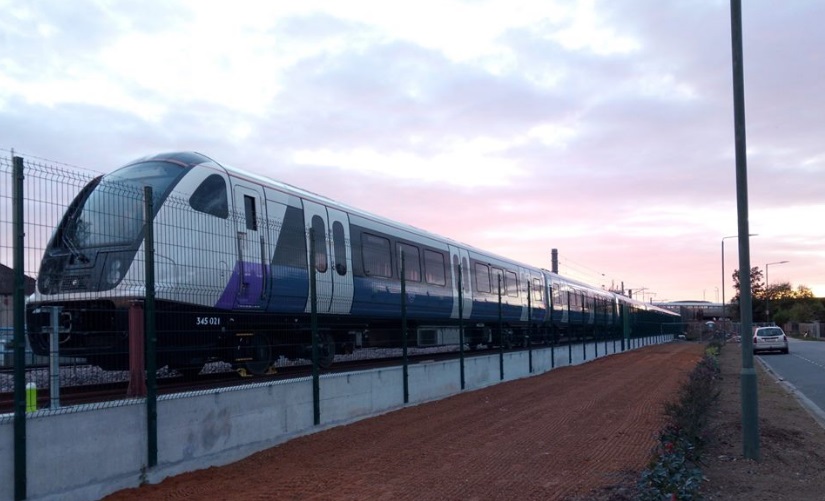 The test train has yet to move using overhead electrical wiring. This is expected to happen in coming weeks and months.

This train is the first seen with the Elizabeth Line logo on the side. Other test trains of this type (Class 345) operating between Liverpool Street and Shenfield have TfL Rail logos as the Elizabeth Line does not officially launch until 2018. 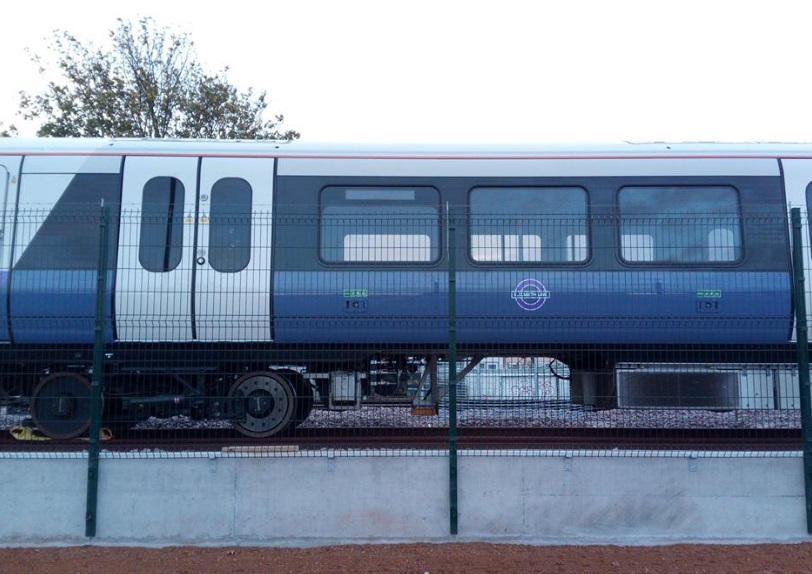 Air con will be operating on the stock which will be a relief for Southeastern passengers who are used to early 1990s Networker trains which lack air con alongside Class 376 trains which were the very last ordered in the UK without air con entering service from 2004.

There will be a small number of forward-facing seats which is good news for those who enjoy looking out the window during a trip and dislike tube-style seating facing the opposite side of the carriage.

Mind you, passengers won’t see much outside given trains enter tunnels in Plumstead and mostly stay underground until reaching west London,  passing through Paddington on the way to Reading or Heathrow.

Abbey Wood to Paddington will take just 28 minutes on Crossrail. It currently takes between 60-90 minutes. Many more employment and leisure destinations will be within a relatively speedy Elizabeth Line trip.

Public services from Abbey Wood to Paddington are due to commence in December 2018, with trains to Reading and Heathrow beginning in 2019.