Posted by fromthemurkydepths on October 26, 2016 2 Comments 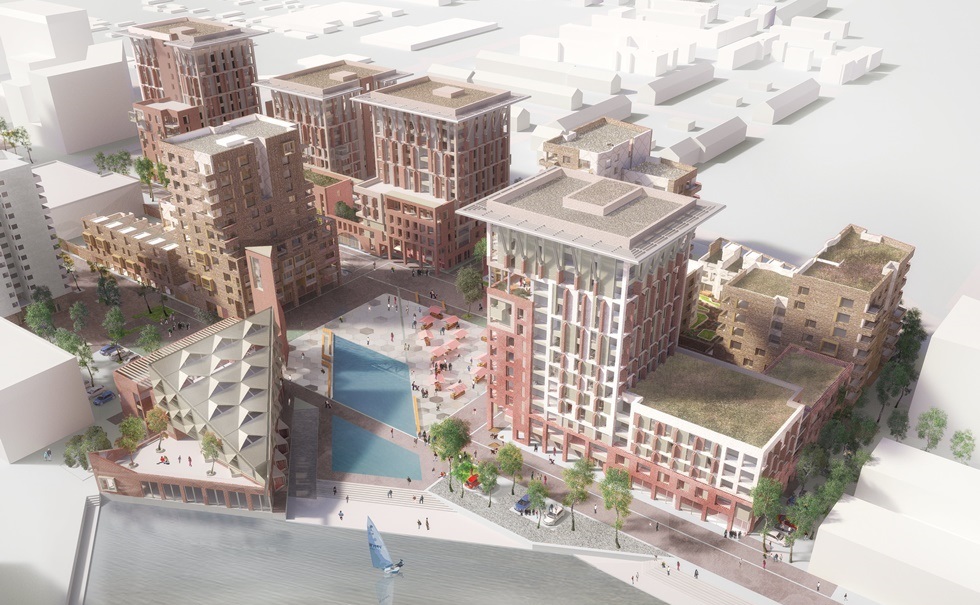 The green light was last night given for Peabody’s plan for mass-redevelopment of Thamesmead. Detailed plans for 525 homes were approved in this application, in the first stage of 3000 homes in two Housing Zones. Many thousands more will follow under current plans.

EDIT: It’s not 168 for social rent looking at the addendum:

Social rents are truly affordable. Changing it to “social rented or affordable” changes the game completely, as the definition of “affordable” is much broader and closer to market rents, which are unaffordable to many.

Overall it’s a great design. In comparison to the dreary grey tower proposed nearby in Abbey Wood, there’s a good mix of buildings and materials. Brick is the predominant material, in contrast to the concrete which dominated before.

The new square is beside the lake, much as Tavy Bridge was. Commercial units will face onto the area. Water features are extensively featured.

I was always a fan of Thamesmead on the whole, but it’s car-centric planning did lead to many issues. In place of an underground car park that existed at Tavy Bridge, these plans see a ground-level public square leading to the lake alongside water features. Previously a public square existed above the aforementioned car park, and was accessed by walkways.

That gives a car parking level of 0.46 per home. The thinking is of course that Crossrail will lead to many not needing a car. Interesting to see how that plays out. Despite common perceptions, this area has never been cut off too badly. North Thamesmead is the spot with issues.

It’s a 10 minute walk to Abbey Wood station. Until London Bridge rebuilding work, Abbey Wood had 10 trains an hour in the peak and 8 off-peak (it still retains this off-peak) which reach London Bridge in as little as 23 minutes. Many places have it worse.

There’s an assumption when it comes to train passengers that 75% will use Crossrail and 25% existing Southeastern services (or London Overground by then). It claims only 1 extra person using each bus in the peaks and 3 per SE train, and 6 with Crossrail. Is that reasonable in a 525 home development?

£10m will be spent on Harrow Manorway. This is the main access road for Abbey Wood station from Thamesmead and needs more capacity for buses. A welcome aspect is that dedicated bus lanes are mentioned. Hopefully this is for the entirety of the street to the station. 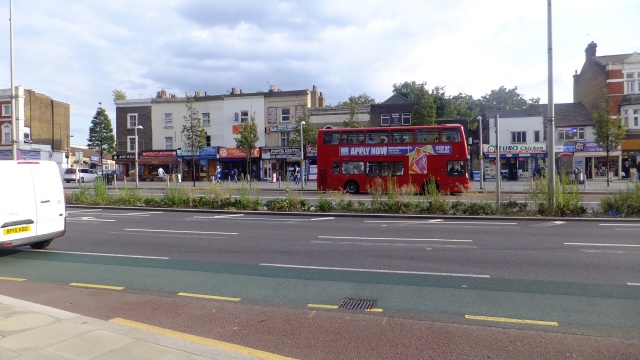 It may not be immediately clear but the strip in the middle had numerous amounts of rubbish trapped in plants and foliage. It looked very messy in person and for those driving by. It’s not great beside a new flagship development. Safety rules prevent council staff from cleaning regularly.

Back to Thamesmead, and though the borough boundary runs along the middle of Harrow Manorway, under a 1973 agreement Greenwich “maintain” the road. That figures. The term maintain is generous when looking at it. The new roundabout by Sainsbury’s is usually a mess and the area is poor for pedestrians. The usual story – barriers, street clutter and lack of thought about pedestrian permeability and desire lines.

Planning documents show that consultation on extra buses to the Crossrail station is expected in January 2017.

A potential issue is parking which is a major issue in the area. Proposing shared space in an area with such poor driving and parking may not be wise. Driving standards are atrocious. This area has some of the worst I’ve seen anywhere in the country. 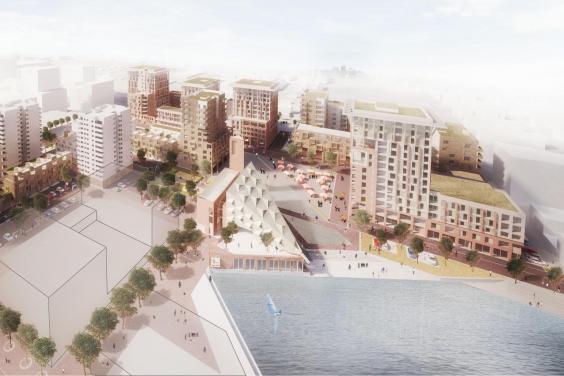 One of the first things to be delivered is a new Bexley Council library, which is seen above with the sloping roof beside the lake. Greenwich Council are also planning to open a replacement Abbey Wood library five minutes away despite Bexley having long standing plans. About £250,000 is being spent by Greenwich Council on this. Given the area’s needs, this choice of where to spend such sums is curious.

Aside from detailed plans for the area covered above, which should see building commence in 2017, outline plans for 1000+ other homes stretching down to Abbey Wood station were also approved. Further details of these will become clear in coming months.