Posted by fromthemurkydepths on August 3, 2016 0 Comments

Developer Meyer Homes are looking to build a large number of homes at various sites they recently acquired from Tesco. The most advanced scheme is at Dartford, with 500 homes planned:

It’ll be a nice boost for the town after Tesco helped ruin it after 15 years prevaricating. Dartford is one of those towns with masses of vacant or underused space in the centre that any rational development policy would see becoming residential, and fast. The town is only half an hour from central London. Of course it needs more and longer trains alongside, as does all the south east of London, but that’s not an impossible task.

There are a number of developments just north of the station, as I covered back in early 2015. But progress is glacial, as usual with the big housing developers. And there’s little coming to the masses of empty land south of the station. Many more homes mean many more people living in the town centre, and a chance to rejuvenate the town centre which has taken a battering since Bluewater opened.

These kinds of town have stagnated under Blair and Brown, then Cameron and Osbourne. Will the new Prime Minister and Chanceller finally get the UK building again, which means more intervention from local and central government given the abject failure of private developers and Housing Associations?

Over in Lewisham, Meyer plan a tower beside the station. Surely Southeastern will have to re-open the entrance at the north of the station they recently closed despite passenger numbers shooting up? Or, as seems likely, TfL will takeover by 2018 and it becomes London Overground, and then hopefully they’ll push it forward. 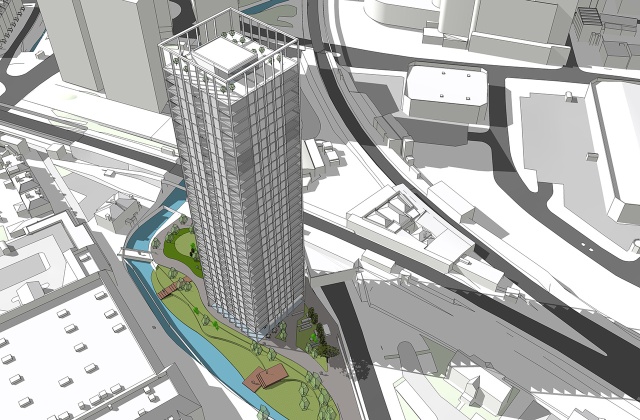 How will this impact upon plans for a new station for a Bakerloo line extension? The existing station is already creaking at the seams and new builds will surround on all sounds.

Lower rise blocks are shown above on the western edge of the Tesco car park.

In Woolwich plans seem a bit further behind. This is all that’s shown: 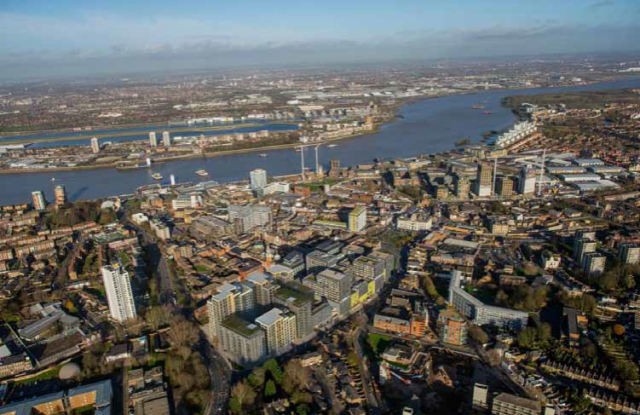 Very little detail here. It looks very similar to Tesco’s refused scheme, except there isn’t a tower at the closest corner. We know that over 700 homes are planned here.